The AUKUS nuclear submarines deal might have stirred regional controversy. But former Japanese ambassador Sumio Kusaka argues it will drive efforts to strike a strategic balance in the Indo-Pacific by ensuring the US commits to playing a central and a long-term role in regional affairs.

In recent months, I have at last begun to see some encouraging signs for the region’s strategic framework despite the volatility that continues to prevail in the Indo-Pacific. The announcement of AUKUS was a welcome, game changing development that will be instrumental to reestablishing strategic balance in a maritime zone that has become fraught with tension and uncertainty. The introduction of powerful and undetectable nuclear vessels to the Australian navy will provide a strong deterrent against any potential aggressor.

This brilliant and audacious act of diplomacy follows a period of intimidation and punishment by the Chinese government.

AUKUS presents a historic opportunity for Australia and likeminded nations to demonstrate their commitment to upholding the rules-based international order and ensuring a free and open Indo-Pacific, while sending a clear signal to China that bullying and harassment will be responded to with firm resolve.

Despite the opening of a dialogue between Joe Biden and Xi Jinping this week, I expect the Biden administration will continue to utilise all tools to rein in and deter China’s increasing strategic ambitions.

One positive development for the region’s strategic outlook is the rising profile of the Quad. This year alone we have seen two leaders’ meetings; the first online in March and the second in-person in September.

Importantly, the US was pivotal to both the establishment of AUKUS and the elevation of the Quad. It confronts many challenges at home and abroad. Yet it is still the only country able to lead resistance to the Chinese government’s increasingly aggressive posture.

Some question the need for AUKUS and the elevation of the Quad. We should not forget that numerous opinion leaders liken the region’s strategic environment to the circumstances of the 1930s, which led to the outbreak of the Pacific War in 1941. Few people today could imagine they might be faced with the prospect of fighting a war. People in the mid-1930s didn’t expect their lives to be entangled in a devastating war either.

Groundless optimism and recklessness could pave the way to a disastrous outcome. Eighty years ago, a militant Japan embarked on a horrific and deadly war that caused loss of life, suffering and damage on an immense scale. Many countries in the region were profoundly affected, including Australia. We must never ignore the lessons of the past.

Failing to acknowledge and respond to the strategic challenge China now poses would be perilous for the US and its security partners. The establishment of AUKUS is compelling evidence the Biden administration recognises the risks and is willing to take action.

The significance of the US decision to share top secret nuclear submarine technology with Australia cannot be overstated. The US has shared this technology only once – with the UK in 1958. The delivery timeline suggests this is a long-term commitment that ensures the US will play a central and enduring role in managing the security of the Indo-Pacific.

China is a more powerful and formidable strategic competitor than any the US has faced. I am sure the Biden administration does not believe it can respond to this challenge alone. AUKUS and the renewed focus on the Quad demonstrate that the US is conscious of the need for cooperation with likeminded nations, including Japan, Australia, India and the United Kingdom. In time, I hope that we will see more friends and partners from ASEAN and Europe work with us to achieve our vision of a free and open Indo-Pacific.

The Comprehensive and Progressive Agreement for Trans-Pacific Partnership (CPTPP) may yet play an important role for the US and the region in this respect. The Biden administration is said to have recently begun to consider the possibility of reviving negotiations on CPTPP entry. While bringing the US back to the CPTPP would be a challenging on a range of levels, I see an opportunity for Japan and Australia in particular to work with the US on this front.

Immediately after AUKUS was announced by the troika of US, Australian and British leaders, China made a surprise move to apply to join the CPTPP, quickly followed by Taiwan. China must have been mulling over joining the CPTPP for some time, yet the AUKUS announcement seems to have triggered Beijing’s decision. Why such a hurried reaction from China? China’s move seems to reflect the significance the Chinese Government attaches to the AUKUS announcement. The Chinese leadership seems to have been shocked at the sudden emergence of AUKUS and might now sense it is on shifting sand.

If China were to become a member of the CPTPP, it would reduce the influence of Japan and Australia, and make it more difficult for Taiwan or the US to subsequently join. Furthermore, China’s economy is slowing. Given the high tariffs now applied by the US on many Chinese products, it is not surprising that China is looking at the CPTPP to diversify and expand its market. Japan and Australia must now play their cards carefully. If China is accepted into the CPTPP, it should be remembered that decisions on new membership are taken on a unanimous basis; any one nation can block an application. This has serious implications for future applications by the US and Taiwan. In light of China’s actions in the South China Sea, the East China Sea, and the Taiwan Strait, it is clear it is accustomed to taking unilateral actions to advance its own interests even in the face of overwhelming opposition. It must be asked whether China’s ascension to the CPTPP would benefit the pact and its members. Taiwan is clearly far better placed to join the pact than China, given the latter’s heavy reliance on state-owned enterprises, lack of protection for labor rights, and widespread use of subsidies, just to name a few.

Taiwan says it has been preparing to join the CPTPP for the past five years by improving its regulatory environment in areas such as labor rights, environmental standards and the free flow of data. More importantly, Taiwan’s admission to the CPTPP would add a psychological obstacle to invasion, as it would signal the importance the international community attaches to Taiwan. Japan, which occupies the chair of the CPTPP until the end of this year, should quickly establish a working group to consider Taiwan’s membership. Next year, Singapore will take over as chair and China will undoubtedly pressure the Singapore government not to proceed with Taiwan’s membership process. In short, if this matter is not addressed quickly it will be at a cost to the interests of Japan and Australia and the CPTPP as a whole.

Turning to Japan, under the new Kishida administration, it is ready and willing to focus on the pressing national and international security challenges the country must contend with. Missiles are being developed and tested relentlessly by countries around Japan, most notably the DPRK and China. It is a logical and natural step that Japan must also prepare itself against potential missile attacks by establishing suitable missile defence systems and by other appropriate means. As an important first step, Japan must increase its defense budget significantly from the current one per cent of GDP.

Another critical situation we face is the Senkaku Islands. Despite Japan’s repeated opposition and protests, Chinese government vessels continue to regularly invade Japanese territorial waters as well as its contiguous zones for extended periods. 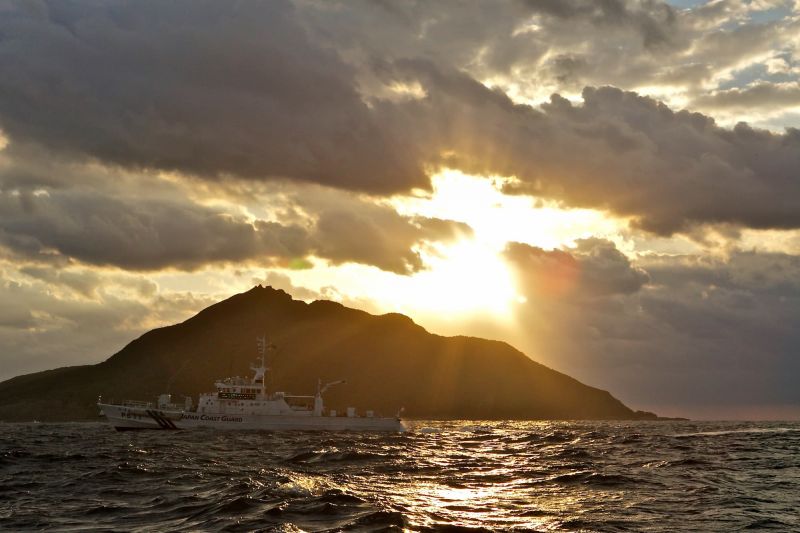 Again, Japan has to realistically assess the situation and prepare itself for any threat of a direct or indirect invasion of the islands. If invasion of the islands were to occur, Japan would have to take all necessary measures to dispel the aggressor. I have no doubt that the response would be conducted in close coordination with the US, Japan’s longstanding and deeply trusted ally.

Sea lines of communication in the Indo-Pacific are also vital to Japan, as they are to Australia and many other countries in the region. They are a public good for all nations. This is why Quad countries, ASEAN members and others are increasingly embracing and advocating the concept of a free and open Indo-Pacific. Close political and economic cooperation will be essential to realising a free and open Indo-Pacific. Japan and Australia must work with likeminded countries to advance sustainable economic development, including by promoting investment in quality infrastructure. Collective efforts to ensure all nations are able to enjoy freedom of navigation in the Indo-Pacific will also be of utmost importance.

Finally, we should never forget the more narrowly defined relationship between Japan and Australia. It is clear that the strategic interests of Australia and Japan are very closely aligned when it comes to regional affairs. Nevertheless, regarding defence and security, legal complexities can be an obstacle to facilitating closer bilateral cooperation. In this connection, conclusion of negotiations to establish a Reciprocal Access Agreement (RAA) would make it easier to undertake training and joint exercises for the respective defence forces of Japan and Australia on each other’s territory and thereby greatly enhance our coordination and capacity to cooperate. We reached an in-principle agreement on the RAA in 2020 and I hope it will be signed off as soon as possible, taking advantage of the opportunity presented at this critical juncture.

While our region and our world are currently faced with extraordinary challenges, the importance being attached to the Indo-Pacific by the US, the growing coordination and collaboration with partners including the UK, India and others, and the ever-present desire for Japan and Australia to deepen our cooperation on all fronts gives us a rare and historic opportunity to turn the tide of escalating tensions and reestablish the rules-based international order. At the same time, I feel many of our greatest challenges are still in front of us rather than behind us. We must be prepared, mindful of the lessons of the past, never to allow ourselves to underestimate just how much is presently at stake.

Sumio Kusaka served as ambassador of Japan to Australia from April 2015 to January 2019. The views expressed are those of the author and not the Japanese government.