The Quad, a loose strategic coalition of the Indo-Pacific region’s four leading democracies, is rapidly solidifying this year in response to China’s aggressive foreign policy. Following a recent meeting of their top foreign-policy officials in Tokyo, Australia, India, Japan, and the United States are now actively working toward establishing a new multilateral security structure for the region, writes Brahma Chellaney, Professor of Strategic Studies at the New Delhi-based Centre for Policy Research.

The idea is not to create an Asian version of NATO, but rather to develop a close security partnership founded on shared values and interests, including the rule of law, freedom of navigation, respect for territorial integrity and sovereignty, peaceful dispute resolution, free markets, and free trade.

China represents a growing challenge to all these principles. At a time when the world is struggling with a pandemic that originated in China, that country’s expansionism and rogue behaviour have lent new momentum to the Quad’s evolution toward a concrete formal security arrangement.

Of course, the Quad’s focus also extends beyond China, with the goal being to ensure a stable balance of power within a “free and open Indo-Pacific.” That concept was first articulated in 2016 by then-Japanese Prime Minister Shinzo Abe, and has quickly become the linchpin of America’s regional strategy.

While all of the Quad partners agree in principle on the need for a free and open Indo-Pacific, it is Chinese expansionism that has catalyzed their recent actions. China is forcing even distant powers like the United Kingdom, France, and Germany to view a rules-based Indo-Pacific as central to international peace and security.

France, for example, has just appointed an ambassador for the Indo-Pacific, after unveiling a new strategy affirming the region’s importance in any stable, law-based, multipolar global order. And Germany, which currently holds the European Council presidency, has sought to develop an Indo-Pacific strategy for the European Union. In its own recently released policy guidelines, it calls for measures to ensure that rules prevail over a “might-makes-right” approach in the Indo-Pacific. These developments suggest that in the coming years, Quad members will increasingly work with European partners to establish a strategic constellation of democracies capable of providing stability and an equilibrium of power in the Indo-Pacific.

After lying dormant for nine years, the Quad was resurrected in late 2017, but really only gained momentum over the last year, when its consultations were elevated to the foreign-minister level. US Secretary of State Mike Pompeo said this month that, “once we’ve institutionalized what we’re doing, the four of us together, we can begin to build out a true security framework, a fabric that can counter the challenge that the Chinese Communist Party presents to all of us.”

The Quad’s future, however, hinges on India, because the other three powers in the group are already tied by bilateral and trilateral security alliances among themselves. Australia and Japan are both under the US security (and nuclear) umbrella, whereas India not only shares a large land border with China, but also must confront Chinese territorial aggression on its own, as it is currently doing. China’s stealth land grabs in the northernmost Indian borderlands of Ladakh earlier this year have led to a major military standoff, raising the risks of further localized battles or another 1962-style frontier war.

It is precisely this aggression that has changed the strategic equation. Chinese President Xi Jinping’s authorization of People’s Liberation Army incursions into the Himalayas has forced India itself to take a more confrontational position. It is now more likely than ever that the Quad will shift gears from consultation and coordination to become a de facto strategic alliance that plays a central role in a new multilateral security arrangement for the region. 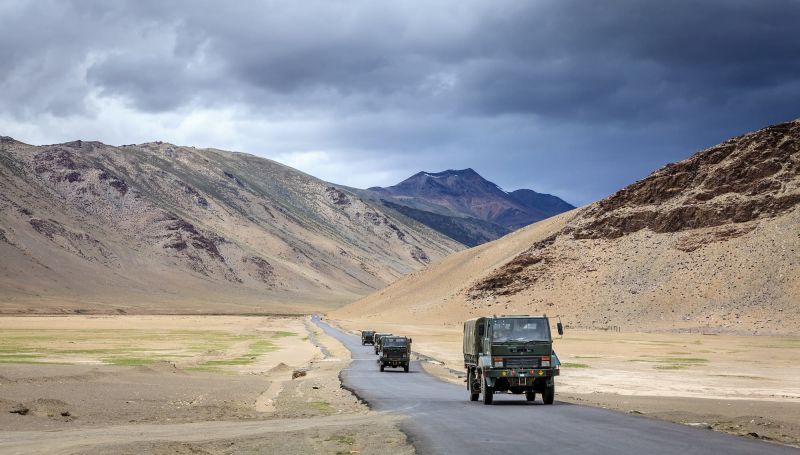 This new architecture will bear little resemblance to America’s Cold War-era system, which rested on a patron-client framework, with the US as the “hub” and its allies as the “spokes.” No such arrangement would work nowadays, for the simple reason that a country as large as India cannot become just another Japan to the US.

That is why the US is working to coax India into a “soft alliance” devoid of any treaty obligations. This effort will be on full display on October 26-27, when Pompeo and US Secretary of Defense Mark Esper visit New Delhi for joint consultations with their Indian counterparts. Most likely, this meeting will conclude with India signing on to the last of the four foundational agreements that the US maintains with its other close defense partners. Under these accords, both countries will be committed to providing reciprocal access to each other’s military facilities, securing military communications, and sharing geospatial data from airborne and satellite sensors.

Moreover, having held multiple bilateral and trilateral military exercises with its Quad partners, India is likely to invite Australia to this year’s “Malabar” naval war games with the US and Japan. This would mark the first-ever Quad military exercise; or, as the Chinese communist mouthpiece Global Times, put it, “it would signal that the Quad military alliance is officially formed.”

US foreign policy has always been most effective when it leverages cooperation with other countries to advance shared strategic objectives. Despite President Donald Trump’s undermining of US alliances, his administration has built the Quad into a promising coalition, and has upgraded security ties with key Indo-Pacific partners, including Taiwan, Japan, South Korea, Australia, Thailand, and India.

More fundamentally, the Quad’s consolidation is further evidence that the Xi regime’s aggressive policies are starting to backfire. International views of China have reached new lows this year. Yet the Chinese foreign ministry—doubling down on its “wolf warrior” diplomacy—recently dismissed as “nonsense” Pompeo’s plan to forge an international coalition against China. “He won’t see that day,” the ministry declared. “And his successors won’t see that day either, because that day will never, ever come.”

But that day is coming. The Quad once merely symbolized an emerging international effort to establish a discreet check on Chinese power. If Xi’s increasing threats toward Taiwan lead to military action, then a grand international coalition, with the Quad at its core, will become inevitable.

Brahma Chellaney is Professor of Strategic Studies at the New Delhi-based Centre for Policy Research and Fellow at the Robert Bosch Academy in Berlin, and the author of nine books, including Asian Juggernaut, Water: Asia’s New Battleground, and Water, Peace, and War: Confronting the Global Water Crisis.