Twenty years after the 9/11 terrorist attacks on the United States, terrorism expert Zachary Abuza reflects on the legacy of the war on terror in Southeast Asia.

The 9/11 attacks on the United States had a transformative effect on America’s relationship with Southeast Asia. And while certain US policies, in particular the 2003 decision to invade Iraq, were deleterious, overall US policies improved regional security and set up the architecture for the US rebalance to Asia, albeit one that has come in fits and starts.

At the time, several governments in the region were clearly in denial about the scope of the threat posed by Islamist terrorism. And they had very legitimate fears of the US forcing them into “its” conflict. President George W. Bush’s ultimatum that “you are either with us or against us,” was at best, not particularly well received in the region and, at worst, seen as coercive. Countries chaffed at US policy which swung wildly between the promotion of security and values. Aerial view of the Pentagon in the aftermath of the 9/11 attacks, Arlington, US - September 14, 2001. Image credit: US Air Force, Wikimedia.

On a positive note, Southeast Asia avoided direct US military intervention. Despite the size of the US military and national security establishment, the invasions of Afghanistan and Iraq sucked the oxygen out of the room. In many ways, this benefited Southeast Asia. The United States largely focused on capacity building, and allowed regional partners like Australia to take a lead role.

There were clear successes in building security sector capacity in the region, as well as abject failures. The establishment of Densus-88, Indonesia’s elite counter-terrorism police force, has been one of the best examples in the world. Densus-88, which now is deployed in every province, has an unparalleled record in thwarting terrorist attacks, with minimal foreign assistance.

The Philippines has been altogether different. The US built on existing institutions, unable to root out the endemic corruption or abusive policies that had long fed both Islamic and communist rebellions and criminal fiefdoms. Because transnational terrorist groups were able to graft onto indigenous insurgent groups, the US and the Philippines employed a military-led counterterrorism program. Twenty years and $2 billion in counterinsurgency (COIN) and counterterrorism (CT) assistance has not produced tangible fruits. The US assistance has only incentivised security force corruption and created moral hazard. The 2017 seizure of the southern city of Marawi by pro-Islamic State militants, who held off US-trained and supported Philippine troops for five months, should have been a sobering wakeup call.

The Pentagon’s Office of the Inspector General’s reports on the Philippines echo, on a smaller scale, all that went wrong in Afghanistan – missed targets, rampant corruption, egregious human rights abuses, and weaknesses in Philippine security forces. In short, US assistance has “failed to make a substantial difference in the internal security environment of the Southern Philippines.” 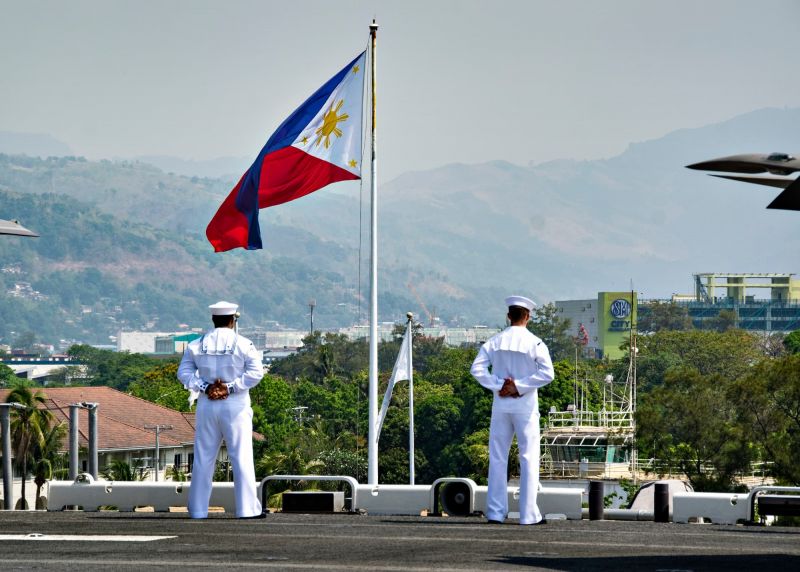 But the US played a really important role behind the scenes. Prior to 9/11 there was limited cooperation between the region’s parochial security services. The United States and Australia worked hard to establish trust with counterpart policing, border, military and intelligence agencies, which had eroded in the years after the end of the Cold War. The success in counter-terrorism in the region is largely the result of this enhanced interstate cooperation and coordination.

In some cases, the mere threat of unilateral US action compelled interstate cooperation. The threat posed by maritime terrorism got the US Navy very engaged in the defense of vital sea lines of communication; a threat to regional sovereignty. The data fusion cell for the Strait of Malacca and later the trilateral maritime patrolsamong Indonesia, Malaysia, and the Philippines, were largely attempts to prevent unilateral military action by the United States.

Post 9/11, the United States made two own goals that substantially damaged its standing in the region.

The first was the decision to invade Iraq, on falsified intelligence and without UNSC authorisation and any legal standing.

The invasion had an immediate impact on the development of terrorist networks and the establishment of the Islamic State. This is not to say that Al-Qaeda would not have splintered; there were already deep ideological schisms between Osama bin Laden and top ideologue Abu Bakar Naji.

But the US invasion catalysed the split, which had real ramifications in Southeast Asia. By 2010, Jemaah Islamiyah was all but militarily defunct; their final terror attack in 2011. The Islamic State’s sweep across Iraq and Syria in 2014 revitalised terrorist networks in Southeast Asia, and led to hundreds of militants engaging in hijra to fight with the Islamic State. Groups across the region, including the Mujihidin Indonesia Timur, Jemmah Ansharut Daulah, Islamic State Lanao, and the Abu Sayyaf Group, declared bai’at to Abu Bakr al-Baghdadi, which led to a new iteration of the terror threat.

Fortunately, regional security services were far more proactive in countering the Islamic State, and its slick social media presence. There was far more interstate cooperation, and a more thoughtful approach to meeting the threat, with strategies to target their funding and propaganda networks, and de-platforming them from social media. Islamic state groups are more horizontally organised and less disciplined and resourced than the pro-Al Qaeda groups, which has mitigated their lethality.

And, as history shows, the rise of the Islamic State forced President Barack Obama back to the quagmire of the Middle East, distracting him from his 2010 “Pivot to Asia”.

The second own goal was the failure to come up with a workable legal solution for processing terrorist suspects who were captured, whether on the battlefield, or in a safe house in Karachi or Ayuddhya. The US refused to give them “prisoner of war” status, which would have precluded interrogation and established the basis for their eventual release, while at the same time refusing to put them on trial in US Federal courts.

The alternative legal mechanism — the establishment of military tribunals — has been a legal travesty. Indeed the trial in August 2021 of Hambali and two Malaysian nationals for the Bali bombing, after they were first subject to years of captivity and “enhanced interrogation” in secret CIA prisons and then 15 years of detention without trial in Guantanamo Bay, eviscerated the reputation of the US as a champion of the rule of law. 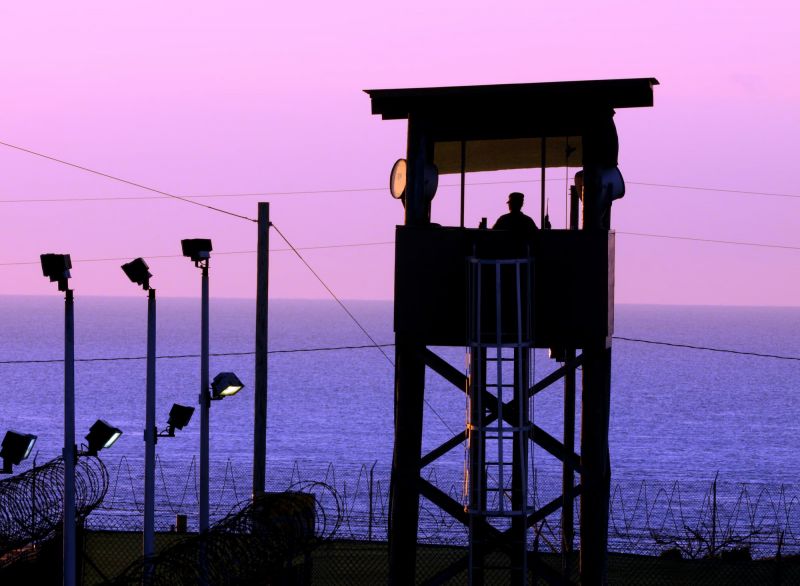 Encep Nurjaman ("Hambali"), the suspected mastermind of the Bali bombing, was held in the US military base at Guantanamo Bay, Cuba for over 15 years before his trial began in August 2021. Image credit: US Department of Defense, Wikimedia.

The dehumanising treatment and torture of Iraqi prisoners at Abu Ghraib caused irreparable harm to American standing, and diminished the US ability to serve as a moral beacon, a champion of human rights, and the rule of law. It made the United States a perfect target for China and others to draw attention to US hypocrisy, and for regional governments to justify their own abuses.

US counter-terrorism efforts in the region did pave the way for the pivot to Asia. The Obama administration was desperate to rid itself of the quagmires in the Middle East, and the juxtaposition with Southeast Asia, with its economic dynamism, success of democracy in Muslim majority states, and very effective counterterrorism was stark.

The United States recommitted itself to regional security, and has strived to build up the capacity of partner states, especially in the maritime domain. Though President Trump quit the Trans-Pacific Partnership upon taking office in 2017, the US led the development of the multilateral agreement that created an important multilateral architecture that supported regional economic growth, interdependence and a rules based order. For a brief period of time, it looked as though US interests of security, prosperity, and values were all being served.

But the long war on terror, ultimately served to distract. A preoccupied Washington, completely missed the rise and regional assertiveness of China. The construction of six manmade islands in the South China Sea went unanswered. The soaring ambition of the $1 trillion Belt and Road Initiative, could not begin to be matched. China developed alternatives to the US led international order, replacing the Washington Consensus, with the Beijing Consensus, built around trade, investment, the BRI and the Asian Infrastructure Investment Bank. While the United States was mired in the violent politics of the Middle East and engaged in the folly of state building, in places that lacked even the most basic prerequisites to make that ambition realistic, China was focused and quietly shaped the regional security environment to its own ends.

It is unclear now what impact the fall of Kabul will have on Southeast Asia. Afghanistan played a formative role in the development of transnational terrorist networks in the region; but that was long in the past, and most of the personal ties have been severed. We still need to see how the contest between pro-Islamic State and pro-Al-Qaeda groups plays out. Jemaah Islamiyah has never been stronger than it is today, even as the level of terrorist violence has declined. While the Taliban’s takeover is unlikely to lead to the immediate reopening of terrorist training camps for Southeast Asian militants, their victory will certainly inspire regional militants and keep them focused on a long-term agenda. And terrorist networks in Southeast Asia have always been fluid, with groups following the lead of stronger forces.