Whoever wins the imminent US Presidential election, Geoff Miller, Former Director-General, Office of National Assessments, writes, US-China relations will continue to be the most important geo-political issue for the world, and for Australia.

The Trump Administration has taken us a long way to a “decoupled” and divided world, and challenger Biden has spoken of how firm with China he, too, will be. But next week’s election will at least be a pause in the downward spiral. Being so closely involved with both countries, it will be in our interests to do what we can to make that pause deeper and more permanent.

Concerns about the “Quad” (an informal grouping of the US, India, Japan and Australia)—what it is, what might it become, how to make it work, how will Beijing react to it—were to the forefront earlier in October with the Quad Foreign Ministers meeting in Tokyo. Notably the other three Ministers, including our own, did not join in Secretary of State Pompeo’s shrill calls for a united front “against the Chinese Communist Party”, a lack of unity duly noted by, for example, Beijing’s Global Times.

But this most recent flourish of the Quad is not really the main game, for Australia or for the other countries involved. The main game must be how to get relations between the US and China on to a better and more sustainable footing, with all that that would mean for a host of other countries, including Australia.

The polls indicate, and most commentators believe, that Biden will win, but Trump is campaigning furiously, and the prospect of a legal imbroglio also looms. Neither Biden nor Trump has made much of foreign policy in their campaigns. Biden has said he would not be bluffed by China, and would not hesitate to “call it out” or retaliate against egregious acts, but the end of the Trump Presidency would certainly break the flow of “China is the enemy” that has characterised it. Trump has surrounded himself with “China hawks”, and has personified the US anti-China campaign, but given his record it’s not impossible that a re-elected Trump would reverse policy towards China, if he came to believe that that was in the United States’, or his own, interests. 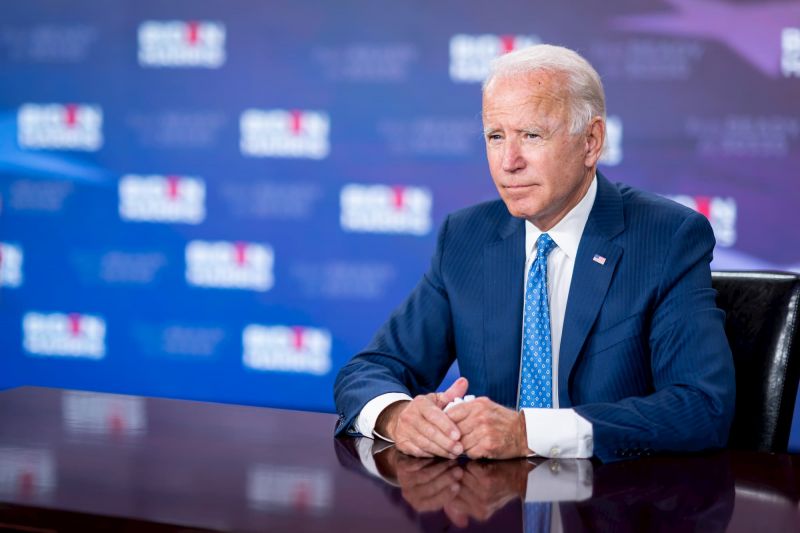 A Biden Presidency would certainly break the flow of "China is the enemy" US foreign policy. Image credit: Adam Schultz/Biden for President, Flickr.

Whoever wins, in the election aftermath it will be important for Australian policymakers to keep in mind that our position and the US’s position are not the same. We want a peaceful, prosperous and stable Asia-Pacific, or Indo-Pacific. The US wants that, too, but also wants to be top dog in it. As a US academic visiting Australia said last year, “the US can not tolerate a peer competitor”. But China is one, and many in the US “feel the hot breath”.

There are one or two things that can be said in response to the “peer competitor” line. One is “grow up”. Another is “compete, don’t complain”, and there are certainly voices in the US saying just that. The important thing for us to remember is that while we value our alliance relationship with the US, that is not the policy end-point for us. That end-point is a state of affairs in the Asia or Indo-Pacific under which we and other countries can live peacefully and prosper, in a stable environment.

How can that be achieved? Certainly not by following the tack taken by Pompeo, who can’t even bring himself to speak of the “Chinese Government”; rather he refers to the “Chinese Communist Party”. It’s a great pity that at this possibly pivotal time we don’t have anyone at the highest levels of our Government with a strong personal relationship with a Chinese counterpart, as Prime Minister Hawke had with Premier Zhao Ziyang – someone who could effectively make the point that China’s actions in the South China Sea or in regard to the Uighurs aren’t really in China’s best interests, without making a public campaign of it.

Perhaps our very able Ambassador in Beijing is saying these things anyway. And perhaps our goal of a peaceful, prosperous and stable Asia-Pacific can only come about if both the US and China can more fully accept that they have to live with each other, make room for each other, and not regard any step forward by one as a step back for the other, as Trump is said to be prone to do.

We also have to look at our own bilateral relationship with China. Why is it now described as in its “most frozen” state ever, despite China still being our largest trading partner, and still buying huge amounts of iron ore at record prices, thus preventing our budget deficit from being even larger? Both sides have contributed to the present situation, and we need to recognise that if we are going to improve it.

The list of faults ascribed to China in the West, and particularly in the US, is by now well known. It includes expansionism, particularly in the South China Sea; unfair trading practices; theft of intellectual property; cyber intrusions; efforts to influence other countries’ politics by improper means; and violating the human rights of its own citizens, in particular the Uighurs of Xinjiang. That appears to be a damning list, but there are points to be made about many of the items on it. For example, the famous “9 dash line” in the South China Sea was not the creation of the Chinese Communist regime, but was a claim first put forward in the early part of the 20th century by Sun Yat-sen, the leader of the Chinese nationalist movement.

And while China’s economic model is certainly different from those in most Western countries, with a larger role for the state and state enterprises, in terms of international trade disputes its record since joining the WTO has been good. It has both brought complaints to the WTO and been complained against, and it has complied with the great majority of WTO decisions that found against it. In terms of bilateral relations, and concerns for Australian commodity exports to China such as barley and wine, it is important to remember that Australia has taken many more complaints against China to the WTO than China has brought against us.

There is, of course, another tranche of accusations that it is difficult for an outsider to comment on, because what happens occurs under wraps. I refer primarily to the cyber sphere. It has become commonplace in discussions about China to talk about its unparalleled record of cyber intrusions and attacks. Former prime minister Turnbull was clearly convinced of this, and spoke of the “industrial scale” of China’s cyber interference. Our intelligence and security agencies frequently speak publicly of attacks on Australian institutions and facilities by a “large state actor”, widely interpreted by our media as referring to China. I have no way of knowing what the facts of the matter are, but let me cite a recent book by a leading New York Times writer on security affairs, David Sanger. In the book, called “The Perfect Weapon”, he says that China is indeed very advanced in cyber techniques, and is surpassed by only one country, the United States. If we do what people involved in international affairs are so often urged to do—and indeed should do—that is to look at the situation from the other side’s point of view, it’s not hard to see why the Global Times, the English-language newspaper published in Beijing under the auspices of the People’s Daily, has recently very matter-of-factly included Australia in a group of “unfriendly countries” which China would be wise to diversify away from economically – in this case particularly in regard to coking coal. Needless to say such a policy, if implemented, would be of enormous significance, and harm, to us.

I doubt that a Chinese official, looking at Australia, would be too surprised or upset by our concerns about the Chinese islands in the South China Sea, or about the human rights of the Tibetans or the Uighurs. He or she might not even be too concerned about our participation in the Quad, given Pompeo’s failure, so far, to get any of the other three to join in his openly anti-China campaign. But where we have singled ourselves out, unnecessarily in my opinion, is in our leadership of the push against Huawei, which is a very important part of China’s effort to play a leading role in regard to new and emerging technologies, and in initiating the call for an external inquiry into the origins of COVID-19.

It’s sensible to want to protect ourselves against cyber takeover—if Huawei indeed represents a threat of that—and to want to see an examination of the origins of COVID, but not wise for us so apparently lightly to throw mud in the eye of our largest trading partner, and endanger a relationship pursued for decades by both sides of Australian politics, a relationship which relatively recently culminated in our valued free trade agreement.

There are of course other examples of “unfriendly” behaviour on the part of Australia or Australians that might have attracted the attention of our Chinese observer. They include the Treasurer’s decision to prevent a Chinese dairy company from buying an Australian dairy company already owned by a Japanese firm, despite the proposed deal having been approved by the Foreign Investment Review Board; Senator Eric Abetz’s demand that three Australians of Chinese ethnic origin appearing before a Senate committee unequivocally and publicly condemn the Chinese Communist Party; and the many activities and publications of the Australian Strategic Policy Institute, a body largely funded by our Government (as well as by US defence contractors), which strongly criticise China, with at least one such study even done on commission from the US State Department.

So whoever wins the presidential election, what should we do? One thing we should not do is try to further entrench the relationship of competition, even confrontation, between China and the United States and the countries it can persuade to join it. The Quad, however ineffectual it may be, in a way symbolises that. As I said above, it’s a great pity that at a time like this we don’t have Bob Hawke around to add his personal contacts and empathy to efforts to bridge the gap that has developed between the two great powers. Perhaps the Government should ask John Howard, who as Prime Minister had good relationships with Chinese leaders as well as in the US, to think about what he might be able to contribute.

But I firmly believe that what we must try to do is to include China in joint efforts and mechanisms and gradually re-build trust, rather than build alliances to defend against or contain it. One reason is that efforts to contain or limit China simply won’t work; see what it’s already doing economically in Europe, Latin America and southern Africa, as well as in East and Central Asia, and with Russia. Another reason is that it’s such a negative thing in which to invest our efforts and future. Of course it will be up to the Chinese how they respond. But we should have a go.

Geoff Miller is a former diplomat and government official. He was Director-General, Office of National Assessments, deputy secretary, Department of Foreign Affairs, Ambassador to Japan and the Republic of Korea, and High Commissioner to New Zealand.

This article originally appeared on the Pearls and Irritations site on October 30, 2020.