Asia-Pacific economies have long considered the possibility of a sweeping free trade area encompassing all 21 APEC members. Heath McMichael and Mike Adams argue it might still be a distant prospect, but the potential benefits justify big ambition.

As early as 2004 APEC leaders alluded to a vision for a Free Trade Area of the Asia Pacific (FTAAP). This was in response to suggestions from APEC’s business arm, the APEC Business Advisory Council, which foresaw the benefits of such a large FTA.

From the outset, the FTAAP was promoted as a long-term goal to support sustainable, inclusive growth in regional and global trade, create jobs, and increase opportunity and wealth through a combination of regulatory convergence and gradual, but ambitious, trade liberalisation. Free trade agreements such as the Comprehensive and Progressive Agreement for Trans-Pacific Partnership (CPTPP), the Regional Comprehensive Economic Partnership Agreement (RCEP) and the Pacific Alliance were to be the key pathways towards comprehensive regional economic integration.

To date, the Collective Strategic Study on Issues Related to the Realization of the FTAAP represents FTAAP’s high watermark as a strategic concept. Based on the study, APEC leaders in their Lima Declaration called for work on activities related to trade and investment issues “in order to advance the vision for the eventual realization of the FTAAP”. More than 120 initiatives were completed that address both traditional and next generation trade and investment issues (e.g., non-tariff measures, services, customs procedures, digital trade and e-commerce, and environment). This was a considerable achievement given APEC’s traditional consensus approach, which necessitates the balancing of different national perspectives.

However, there has not been much, if any, traction at a high policy level. Initially, progress was slow as APEC’s member economies were not equally committed to including trade and investment issues as elements of an eventual FTAAP. China strove unsuccessfully to inject positive messaging on FTAAP in APEC leaders’ statements and repeatedly called for the launch of negotiations by 2020. The United States took a more circumspect line, reflecting its interest in seeing movement in controversial areas such as labour and state owned enterprise reform.

Significant headwinds have impeded development of FTAAP over the past decade. Globalisation has slowed and global trade liberalisation has stalled – developments that have been intensified recently by war in Europe, nation state concerns about borders and sovereignty, COVID 19-induced disruption to global supply chains, growing protectionism, and increasingly strident language pitting democracies against autocracies. Developments like the Phase One US-China Economic and Trade Agreement in 2020 and the US’s proposed Indo-Pacific Economic Framework have promoted large-scale trade diversion in the case of the former and reek of being overly ideological in the case of the latter. Neither is a helpful building block for FTAAP. 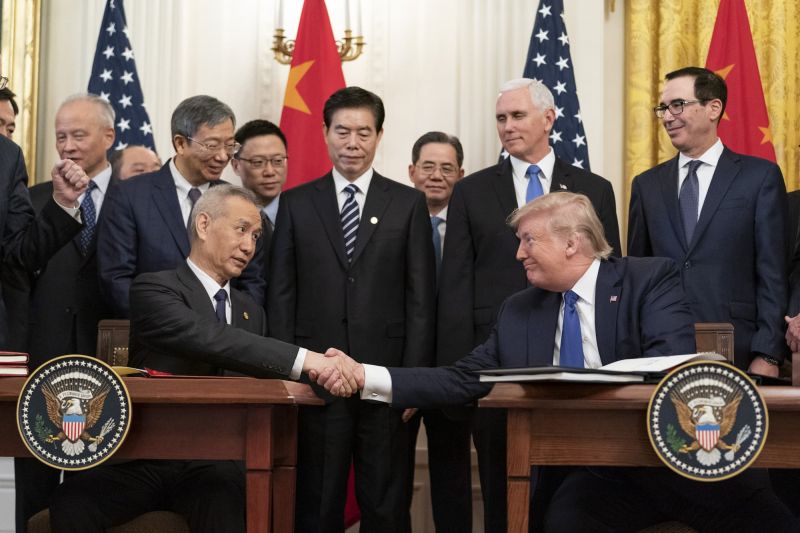 It is perhaps surprising that at the start of its APEC host year in 2022 Thailand called on member economies to ‘refresh’ discussions on FTAAP. In February, Thailand’s Senior APEC Official, Thani Thongphakdi, stressed that while differences over FTAAP persisted, there were opportunities for cooperation, particularly in health, environment, sustainability and digital economy. Less surprisingly, in light of geostrategic tensions and global economic uncertainty, APEC Trade Ministers meeting in Bangkok in May scaled back their ambition for FTAAP, calling for a multi-year FTAAP work plan “to reopen and reconnect the Asia-Pacific economy in a balanced manner”. Given revival of FTAAP was a large part of its APEC host year in 2014, China is likely to support any such refresh, although it is unlikely to push too hard on the concept at this stage. Other APEC economies are still formulating a response.

Whether APEC is poised for further substantive work on FTAAP or merely continuing to give it lip service, its circumlocution conceals an inconvenient fact. Most countries in the Asia-Pacific region are highly dependent on international trade and investment for their livelihoods. They place a premium on developing imaginative and ambitious trade agendas that are fit for purpose in the 21st century. And they have a big stake in working to prevent trade-destroying blocs emerging around the US and China. As Singapore Prime Minister Lee Hsien Loong warned in May, countries should be very careful about “taking extreme measures pre-emptively before conflicts arise”. Lee further stressed that, “whether to disconnect from global supply chains and strive for reshoring or to go for ‘friend-shoring’, and to cut off countries that are not allies or friends, such actions shut off avenues for regional growth and cooperation, deepen divisions between countries, and may precipitate the very conflicts that we all hope to avoid”.

The Asia-Pacific region has some of the most advanced trade agreements in the world, and they are evolving — not just RCEP and CPTPP — but also innovative agreements on digital trade and other new generation trade and investment issues. Working towards agreements that elaborate on existing WTO rules or go beyond them and that are open to others to join if they meet the standards, represents an inclusive approach to trade and investment that is important for the region economically and potentially for the eventual realisation of FTAAP. In time, the momentum also might flow to help revitalise the WTO itself if it can craft the common goals and muster the leadership and flexibility needed to advance plurilateral negotiations on ‘new’ issues from electronic commerce and services domestic regulation to investment facilitation for development and state-owned enterprises.

For Asia-Pacific countries, including Australia, making the case for an eventual, ambitious FTAAP is worthwhile as one strand of their broader strategies to keep markets open and growing, arrest drifting into blocs and take responsibility for their trading futures. That FTAAP is unlikely to enjoy strong political traction in the foreseeable future, amid battling superpowers and obvious complications with Russia, is not an argument for putting it aside as a long-term goal. Rather, it is an argument for countries — many small and medium-sized that have a big stake in the rules-based trading order — to keep it as a clear aspiration and to put in place building blocks that might one day bring it to fruition.

The world is changing rapidly. US-China relations are now, and have been for some years, the most consequential issue for the international economic order and for much else. Without that relationship working better, other countries cannot expect their relationships with China and the US to settle on firm economic or security footings. But this is no excuse for either sliding into a Cold War mindset or for ignoring the fact that our collective strength lies in openness to competition and ideas. There is a certain clunkiness in how FTAAP can be realised in any workable form during a testing period of world history, but it is a worthy idea that is not diminished by grand ambition. Right now, expressions of regional and global optimism and of the opportunities and progress from working cooperatively are sorely needed.

What role can Australia play in furthering progress on FTAAP? One initiative would be to promote confidence building measures amongst APEC economies as a pathway to negotiations on FTAAP. CBMs might focus on issues like trade and investment facilitation that are not controversial and where APEC has significant strengths from its past work.

Heath McMichael worked on APEC regional economic integration in the Australian Department of Foreign Affairs and Trade between 2009-2018. He is a member of the Katalis Technical Services Panel set up under the Indonesia-Australia Comprehensive Economic Partnership Agreement (IA-CEPA).

Mike Adams is a former Australian Department of Foreign Affairs and Trade economist and partner in Trading Nation Consulting.