The sinking of an Indonesian submarine in April was a stark reminder of the poor state of much of the country’s military hardware. Yohanes Sulaiman and Donald Greenlees argue presidential aspirant and defence minister Subianto faces one of his toughest tests in dragging the Indonesian military into the 21st century.

On February 22, the Indonesian Survey Institute (LSI) published the results of a poll that rated Minister of Defence Prabowo Subianto as the top performer among President Joko Widodo’s ministers, with 75 percent of respondents expressing satisfaction with his performance. The result should be taken with a grain of salt as it might only reflect a reaction to name recognition rather than actual performance. Nevertheless, Prabowo seems to realise the problems that plague the Indonesian military, notably the problem of decaying hardware, and has decided to act.

There was no more powerful demonstration of this for both domestic and international audiences than the disappearance and sinking of the submarine KRI Nanggala 402 during a live torpedo exercise in the Bali Sea in April. All 53 crew were lost.

A month after the loss of the submarine, it was leaked to journalists that Prabowo had drafted a presidential regulation (Perpres) that revealed the Ministry of Defence planned to seek US$125 billion in loans to modernise Indonesia’s aging military hardware. The size of the proposed outlay in the middle of the COVID-19 pandemic raised eyebrows and stirred controversy, at a time when some local leaders claimed they lacked the money necessary to help people during public health lockdowns. Prabowo defended the budget bid by claiming he was simply doing his job; that he had received an instruction from the President to draft a 25-year “grand design” for defence, although he admitted that the President had yet to approve the number. The leaking of the draft probably owed to the behind-the-scenes bureaucratic battle over spending allocations in the increasingly straitened economic times caused by the pandemic.

The bureaucratic battles over the necessary investment are just one of many hurdles to be overcome if the Indonesian military is to modernise; another is setting a clear goal and purpose for the modernisation project.

As strategic analyst Evan Laksmana has noted, Indonesia is yet to develop long-term plans for its military, based on sound strategic assessments, scenario-based planning, and improvements in the quality of both defence organisation and personnel. The development of a strategic plan, and related reforms to institutions and personnel management, would likely face stiff resistance from within and outside the military.

But without proper planning, and a long-term strategy, Indonesia’s arms procurement is haphazard, often determined by the attractiveness of purchase terms rather than by objective analysis of strategic needs.

While Indonesia finally agreed in February to buy 36 French-made Dassault Rafale and 36 US-made Boeing F-15 EX multi-role fighters, in the months preceding these deals it also showed interest in purchasing Eurofighters and US F-16Vs and F/A-18E/Fs. It remains committed to plans for the joint production of South Korea’s KF-X fighter. Jakarta was even planning to buy more Su-35 Flanker-E fighters from Russia to add to the 16 other Sukhoi variants in service until Washington used the Countering America’s Adversaries Through Sanctions Act (CAATSA) to pressure it to cancel the deal.

The same pattern of ‘opportunistic’ deals is evident in naval acquisitions. Indonesia has engaged with several European countries and Japan and South Korea to upgrade its warships and submarines. Its approach has been characterised as pitting one supplier against another to obtain the best price.

In a competitive global arms market, Jakarta is smart to press for the best terms. But acquisitions need to contribute to an effective overall force structure underpinned by clear strategic objectives and priorities.

The necessity for a stronger strategic basis for the military modernisation program is underscored by the changes in Indonesia’s strategic circumstances. Amid growing rivalry between the US and China, and tensions in the South China Sea, there is greater uncertainty in the strategic outlook for Southeast Asian countries than at any time in decades.

The challenges of defending a vast archipelago in a more complex threat environment adds weight to longstanding arguments for Indonesia to focus more resources on strengthening air and naval capabilities. The historic internal security imperatives that biased spending in favour of the army, and produced what some have referred to as ‘sea-blindness’, are largely no longer valid.

The President’s 25-year grand design will require a sum of money that he might find it hard to commit following the pandemic. Indonesia’s plans for a force upgrade pre-date the Widodo government and include a littoral navy of 274 vessels, 12 new submarines, and 10 squadrons of combat aircraft.

The Ministry of Defence’s draft funding proposal was delayed for several months while the government focused on the immediate health security challenge. The financial challenges will long outlast the health challenges. 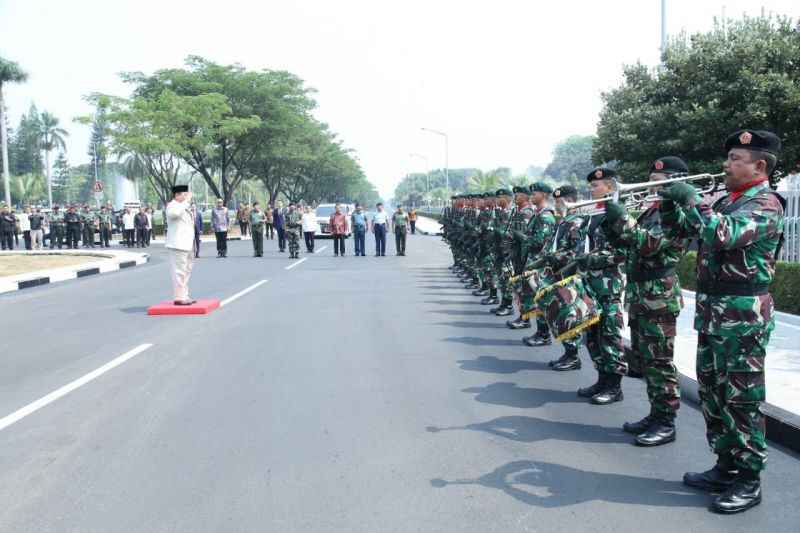 Beyond money for new hardware, Indonesia faces big costs in maintaining and fitting out existing platforms. An overhaul of the 40-year-old KRI Nanggala was reportedly delayed before it sank. Its last major overhaul had been done in Korea in 2012.

But if Indonesia’s Defence Ministry is to succeed with modernisation, Prabowo is probably the man for the task. His military background and independent political power base equip him well to control the way money is spent and extract sufficient funds from the government. Still, that is not to say he will succeed. He faces some stiff bureaucratic resistance and a lot of competition for scarce dollars in a post-COVID economy.

Having contested the presidency against Widodo at the last two elections, he is considered likely to have another tilt in 2024 and might be the frontrunner. The strength of the polling on his performance as minister will help his prospects. So too would success in dragging Indonesia’s military – hardware and organisation – into the 21st century.

But reform will neither be easy nor win many friends. Most importantly, success will require long-term strategic planning, which in turn means overcoming many vested interests within the military itself.

Dr. Donald Greenlees is visiting fellow at the Strategic and Defence Studies Centre, Australian National University, and senior adviser to Asialink at the University of Melbourne.