Lawyer Daniel Peterson examines the legacy of the Ahok trial for Indonesian democracy and raises fundamental questions over how Indonesia's secular political elites deal with political Islam in the world's biggest Islamic country.

Three years ago tomorrow, Indonesia marked a watershed moment in its political history: the blasphemy conviction of the former governor of Jakarta, Basuki ‘Ahok’ Tjahaja Purnama.

As the first public official to be tried and convicted of blasphemy in Indonesia, Ahok’s conviction revealed the capacity of a coalition of conservative and radical Islamists to use brute politics to oust a political foe. Using Indonesia’s 1965 Blasphemy Law – a law that experts say is regularly misinterpreted by the courts – this coalition was instrumental in the political demise and criminal conviction of the first ethnic Chinese Christian governor of Jakarta.

The passage of time has brought clarity to what Ahok’s trial was really about. On one level, it revealed that Indonesia’s democratic institutions could not withstand the rise of Islamist majoritarian sentiment. The rule of law, the right to freedom of expression, and the right to due process, all of which are guaranteed by Indonesia’s 1945 Constitution, were casualties of Ahok’s conviction, albeit not for the first time.

Subsequent developments, however, suggest that while conservative Islam’s influence over mainstream politics and the application of the law only continues to grow, the real story is that political elites, who cynically played the religion card in order to benefit from Ahok’s miscalculated remarks, were the long-term benefactors of Ahok’s conviction.

Ironically, this arrangement is precisely what Ahok was speaking out against.

Here is how the case unfolded: On 27 September 2016, while spruiking his government’s fisheries policies to a group of fishermen in the Thousand Islands district, Ahok addressed the issue of whether Muslims could vote for him as a Christian in the 2017 Jakarta gubernatorial election. He told his audience that those who had been made to believe that the Qur’anic verse Surah Al-Ma’ida 51 forbids Muslims from electing a Christian leader had been “misled”.  He added: “[I]f [you] feel you can’t vote for me because you’re afraid you’ll go to hell because you’ve been fooled, that doesn’t matter, because that is your own call.” 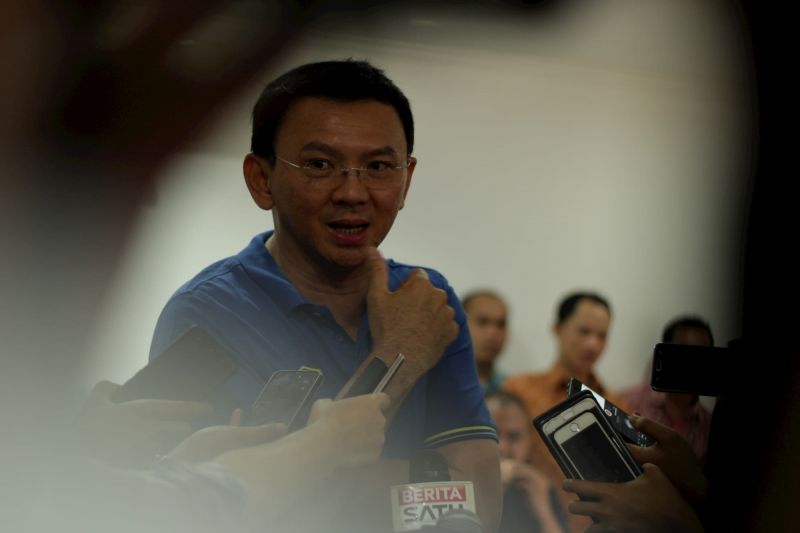 Nine days later, a 30-second video excerpt of those remarks went viral and formed the basis of subsequent complaints received by the police.

Having encountered politicians who had used this Qur’anic verse to discourage his home electorate of Bangka Belitung from voting for him in the 2007 gubernatorial election, Ahok’s remarks were informed by what he referred to as the bigotry he had encountered since entering politics in 2003.

While conducting research in Jakarta in July 2018, I interviewed a number of people with intimate knowledge of Ahok’s trial. One of those was K.H. Ahmad Ishomuddin, an Advisory Leader (Rais Syuriah) of the Executive Board of Nahdlatul Ulama, Indonesia’s largest Islamic social organisation. Ishomuddin was also, at the time of Ahok’s trial, one of several deputy chairmen of the Fatwa Commission of Indonesia’s peak Islamic body, the Majelis Ulama Indonesia (MUI).

Despite his distinguished role in the Fatwa Commission, Ishomuddin was excluded from the drafting process of MUI’s pivotal ‘Religious Opinion and Stance’ – the edict that declared Ahok’s remarks to be blasphemous. MUI edicts typically pre-empt police investigations into allegedly blasphemous conduct and portend a guilty verdict. This type of edict, however, was dubious, insofar as it is not prescribed in MUI’s organisational guidelines.

Nevertheless, it catalysed a series of mass demonstrations conducted under the moniker of ‘Aksi Bela Islam’ (Action to Defend Islam), the two most significant of which were held on 4 November 2016 and 2 December 2016. The former turned violent and resulted in the loss of one life, while the latter constituted the largest religious demonstration in Indonesian history.

Ishomuddin agreed that the edict and demonstrations compromised Ahok’s right to due process, but he insisted on giving expert evidence at trial. In Ishomuddin’s opinion, which he based on his own examination of 32 separate exegeses of Surah Al-Ma’ida 51, Ahok had not blasphemed the verse because the verse does not, in fact, prohibit Muslims from electing a non-Muslim to public office. Rather, it is a verse that must be read in context, namely a time of war during which the Prophet Muhammad had cautioned his followers to keep a particular coalition of Jews and Christians at arm’s length.

After giving evidence, Ishomuddin was subjected to a barrage of abuse. He did not, however, go back on his word. As he explained, Islam deems ‘deviant’ anyone who issues a religious edict not grounded in incontrovertible knowledge. ‘If I had been involved [in the drafting of the edict],’ he said, ‘I would have implemented just procedures … that did not violate basic human rights; procedures that show that Islam is genuinely a religion of justice.’

Ahok’s persecution, conversely, had the hallmarks of a witch hunt. Other than being authorised by an edict drafted by several members of a non-state and non-elected body – MUI is a quasi-autonomous non-governmental organisation – the then national police chief, Tito Karnavian, conceded publicly that while he did not believe that Ahok had blasphemed, and that while an internal police directive precluded the police from charging Ahok given the case’s susceptibility to further politicisation, overwhelming public sentiment that Ahok be charged had left the police with no other option.

Meanwhile, Anies Baswedan, the eventual victor of the 2017 Jakarta gubernatorial election, commenced his campaign at the headquarters of Indonesia’s most prominent radical Islamist organisation, the Islamic Defenders’ Front (FPI). Seeking the votes of the same radicals that had called for Ahok’s head, the former rector of Paramadina University praised his audience for demonstrating. With Rizieq Shihab, FPI’s firebrand leader and an active member of the coalition that brought about Ahok’s downfall, looking on, Anies spruiked his own Islamic credentials.

Two days later, on 3 January 2017, Ahok’s trial began. The prosecution’s first witness, Novel Bamukmin, the then FPI Jakarta Secretary-General, told the court that he had received hundreds of text messages and telephone calls from supposedly aggrieved witnesses to Ahok’s remarks. When asked by the defence to produce documentary evidence, however, Novel told the court that he had deleted all the messages.

While the court took Novel at his word, online media channel Detik did not. A day later, it conducted an investigation in the Thousand Islands district into Novel’s claims. Detik could not find anyone who had either complained to Novel about Ahok’s remarks, knew of anyone who had made such a complaint, or would have known how to contact Novel had they wished to do so.

Ma’ruf Amin, MUI Chairman and now Indonesia’s vice president, gave similar evidence. On 31 January, telling the court that society had demanded that MUI issue the damning edict, Ma’ruf insisted that he too had received countless messages from people complaining about Ahok’s remarks.

When cross-examined by the defence, however, Ma’ruf faltered. While only recalling one complainant, the FPI-aligned Anti-Defamation Forum, Ma’ruf gave contradictory evidence about the timing of the edict. He also rejected the assertion that it had been issued at the behest of former president Susilo Bambang Yudhoyono, whose son, Agus Harimurti Yudhoyono, was also running for the governorship.

Indeed, popular opinion at the time was that Yudhoyono was displeased with President Joko Widodo (‘Jokowi’) for not attributing greater recognition to his presidency. He therefore saw his son’s victory as a way of restoring the fortunes his own Democrat Party. 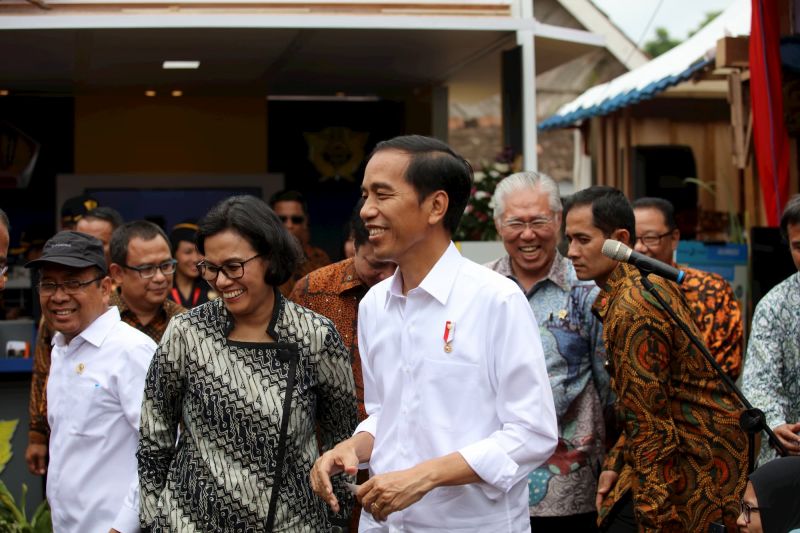 Many also suspected that Ma’ruf’s hope that all NU members vote for Agus was in recognition of Ma’ruf and Yudhoyono’s longstanding friendship and working relationship, Ma’ruf having been a key member of Yudhoyono’s Presidential Advisory Council.

But in its convicting judgment, the North Jakarta State Court took exception to none of this. Not only did it ignore the defence’s concerns about witnesses who quite plainly perjured themselves, it failed to acknowledge the defence’s raft of human rights-based submissions, all of which were grounded in statute and Indonesia’s 1945 Constitution. The court instead found ‘in accordance with the opinions of the experts submitted by the General Prosecutor’, including Rizieq Shihab, whom the court acknowledged by name. By that time, however, Rizieq had already fled Indonesia for Mecca, after police obtained a warrant for his arrest for a number of alleged offences, including a pornographic violation, insulting the state ideology of Pancasila, smearing the name of Indonesia’s first president, Soekarno, and spreading hatred.

As Rian Ernest, then a junior lawyer in Ahok’s defence team, told me, Ahok’s detractors – both Islamists and political elites – had a shared goal: to remove Ahok from office. But, three years on, how have the protagonists of Ahok’s downfall fared?

Ahok, now a free man, finds himself a commissioner of Indonesia’s state-owned oil and gas company, Pertamina. While his detractors objected to him holding such a prestigious post, Sandiaga Uno, who was Anies’ running mate in 2017 and Prabowo Subianto’s running mate in the 2019 presidential election, commended Ahok for his business acumen and transparent working approach.

Anies has also cast off his Islamist backers. His decision not to attend the first anniversary of the 4 November demonstration at Masjid Al-Azhar in South Jakarta signalled early on that he does not intend to maintain this courtship. He also baulked when asked if he would keep his election promise to allow the commemoration of the 2 December ‘Action to Defend Islam’ demonstration to be held at the national monument, ‘Monas’. Only when pressed further by reporters did Anies concede that he had granted permission. Anies would also later give the opening address, but to little fanfare. Similarly, Prabowo, Jokowi’s presidential rival in both 2014 and 2019, sought the Islamist vote to such an extent that he visited the self-exiled Rizieq Shihab in Mecca in 2018. Prabowo even made the repatriation of Rizieq a campaign promise.

Since assuming his new post as Jokowi’s defence minister, however, Prabowo has not only ceased communications with Rizieq and FPI, he now appears open to the idea of running for the presidency in 2024 with the granddaughter of President Soekarno and the first female Speaker of the House (DPR), Puan Maharani, as his running mate.

The final piece of the puzzle has been Ma’ruf Amin. Nominated in August 2018 by Jokowi as his running mate for the 2019 presidential election, Ma’ruf is now Jokowi’s vice president. By subsuming Ma’ruf into his cabinet, Jokowi has both bolstered his own Islamic credentials and negated subsequent Islamist attacks on his political allies. Two cases in point are the subsequent unsuccessful attempts by certain radicals to have Sukmawati Soekarnoputri and Grace Natalie – two of Jokowi’s allies – charged with blasphemy.

The realisation for Islamists that they have been burned by the very people they helped get elected has been sobering. But this makes the 2024 presidential election all the more intriguing, insofar as who will seek the Islamist vote and how.

Returning to my conversation with Ishomuddin, the experience of giving evidence at trial left him wary but resolute. He conceded that politics can be Machiavellian, but insisted that the politicisation of religion only precludes justice from being done.

That, of course, was Ahok’s point all along.

Daniel Peterson is the author of ‘Islam, Blasphemy, and Human Rights in Indonesia: The Trial of Ahok’. He is a qualified lawyer and an Associate of the Centre for Indonesian Law, Islam and Society (CILIS) at the University of Melbourne.