With an economy battered by COVID and a government under pressure from both allies and critics, Annisa Natalegawa and Nattabhorn Juengsanguansit find Thailand risks falling behind regional competitors without deep reforms to its economy and politics.

Grappling with the country’s sharpest economic downturn since the 1997 financial crisis, unreliable coalition partners, and student-led demonstrations, Thailand’s Prime Minister Gen. Prayut Chan-o-cha has little room for error to bring Thailand’s economy out of its slump.

The Thai government moved quickly and effectively earlier in the year to stem the spread of the COVID-19 virus. It imposed a set of nationwide lockdown measures such as closing public venues and land borders, a prohibition on mass gatherings, night-time curfews, and a ban on international flight arrivals. Remarkably, Thailand has recorded only one case of community transmission in almost four months; only 59 Thais have died from the virus.

But COVID-19 has nonetheless taken a serious toll on Thailand’s economy. The tourism sector, which traditionally accounts for up to 20 percent of GDP – has been devastated, with tourism revenues projected to fall by 80 percent compared with 2019. The government has attempted to fill the gap by giving hotel and airfare discounts to Thais travelling domestically but, with international borders expected to stay closed to tourists at least through the end of the year, little near-term respite is in store for the beleaguered tourism industry. 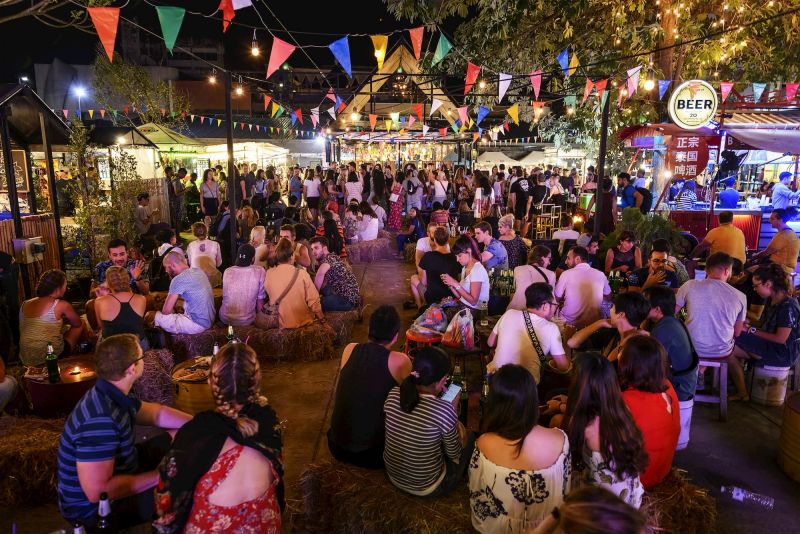 Meanwhile, export-dependent Thailand has not been shielded from COVID’s global economic impact. The drop in global demand and supply chain disruptions have battered Thailand’s top export industries, especially automobiles and electronic appliances, with export receipts shrinking by 8.2 percent in the first half of 2020.

These economic shocks have made it all the more important for the government’s generous economic stimulus spending packages to be implemented quickly and effectively but the results have been underwhelming. Only a small fraction of the THB 2.25 trillion (USD 72 billion) in relief funding—equal to almost 13 percent of GDP—has been spent.

By the beginning of September, the vast majority of Thai SMEs had not been able to tap into the funds allocated to keep them afloat. Only some 70,000 out of more than 3 million Thai SMEs have succeeded in accessing the government’s COVID-19 soft loan scheme since its launch in April, absorbing only about a fifth of the THB 500 billion (USD 15.8 billion) made available to fund the program.

The combination of these developments has had a dire impact on the economy. On current trajectory, Thailand’s unemployment rate is likely to hit historic highs, with the the World Bank estimating that 8.3 million Thai workers—some 21 percent of the workforce—are at risk of losing their jobs or income.

Thailand’s economy contracted by 12.2 percent in the June quarter compared to the same quarter in 2019, its sharpest downturn since the 1997 Asian financial crisis. The National Economic and Social Development Council (NESDC) currently forecasts Thailand’s GDP to contract by more than 7 percent in 2020, which would make Thailand the worst-performing economy in Southeast Asia. And while most Asian countries are expected to bounce back relatively quickly, the World Bank estimates that it will take Thailand two to three years before returning to pre-pandemic growth rates.

The sharp contraction and slow recovery in part reflect the fact that Thailand had been facing a set of looming economic structural issues even before the pandemic hit. By continuing to depend on the same development model that had lifted it out of poverty—low-wage labour with imported technological know-how—Thailand has run a growing risk of being stuck in a “middle-income trap” as its population ages and its wage rates rise. Thailand’s labour force between 15-60 years old will decline roughly by 1% per year over the next 17 years, a stern challenge to its long-term labour competitiveness if it cannot sharply improve productivity levels.

To escape the middle-income trap and become a “high-income country”, Bangkok had hoped to transform Thailand’s economy from being dependent on basic manufacturing and exports to one led by domestic demand and innovation. The government’s masterplan for this transformation was its flagship “Thailand 4.0” initiative, with the Eastern Economic Corridor (EEC), a special economic zone in eastern Thailand, meant to play a key role.

The government has been trying to address a shortage of skilled labour by scaling up vocational training instututes dedicated to advanced technologies as well as by ramping up higher-tech foreign direct investment (FDI) in order to help boost skills and technology acquisition. Thailand’s Board of Investment (BOI) has launched a series of investment promotions under its “Thailand Plus” scheme, which, among others, provides generous tax breaks to investors in selected industries. 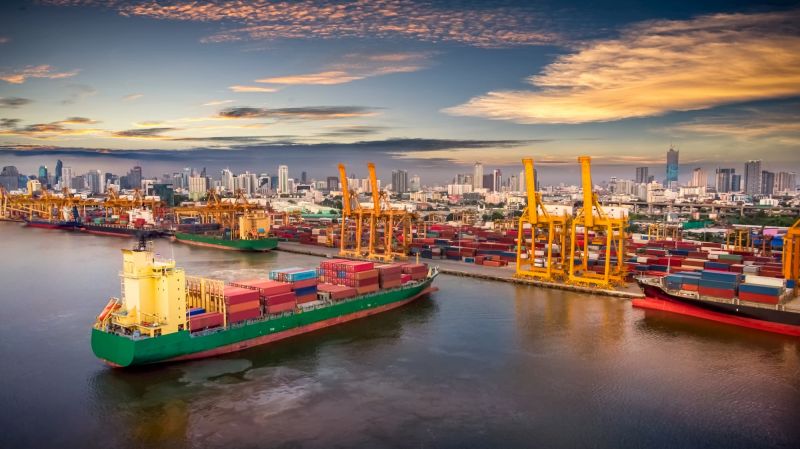 So far, the results have been mixed, at best. The World Economic Forum’s Global Competitiveness Index (GCI) rank for 2019 shows that other countries made faster progress than Thailand, which dropped to 40th from 38th place in the previous year out of 141 world economies in the ranking. The 2020 competitiveness ranking conducted by the Institute for Management Development (IMD) showed a similar trend with Thailand falling four places to 29th among 63 surveyed countries.

Moreover, Thailand is facing steadily stronger competition from other Southeast Asian countries in attracting FDI, especially Vietnam. Several Japanese manufacturers—Thailand’s long-time investment partners—are expected to exit. Panasonic, for example, has already announced that it will shut down its appliance factory outside Bangkok by early 2021 to consolidate production in a larger facility in Vietnam.

Some government economists have been advocating that Thailand apply to join the Comprehensive and Progressive Agreement for Trans-Pacific Partnership (CPTPP), saying this would provide needed impetus to reforming Thailand’s economy and create additional export opportunities. But Prayut’s major coalition partners, the Bhumjaithai and Democrat parties, the second and third largest in the coalition, have shown little appetite to take on NGOs critical of the trade pact, leaving the ruling Palang Pracharat party to handle civil society pushback on its own. Unable to reach a consensus within the ruling coalition, Thailand missed the 5 August deadline to apply for CPTPP membership this year and will have to wait at least until August 2021 to apply for membership.

Meanwhile, Thailand’s Ministry of Commerce is hoping to move forward with a free trade agreement (FTA) with the European Union, an idea initially launched in 2013 but then put on the back burner after the military coup in 2014.  While this pact would provide a much-needed boost to Thailand’s GDP, it faces strong opposition from the same NGOs critical of the CPTPP, particularly with regard to the pact’s provisions concerning agriculture, public procurement and intellectual property.

On top of daunting economic stresses, Prime Minister Prayut faces an increasingly complicated political landscape, ranging from tensions within his coalition to a new wave of student-led protests.

A cabinet reshuffle in August did little to alleviate growing difficulties in managing fractious coalition politics. After only 26 days in the job, the newly-appointed Finance Minister submitted his resignation amid a dispute with his deputy—a member of the ruling Palang Pracharat party—over the reshuffling of high-ranking officials within the Ministry. 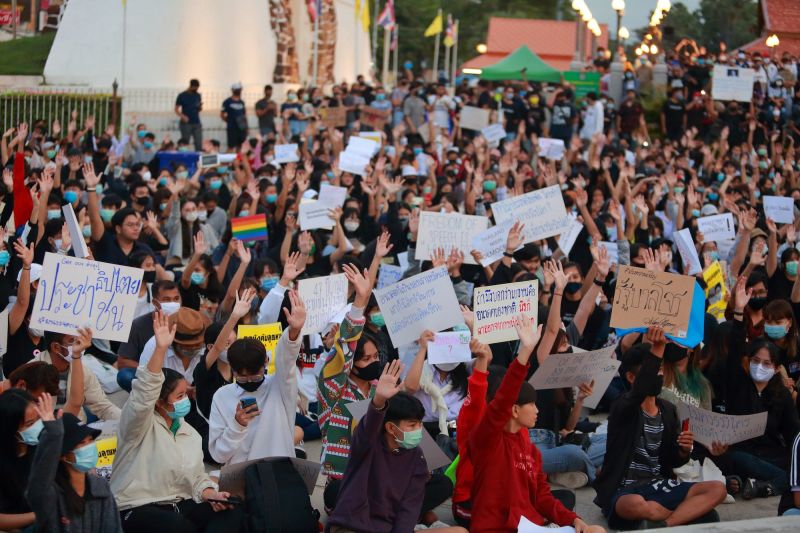 A series of student and other street-level protests is adding fuel to the simmering political conflicts within the ruling elite. Anti-government flash mobs spread across the country in August, turning into the biggest demonstrations since the military took power in a May 2014 coup. “Free People”, a student-led activist group, is demanding major amendments to the new constitution ushered in under the previous military-led government, a dissolution of parliament, and especially controversially, reforms to the monarchy.

More than 50,000 demostrators gathered in front of Bangkok’s Grand Palace on 19 and 20 September, with more rallies planned in the weeks ahead. Adding to the pressure on Prayut, Parit Chiwarak, a student leader of the anti-government movement, called for a nationwide strike on 14 October to mark the 47th anniversary of the 1973 student uprising.