Telling business to take advantage of the trade and investment opportunities with Indonesia hasn’t worked. Robert Law argues Canberra needs a new approach to ﬁll the missing piece in the relationship.

Prime Minister Anthony Albanese and Foreign Minister Penny Wong’s visit to Indonesia is the ﬁrst step in rebuilding a relationship that warrants more attention. The convention for new prime ministers to make an early visit to Indonesia is recognition of that country’s importance to Australia across a range of political, security and economic issues.

Thankfully, wider ministerial engagement and additional diplomatic resources will go a long way towards improving political ties. In recent years, the relationship has been dominated by people smuggling, terrorism and drug smugglers. With these issues out of the headlines, Australia has a window of opportunity to reinvigorate political ties before President Joko Widodo’s term ends in 2024.

But it’s crucial the government gives similar attention to the economic relationship. Economic development is Widodo’s top priority, so giving it focus will beneﬁt both sides. Despite the impact of COVID-19, Indonesia is on its way to becoming a top 10 global economy by the mid-2030s. As the world’s fourth most populous country there will be enormous economic opportunity for Australia if we can position business for success.

On the economic front, Australia needs to make up ground, and fast. The well-worn diplomatic phrase is that trade and investment are underdone. Both countries are members of the ASEAN Australia New Zealand Free Trade Area, have recently concluded the Indonesia-Australia Comprehensive Partnership Agreement and Indonesia is expected soon to ratify RCEP – the world’s largest FTA.

Despite the market access beneﬁts from these deals, neither country is in the other’s top 10 trading partners.

Even less impressive is the investment story, with neither country ranking in the other’s top 20 partners. This is clearly a missing piece in economic ties and, crucially, means Australia isn’t positioned to take advantage of emerging sectors ripe for investment, including infrastructure, energy and advanced manufacturing. Australian investors are either unaware or too cautious in their pursuit of opportunities in Indonesia.

If Canberra wants to expand trade and investment, then it needs to try new approaches. Decades of telling Australian businesses to take advantage of the Indonesia opportunity hasn’t worked. This will be a long-term endeavour that will require signiﬁcant investment and patience. Pay-off won’t occur in this term of government. But the right decisions will set Australia up as a partner in Indonesia’s prosperity, generating jobs and revenue in both countries.

The government should start by launching a major initiative to build the start-up and technology ecosystem between the two countries.

Indonesia has a history of technology leapfrogging: patchy landlines meant Indonesia rapidly adopted mobile phones and wireless internet. Digital payments and e-wallets are widely used, fuelled by a largely “unbanked” population and changing behaviour among tech-savvy consumers. Indonesia now has one of the highest rates of e-commerce adoption in the world with around 138 million, or roughly half the population, regularly shopping online.

A dedicated bilateral start-up accelerator and venture capital fund would position Australia to take advantage of Indonesia’s next technology wave. Australia should be a natural partner in a fast-developing Indonesia start-up ecosystem with a number of home-grown unicorns.

Canberra should also invest time and resources in making Indonesia’s hosting of the G20 a success. The forum is Widodo’s top international priority and Australia should focus on areas around global health architecture, digital transformation and sustainable energy transition. 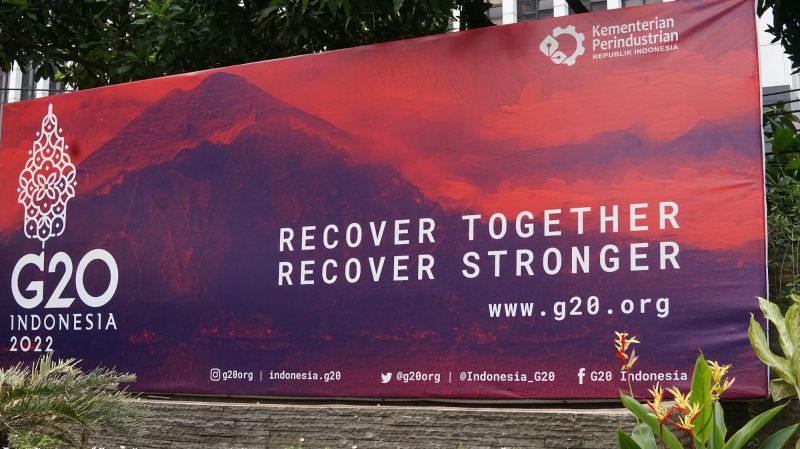 The government’s climate platform opens the door to a signiﬁcant bilateral energy initiative that could be put to the group, just as Australia did on disaster management during Indonesia’s chairmanship of the East Asia Summit in 2011.

Canberra and Jakarta should appoint a targeted group of inﬂuential business champions and support the group to proactively promote commercial opportunities in both countries. This would build on similar models Australia has with India and Vietnam.

The government should revisit fundamental assumptions about how the Department of Foreign Affairs and Trade and Austrade operate in the market.

Some of the success of Japan, South Korea and the US comes from their closer co- operation between business and government. Commissioning an independent study to examine how other countries succeed in Indonesia would provide the government with a means to identify new solutions to old problems.

Such a study could also examine whether there’s a need for additional resources for DFAT, Austrade and Katalis, the bilateral economic co-operation program.

Last, we need to build Indonesia’s business capability in Australia. This should go beyond a narrow concept of “literacy” and focus on building business capability by improving market and sectoral knowledge, increasing understanding of business practices, strengthening cultural intelligence, and facilitating connections.

Businesses — large and small — will be crucial to realising these opportunities, so it is essential they are equipped.

Robert Law is Director of Advisory & Insights at Asialink Business, and a former diplomat and strategy consultant.

This article originally appeared on The Australian Financial Review website on June 5, 2022.