The election of a conservative president in South Korea is not necessarily good news for the US and Australia writes Jeffrey Robertson.

In much of the Washington foreign policy establishment there’s a palpable sense of excitement as Yoon Suk-yeol prepares to take office as South Korea’s next president. After five years of scaled-down joint exercises, reduced consultations, and disagreements over North Korea policy, the ‘prodigal son’ is returning to the embrace of the US alliance. Yoon promises to restore joint exercises, expand consultation, seek additional Terminal High Altitude Area Defense (THAAD) deployment, respond firmly to North Korea, align with the Quadrilateral Security Dialogue (Quad), and even seek the return of US strategic nuclear assets to South Korea. But South Korea is a hard analytical target – as the establishment celebrates the revival of an often-uneasy alliance, a closer reading suggests it may well only be temporary.

In the short-term, the Yoon administration will seek to improve the bilateral relationship with the US. But with an historically low approval rating before taking office, the potential for Chinese economic pressure, the threat of North Korea sapping the momentum from any promising policy initiatives, and a protest-ready population waiting for the slightest break with orthodoxy, it will not be a smooth ride. Add to the mix the possibility of a more obstreperous US Congress after this year’s mid-terms or renewed strains with a post-Biden administration in 2025 and things really get interesting.

In the longer-term, the change of administration in Seoul may hardly make a difference. The assumption that South Korea’s default strategic position is close alignment with the US defies recent trends and contemporary strategic debate. Indeed, close alignment is no longer the default Korean position – it is just the one to which the US foreign policy establishment is most accustomed. To better understand this, it pays to look at the three overlapping historical interpretations of the alliance which compete for influence in South Korea’s foreign policy.

The first vision paints South Korea as a loyal ally. This depicts the alliance as built on shared sacrifice and blood, as unshakeable, and permanent. Historically, the US was a firm supporter of an independent Korea, and through its support in the Korean War and post-war reconstruction, ensured the survival of South Korea on freedom’s frontier throughout the Cold War. Today, as a liberal democratic, market economy, South Korea shares fundamental values with the US. Underpinning South Korean security is the concept of US-backed deterrence – the untested assumption that the US would defend Seoul, even if it meant inviting a nuclear strike on Honolulu, San Francisco, or Washington. The implication is that the only challenge to the alliance stems from administrations on either side of the Pacific taking it for granted. The vision of South Korea as loyal ally further assumes the alliance relationship will evolve to suit the needs of both states with South Korea playing a larger role across the region commensurate with its economic growth.

The second vision paints South Korea as reluctant ally. The assumptions underpinning this vision are that the alliance was forced upon South Korea and that, historically, the US has always been self-interested, willing to barter its support for Korea in exchange for strategic, economic, and commercial gain. The historical analysis is founded on a trail of genuine grievances that poison the relationship, such as the 1905 Taft-Katsura Memorandum, which many believe betrayed Korea to Japanese imperialism; the impromptu decision to divide Korea with the Soviets at the end of the Second World War, which ultimately led to permanent division; and the Korean War and its tragedies, such as Nogun-ri. Then there are more recent grievances, which feed a sense of injustice, including belief that the US had a role in the Gwangju massacre, the Yangju training accident, and the beef import decision. The proponents of this vision believe the US would never defend South Korea, if it meant inviting a nuclear strike on US territory. The implication is that the alliance is an ever-present reminder of historical weakness and South Korea must do whatever it can to strengthen its capacity to act independently. This means pushing for ever more self-reliance in arms, technology, and industry, including space assets and a ‘blue water’ navy. Strategically, the alliance relationship presents both a hurdle to reunification with North Korea and an ever-increasing threat as the US seeks to use the country as a bulwark against China in a new Cold War. 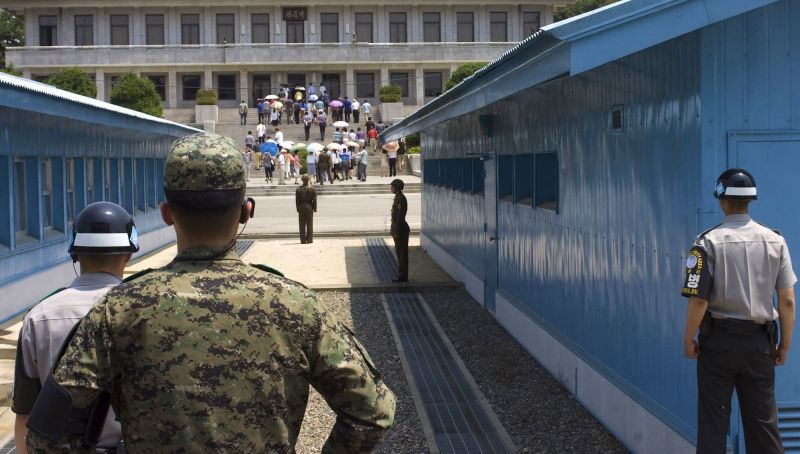 South Korea has moved in and out of Washington's immediate orbit in the last two decades. Image credit: US Army Garrison Humphreys, Flickr.

The third vision paints South Korea as an independent state. Proponents of this view see the alliance as neither unshakeable nor imposed, rather they consider it serves a utilitarian purpose. Their historic justification is that the alliance was negotiated by South Korea’s first president, Syngman Rhee, who threatened to release North Korean prisoners of war, scuttle ceasefire negotiations, and sustain the fighting unless the US agreed to a mutual defence treaty. At every step of the way, South Korea is seen as having bargained to maximise its benefit from the treaty – from one that requires the US to defend the country rather than ‘consult’ in the event of an attack, to payments and industrial contracts in exchange for the deployment of Korean troops to Vietnam, which funded the 1970s “boom” in South Korea’s industrial development. But the advocates of the independent state vision also recognise the US would not defend South Korea, if it meant becoming a nuclear target itself. Consequently, they believe it is up to Seoul to secure its own independent nuclear weapons capacity. The implications are that the alliance is transactional. It is just a utilitarian agreement that currently makes sense. It has nothing to do with values, friendship, similarity or beliefs – just current national interest. When the alliance no longer serves a purpose, or the costs imposed are too high, it will be readily discarded.

Imagine a three-way tug-of-war between these visions and you have the last two decades of South Korea’s foreign policy. The result is a country stumbling into and, increasingly more often, stumbling out of Washington’s orbit. Policy differences between Seoul and Washington have emerged on the rule of law, regional institutions, the South China Sea (as well as Hong Kong, Xinjiang, and Taiwan), Ukraine and sanctions on Russia, and the alliance relationship itself. These policy differences stem from fundamentally different understandings on the role of the Korean Peninsula, China, and Japan in regional affairs, and even the constitution of the international system. It’s probably too early to fete the return of the prodigal son.

The alliance relationship is obviously not so black and white and cannot be clearly encapsulated in a short essay. But the gravity of the debate over the future course of the relationship should not be underestimated. Changes in alliance relationships have profound impacts on regional and global affairs, particularly when the junior alliance partner is a pivotal middle power in a contested region – think Poland and the collapse of the Soviet Union. The incoming Yoon administration may prove to be an important band-aid to the alliance, but the US needs to start thinking seriously about South Korea and its position in a changing region.

What does this mean for Australia? Judging by the responses to date, Australia largely shares the US foreign policy establishment expectations that the incoming Yoon administration will mark a return of South Korea to a default strategic position of close alignment with the US. In Australia, the Yoon administration is largely seen as a ‘window of opportunity’ to build upon and strengthen the bilateral relationship. On the surface, it’s an easy call. But reflecting the above, Australia, just like the US, needs to start paying much more attention to South Korea and its role in an uncertain strategic environment.

Dr Jeffrey Robertson is a Visiting Fellow at the Asia Institute, University of Melbourne, where he undertakes research on the Australia-Korea bilateral relationship with the support of the Korea Foundation. More information and links to research can be found at https://junotane.com.