After a year of worsening relations, prospects do not appear bright for the ROK-North Korea relationship in 2021, writes Dr. Beomchul Shin of the Korea Research Institute for National Strategy.

The precarious state of security on the Korean Peninsula in 2020 is reflected in the failure of efforts by the Republic of Korea (ROK) to hold dialogue with the Democratic Republic of Korea (DPRK). In fact, the ROK has failed over the past three years to get the DPRK to the negotiation table to address its continued nuclear development and local provocations. The new intercontinental ballistic missile (ICBM) and the advanced conventional weapons systems unveiled by the DPRK on 10 October 2020 provided a further glimpse of the DPRK’s objectives. The ROK-US alliance also showed signs of lethargy. A year of negotiations on the Special Measure Agreement (SMA) concerning the vexed question of Defence Burden Sharing failed to reach a new compromise. Furthermore, COVID-19 prevented the proper joint training program from being fully carried out. Still, although the DPRK remains the same, the prospect of the new Biden administration in the US could generate new opportunities for both the US-DPRK negotiations, and for ROK-US alliance collaboration.

The DPRK declared a head-to-head breakthrough against the US. The traditional New Year address was replaced with a resolution of the Plenary Meeting of the Central Committee of the Korean Workers Party and the regime continued to hold out, demanding concessions from the US throughout the year. As with other states, the threat of COVID-19 and associated quarantine requirements adversely affected the DPRK’s foreign policy, including causing dialogues to be interrupted. Economically, the Kim Jong-un regime faced the worst situation due to the continuing sanctions on the DPRK, the summer floods, and COVID-19, but they seemed to be vicariously satisfied with the ‘monster’ ICBM and the submarine-launched ballistic missile (SLBM) that were unveiled at the traditional October military parade. Kim Jong-un, who shed tears in his speech, smiled brightly whenever these state-of-the-art weapons passed by and appeared satisfied with his achievements. It was a year that demonstrated how helpless the so-called top-down dialogue had been in producing substantial results in the denuclearisation of the DPRK. US-DPRK relations have been effectively severed, but inter-Korean relations are facing an even worse situation in the coming year. In June, the DPRK criticised the ROK government over the fl yers distributed in the north by DPRK defectors, and then unilaterally obliterated the inter-Korean joint liaison office established in accordance with the agreement of the April 2018 InterKorean Summit. On September 22nd, the DPRK committed the atrocity of killing and burning the body of an ROK citizen who crossed the Northern Limit Line (NLL) of the West Sea into DPRK waters. Nevertheless, the ROK government clung stoically to its aspiration to see a declaration formally ending the 1950-53 war and to emphasising the peace process on the Korean Peninsula. In reality, however, the prospects for inter-Korean relations in the new year do not look bright. 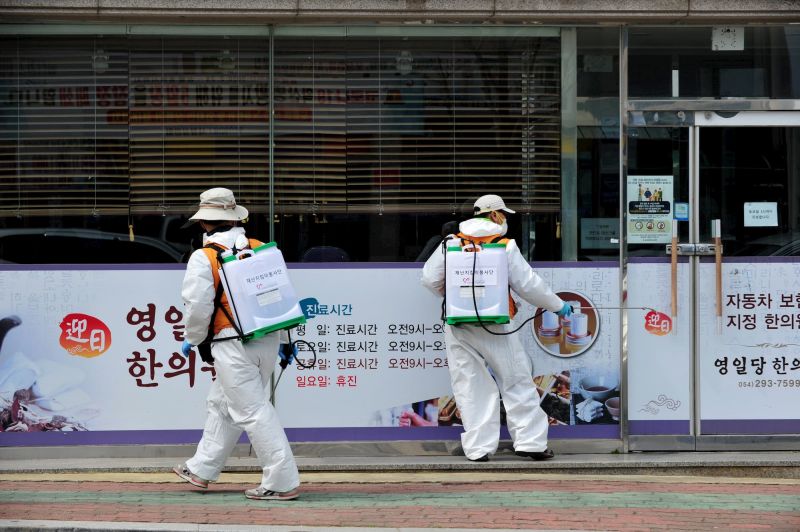 This year was the year in which the ROK-US alliance has been more difficult than ever before. The SMA negotiations on Defence Burden Sharing have been underway for a year, but without producing any results. By expressing its intention to pursue the Transfer of Wartime Operational Control within its term of office, even though the critical supporting step—the full operation capability evaluation scheduled for August 2020 was unable to be performed due to COVID-19—the Moon Jae-in administration exposed the annual ROK-US Security Consultative Meeting between its respective defence ministers held in October to some dissonance. The US’s complaints about the ROK government’s lukewarm attitude toward Chinese issues had been exposed through various channels. Perhaps in response to these circumstances, in October 2020, the ROK government decided to declare that its ‘Three Noes on THAAD’ from October 2017 had not been a promise to China. [In October 2017, the ROK government unilaterally declared that there would be no more Terminal High Altitude Area Defence (“THAAD”) deployments, no joining the US missile defence system, and no ROK-US-Japan military alliance.]

2020 was the year in which the aftermath of the US-China competition had a significant impact on the Korean Peninsula. The Trump administration has been stepping up the intensity of pressure on China during this year. This is well described in a report published by the White House in May this year entitled “United States Strategic Approach to the People’s Republic of China.” This report categorises the problems that China present for US national interests into three categories: economic problems, challenges to American values, and threats to national security, and states that the US will mobilise not only diplomatic and military pressure but also economic, political, human rights and intelligence capabilities to defeat China’s challenges. In fact, this year, there have been conflicts between the US and China over the issues of the South China Sea, Hong Kong, and Taiwan, alongside the Trump administration’s continued pressure on China through, for example, demanding that suppliers stop supplying semiconductors to Huawei, a Chinese IT company, for national security reasons. In addition, in terms of military security, it has launched the Quadrilateral Security Dialogue (QSD or “Quad”), which focuses on cooperation with India, Japan, and Australia, and has strengthened the solidarity of allies.

The Moon Jae-in administration in the ROK showed a reserved position in response to these US demands. It has avoided direct involvement, saying that the sanction against Huawei is a matter for private companies to decide on their own, and has expressed a negative stance on the US’s QSD initiative. As a result, it seems that there has been an invisible distancing between the ROK and US officials, and that this adversely affected the aforementioned annual ROK-US Security Consultative Meeting.

Looking back, the DPRK nuclear threat has continued this year, and the ROK-US alliance, which can serve as a deterrent against it, has been strained. In the assessment of this author, however, this outcome was not the result of new or recent attitudes and developments but more a case of policy failures exposing hidden but pre-existing truths.

President-elect Biden appears to have a negative perception of Kim Jong-un. Calling Kim Jong-un a thug, he criticised President Trump, who held a summit with Kim Jong-un, for “granting only diplomatic legitimacy to North Korea.” The Biden administration is expected to push for the bottom-up method of “holding a summit after substantial agreements between working-level officials,” abandoning the top-down method of “solving problems through consensus between state leaders” promoted by the Trump administration. The bottom-up negotiations are expected to take place in a way that working-level negotiators carefully examine any DPRK denuclearisation steps and the ‘matching’ US compensation measures. Any leaders’ summit meeting is reserved for confirming detailed agreements and implementation arrangements already achieved. This method has the advantage of being able to bring substantial progress in the denuclearisation of the DPRK, but it has the disadvantage of taking a long time. Even if the US is in a hurry and the DPRK responds to negotiations immediately, negotiations will be possible only in June-July next year. 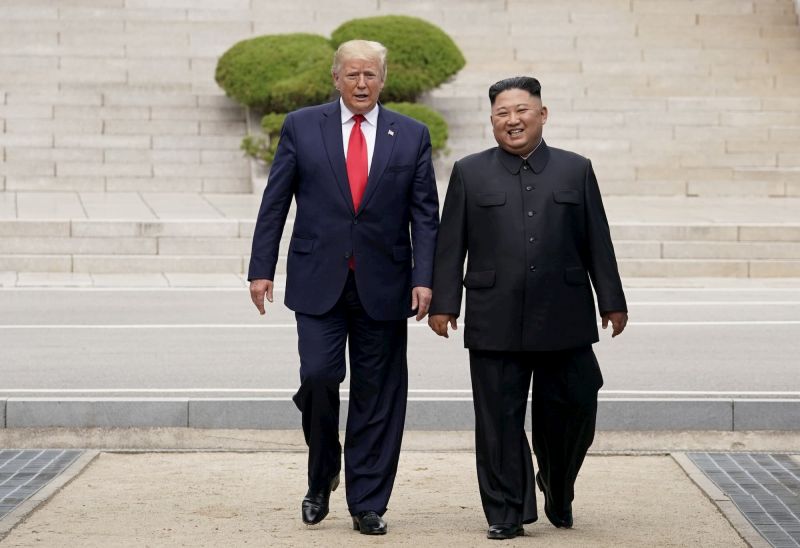 The question is, will the DPRK wait until then? If the DPRK follows its past behaviour, it will try to capture the attention of the new Biden administration through strategic provocations such as the launches of an ICBM and/or SLBM at the beginning of the year. As a result, there is concern that the DPRK’s ICBM or SLBM test will be conducted before or soon after the inauguration of the Biden administration on 20 January or during the ROK-US joint military exercises in March next year. For Kim Jong-un, the pressure to provoke early movement comes from the continuing deterioration of the DPRK economy, due in significant part to UN and US economic sanctions.

There is certainly a possibility of an agreement being reached if negotiations are carried out. President-elect Biden mentioned the reduction of the DPRK’s nuclear capability and the denuclearisation of the Korean Peninsula during his presidential campaign. It is not clear exactly what the reduction of nuclear capability means, but the next best thing that can be proposed if the DPRK refuses to denuclearise is a freeze deal. Among the experts on the Korean peninsula in the US, there are groups that argue that the DPRK’s s nuclear material and/or technology should be prevented from being leaked abroad, such as the Middle East, and recognise freezing as the first step. They also take the position that economic compensation may be provided for the DPRK freezing its nuclear activities. Such a freeze proposal could be fascinating, even attractive to the DPRK which is seeking to possess nuclear weapons. The problem, of course, is that in this case, the DPRK’s nuclear weapons could become entrenched. Therefore, even if it is agreed to go down the path of a freeze, it is necessary to clearly agree beforehand on the fi nal state of the DPRK’s denuclearisation, that is, a nuclear-free DPRK. Furthermore, a snap-back clause must be prepared to restore sanctions that were lifted if the DPRK does not take further denuclearisation steps.

If the DPRK intends to possess nuclear weapons, the Biden administration will continue with strong pressure. Intensive sanctions were imposed on the DPRK in 2017, but they have not been rigorously implemented since 2018. Therefore, the US is likely to try to pressure the DPRK by demanding that China and other countries fully enforce the existing sanctions. Considering the recent honeymoon between the DPRK and China, however, it seems unlikely that China will act as the US intends. How the Biden administration deals with China will affect the Korean Peninsula.

Since the DPRK views inter-Korean relations as a sub-element of US-DPRK relations, inter-Korean relations are likely to be affected by the progress of US-DPRK relations. There is a possibility that the DPRK will try to use the ROK government as a means to obtain favourable conditions for themselves when working-level negotiations between the US and the DPRK proceed. If the ROK government pays undue attention to DPRK voices, there is a possibility that the DPRK issue could develop into a source of tension or confl ict between the ROK and the US.

In the case of the ROK-US alliance, the birth of the Biden administration will bring new changes. Instead of unilaterally pressuring the ROK, the Biden administration is expected to demand that the ROK participate more in China-related issues. The SMA negotiations on the Defence Burden Sharing is likely to be concluded early, and the presence of the United States Forces Korea (USFK) troops is expected to remain stable. Even if the ROK government demands an early Transfer of Wartime Operational Control, the US is expected to oppose the plan until such time as it can be fully and properly assessed. Regarding the China issues, it is anticipated that the ROK will more actively participate in US efforts to restore its leadership such as conducting democracy summits and other US-centred networks. Since the ROK’s cooperation on issues related to China is expected to lead to the US’s cooperation on DPRK issues, policy coordination between the ROK and the US is expected to attract keen attention.

Dr. Beomchul Shin is Director of the Security and Diplomacy Centre at the Korea Research Institute for National Strategy.

This article was first published in the Council for Security Cooperation in the Asia Pacific’s Regional Security Outlook 2021.