Leading observers on Asia are debating whether nations in the region will consider new approaches to diplomatic and economic engagement.

It may be the new great divide: has COVID-19 changed international relations or just aggravated tensions which already existed?

From the isolated perspective of the moment, there is a rising sense of change: from predictions that the just-in-time manufacturing networks at the heart of Factory Asia will be wound back to the idea that science will play a bigger role in government decisions.

But from the broader perspective of history, the uncertainty caused by chafing between old and new superpowers may have simply moved to a new theatre, while the nation state has re-emerged as the bedrock of official life.

This ambiguity about what will drive diplomatic decision-making across the region as lockdowns are wound back seems to cut across the views of strategists regardless of their countries or institutional backgrounds.

A new collection of essays from some of the region’s leading former policy-makers, academics and commentators published by the Council for Security Co-operation in the Asia Pacific's (CSCAP) Australian arm and Asialink shows how the pandemic has sparked a vibrant debate about new approaches to diplomatic and economic engagement.

But the question as to how they might be implemented lingers as the Pacific Forum’s Ralph Cossa argues: “Some commentators are seeing the crisis as a game-changer, but that is far from certain – the tendency once the crisis has passed may well be to simply lapse back into old habits and patterns.”

Yet former Indian foreign secretary Shyam Saran sees a world transformed with no return to a status quo, which means it is even more important to “think hard about the possibilities and be prepared to counter what we don’t like and to support what seems more promising".

Between these polar views of change in the post-pandemic world, there is nevertheless much commonality on what are the key issues: China-US relations; the future of globalised economics; the effectiveness of diplomatic architecture; and ways of preparing for the next pandemic.

And on the latter point, there is some welcome optimism amid the less surprising doleful views about the first three.

Peking University’s Zha Daojiong argues that despite recent tensions over the management of the live animal trade and vaccine distribution, they remain productive arenas for regional collaboration.

And he argues: “The Asia Pacific does still have one network after another made up of science and health interests that do not always require political/diplomatic approval by the sovereign states. Preserving the professional integrity of these cross-national networks, in an ironic way, may well be a surer path to a less worrisome future.”

This sentiment is supported by The Times of India’s Indrani Bagchi, who points out that a largely unnoticed meeting of South Asian health professionals showed that while most of these neighbours dislike each other, “keeping co-operation at the professional level on areas that affect everyday lives could take the sting out of, say, the India-Pakistan non-relationship".

This is where these essays offer useful insights for Australia regardless of whether it is facing up to a game-changed or recidivist neighbourhood, because they offer more subtle points for re-engagement than the one-dimensional prism of the US-China conflict. 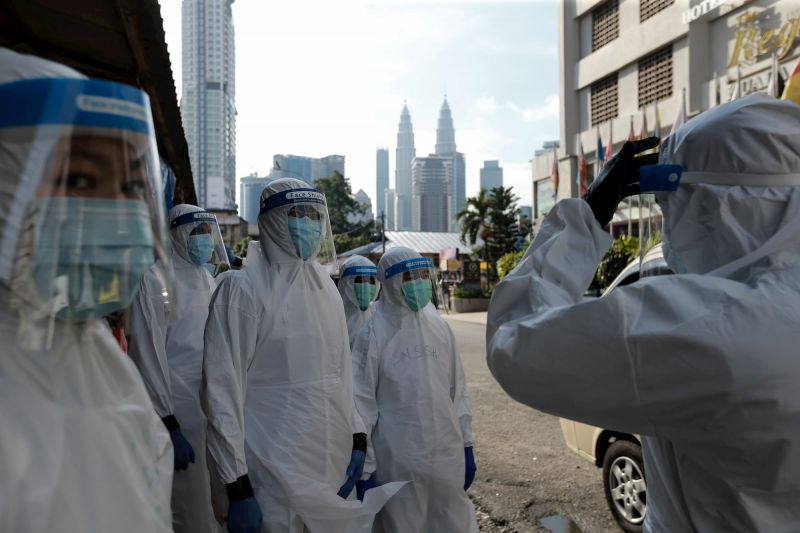 The case for Australian policy-makers to pay attention to these sort of sub-currents is only underlined by the lack of consensus among the writers over how to deal with a rising China, beyond some acceptance its power has probably grown amid a decline in trust.

“The world focus on the rise of China will include its growing influence in health emergencies and global governance - much to the chagrin of Western countries,” argues Thai commentator Kavi Chongkittavorn in an assessment at odds with the common Australian view.

But it is broadly aligned with Ho, who says: “China is likely to emerge from the crisis more confident. Beijing will learn some important lessons. It will conclude that this is not a very reliable world, and that China’s indigenous economic capabilities should be built up.”

However, the Indian contributors are less accepting of a China-centred region, with Bagchi asserting that: “As we clear our blinkers, it should be clear that if a Western-dominated UN system did not suit India, a China-coloured one does not either.”

And Saran warns that China will be emboldened to advocate its authoritarian model requiring other countries to have “a powerful counter-narrative which should embrace a clear understanding that ‘Asian’ and ‘authoritarian’ are not synonymous".

At a time when middle powers such as Australia are pondering how to operate in a post-coronavirus world in coalitions of the willing or revamped existing institutions, the key arms of regional diplomatic architecture do not emerge from these essays in glory.

This ranges from the Association of Southeast Asian Nations (ASEAN) all the way to the United Nations General Assembly.

But Kamaruddin puts this failure in a useful regional perspective by arguing that while the European Union was naturally expected to deal with the health crisis in an integrated manner and has not, this expectation did not apply to ASEAN.

So, the scope still exists for it to learn and evolve from the pandemic.

Nevertheless, while there is a tendency to see ASEAN as ineffective, Tsutomu Kikuchi, from the Japan Institute of International Affairs, still sees it as the best starting point for other countries to develop a new way of managing US-China rivalry.

“The rest of Asia are not just pawns at the mercy of US-China power play - they have independent agency and are fully capable of navigating the ‘Great Game’ over the future of Asia,” he says in a call for using the pandemic to create a new rules-based order not dominated by either China or the US.

And in an interesting prediction from an observer from Japan, a close US ally, he says there already are indications “that the 'rest of Asia' countries are moving beyond a US-China order".

This optimism can draw support from some counter-intuitive criticism of the superpowers within these essays.

One of Indonesia’s longest-serving international strategists and supporters of the country’s relationship with the US, Jusuf Wanandi, says the pandemic has damaged American prestige in the region and brought into question the future of the US alliance system.

But Pou Sothirak, a commentator from Cambodia which is often seen as a Chinese vassal state, says: “China needs to win real trust from all corners of the globe. To this end, it must work harder to address allegations of an early cover-up in Wuhan, and also to be more transparent in revealing the Chinese experience and scientific research.”

So, on balance, what does the future hold for trans-border co-operation in the most populous and still fastest-growing part of the world after a once-in-a-century disease shock?

The Diplomatic Academy of Vietnam’s Dang Cam Tu says the perceived inefficiency of established regional and global institutions in an hour of need has opened the way to mini-lateralism – where small coalitions of countries try to resolve problems.

Tsinghua University’s Li Li fears more ideological competition and deglobalisation when such a common threat as a pandemic should provide a basis for more co-ordination.

Wanandi agrees that the pandemic has underlined the need for more international co-operation. But he worries the failure of the Group of 20 economic powers to deliver anything concrete and the attacks on the World Health Organisation raise concerns about the future of international institutions all the way up to the World Trade Organisation and the International Monetary Fund.

In a warning that the diplomatic landscape can still quickly change, Saran observes that while Asia looks to have done better in coping with the pandemic, there is a way to go as it reaches into more vulnerable states.

So, he concludes: “Whether there is an ‘Asia versus the West’ dimension to the post-COVID-19 debate will depend on what happens from here.”

This article first appeared in the Australian Financial Review on May 28, 2020.