Singapore Prime Minister Lee Hsien Loong has warned his people face a harsher world in which countries will fight more over how a potentially smaller pie is divided up. Kean Wong analyses the challenges facing the city state as it simultaneously engineers a generational transition in its politics and looks to reinvent its economy in the Age of COVID.

Singapore’s challenges in the past half-year amid a global pandemic are surpassing its half-century of trials as an independent nation of 5.7 million. Like many of its neighbours, the impact of the COVID19 pandemic and its aftermath threatens to reverse gains that have been hard won since independence.

Its identity as a globalised trade and finance hub, in a booming region buoyed by giants China and the United States, will irrevocably change as the world grapples with the aftermath of the pandemic. Singapore’s early response to the pandemic in late January has also revealed how good governance, a well-run public health system, and an effective bureaucracy can successfully contain infection rates across a densely populated city-state, while keeping schools, business, and public spaces open.

It was a ‘gold standard’ model for other countries tackling COVID19 – until the April outbreaks in foreign worker dormitories highlighted how the notion of Singapore society didn’t include over 300,000 labourers living on the fringes of the city. The virus that didn’t respect borders as it spread also didn’t account for passports or work papers of those who had been building the housing, transport and maritime infrastructure of Singapore.

Kicking off a series of government leaders’ speeches to the city-state on 14 June, the Singapore Prime Minister Lee Hsien Loong was forthright about the tough times ahead. He warned how countries like Singapore—which have been key cogs in the globalised economy—will struggle against closed borders, rising geopolitical tensions and “a less prosperous world”. This month’s leaders’ speeches are being televised ahead of what’s expected to be historic elections this year, in which the ruling People’s Action Party (PAP) plans to start the transition to a younger ‘fourth generation’ of leaders branded as ‘4G’.

For a country that had an idealised notion of its role in a borderless financial world, closing the borders and implementing strict containment and testing measures in April overturned the normal order of business. While the number of imported cases of COVID19 infection had dropped to a handful by early April, the spread got worse locally from late March, when local cases jumped up from under 30 to over 100 cases by early April.

The government’s restrictions announced in April were dubbed a ‘circuit breaker’, and ran for a month from 7 April. The circuit breaker included closing most workplaces except for those classified as essential services, and moving all schooling to home-based classes. The wearing of masks in public was encouraged, with reuseable masks distributed to households, and made mandatory by mid-April. 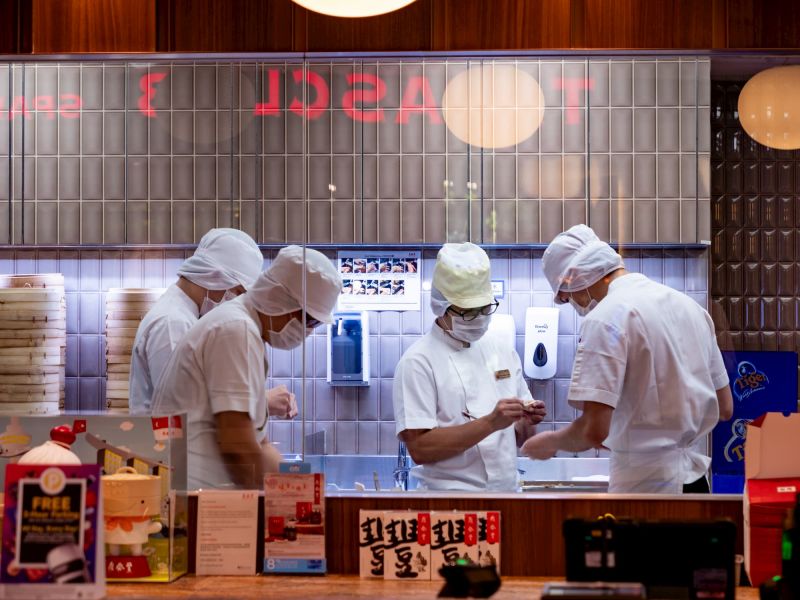 Despite these measures, the number of new cases in a single day hit 407 on 15 June – a “significant number” linked to clusters in the foreign worker community. Over a month after the ‘circuit breaker’ measures were implemented, most of the 40,604 cases of COVID-19 in Singapore had been found among workers crowded into the 43 official dormitories sited in industrial areas and on the fringes of the city.

Although the death toll has been low—there were only 26 deaths by 15 June—the early progress made before April that won Singapore plaudits globally all came undone when those not counted as part of Singapore’s 5.6 million people were overlooked in the pandemic, highlighting how the economy’s poor and marginalised workers were also the most vulnerable in a health crisis. It also revived debates over Singapore’s 1.4 million foreign workers, how they made up a third of the country’s workforce, and the critical roles they play in keeping wages down while building the key parts of its globalised economy.

The economic impact of the pandemic is still being counted. But deputy prime minister Heng Swee Keat hasoffered some bracing forecasts: the number of unemployed Singaporeans is expected to jump above 100,000 this year from last year’s 73,000, more than the 91,000 who lost jobs during the 2003 SARS epidemic.

Singapore is spending 19.2 per cent of its GDP, or S$93 billion, as part of its economic response to the downturn caused by the pandemic, with a focus on keeping workers in their jobs and helping businesses stay afloat as major sectors such as travel and tourism dramatically contract because of closed borders.

Prime Minister Lee said last Sunday that Singapore had “benefited enormously” from an open and connected global economy, with sectors such as manufacturing, biotech, financial services and logistics serving regional and world markets. But the post-pandemic world won’t be a return to that open global economy, and “countries will have less stake in each other's wellbeing”. Cargo ships crowd the Port of Singapore, one of the busiest ports in the world. Image credit: anek.soowannaphoom, Shutterstock.

“They will fight more over how the pie is shared, rather than work together to enlarge the pie for all. It will be a less prosperous world, and also a more troubled one. All these developments will affect Singapore greatly. Since before the time of Raffles, we have made a living by connecting ourselves with the world,” he told Singaporeans, urging them to prepare for a “very different future” as it will be “a disruptive and difficult time” ahead.

Lee’s comments came amid forecasts that the economy might contract by as much as 7 per cent, which would represent the worst downturn Singapore has experienced since independence in 1965. The four separate stimulus packages that amount to nearly 20 per cent of the economy include wage subsidies and cash handouts, as well as tax waivers and rental rebates for businesses, all funded from its sovereign cash pile. Whether this will be enough to reinvent an economy and keep jobs in what has been the region’s air, maritime and petrochemical and refining hub is uncertain.

“[We] are systematically rebooting our economy, as countries emerge from lockdowns. We are rebuilding our transport and trade links. For example, Changi has already resumed transit flights. We are working out Reciprocal Green Lane arrangements for safe travel to China and other countries… Next, we are working hard to retain and attract talent and investments to contribute to our recovery. At a time when some countries are closing their doors, we are keeping ours open. By making the most of our head start, our workers and industries will survive the crisis better, and bounce back faster and stronger,” the prime minister said last Sunday.

The Political Challenge and the 4G Transition

Bounce back they may, but the scale of the dangers facing Singapore’s economy are prompting the government to hasten the 4G transition.

Deputy prime minister Heng has suggested an early election would serve to “rally” the community behind the task of managing the “longer term challenges” posed by the pandemic.  The election must be held by 14 April next year. 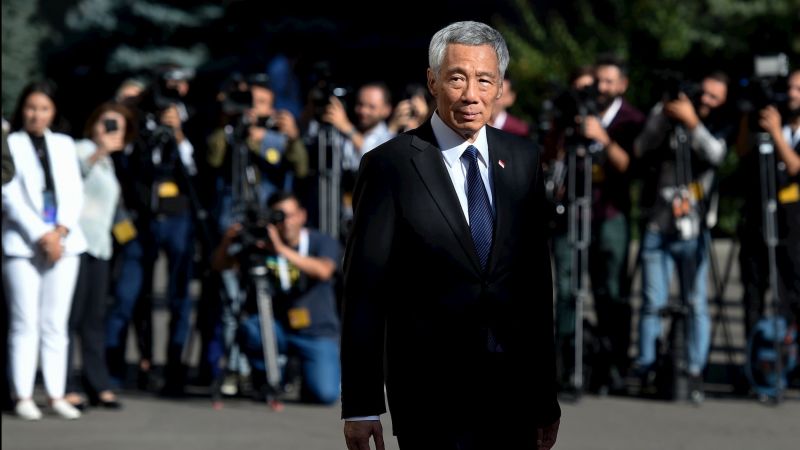 The PAP government has put through parliament a “special arrangements” bill that includes a range of new measures to ensure voters and candidates would be safe if an election were to be held during the pandemic. About 2.65 million voters will be voting for 93 seats this year, up from 89 seats in the 2015 elections thanks to redrawn electoral boundaries.

With the great uncertainties facing Singapore and the global economy, and the general acceptance of the government’s handling of the pandemic so far, PAP might even improve on the 83 out of 89 seats and 69.9 per cent of the votes it won last time.

While the general election and the rebuilding of Singapore’s economy are likely to be the government’s focus for the next several months, it is the region’s geopolitical uncertainties and the imperiled rules-based trading order that present the big future challenge for Singapore’s 4G leaders.

This was a theme touched on by the prime minister in a recent essay in the journal Foreign Affairs titled ‘The Endangered Asian Century: America, China, and the Perils of Confrontation’.

With Singapore and its neighbors heavily dependent on China and its giant economy, and its size easily making it the largest trading partner for much of ASEAN, there was also the challenge of keeping the United States engaged in a region it had provided a security umbrella for over half a century.

Yet escalating trade and military tensions between the United States and China has made cultivating good relations with both countries difficult for countries in the region like Singapore, Lee wrote. Singapore and its neighbors would prefer not to be forced into choosing sides in a losing zero-sum game of geopolitics.

A stable and peaceful international order is under threat in the region, with potential military conflict in the South China Sea a possibility if Washington and Beijing don’t overcome their differences and build on mutual trust. “This is a fundamental issue of our time,” the prime minister wrote.

Amid the pandemic, and the economic devastation that it has wreaked across the region, the coronavirus Singapore has mostly overcome may turn out easier to contain than the geopolitical virus now infecting the regional order.

Kean Wong is a Malaysian journalist and editor of "Rebirth: Reformasi, Resistance, and Hope in New Malaysia".