On 29 May, the Australian government launched an international development policy, Partnerships for Recovery, that sets out a framework for Australia’s development efforts to address the challenges of COVID-19 in the Indo-Pacific.

The government had originally planned to release a long-term international development policy, but COVID derailed this. Instead it was decided to release a policy for the next two or so years covering the COVID crisis and aftermath.

What should we make of the new policy? There are three positive elements and one big negative.

Seeing development as a national interest

First, the policy makes a positive case on why Australia should care about development in our region. In the words of Minister for Foreign Affairs Marise Payne and Minister for International Development Alex Hawke, “How our neighbourhood emerges from this crisis will determine Australia’s economic and strategic circumstances for decades to come.”

The policy makes it clear that it is in Australia’s interest to help its neighbours cope as well as possible with the inevitable economic, humanitarian, political and social impacts of the crisis. If it doesn’t, the health and economic crises in the region could pose real risks on Australia’s doorstep.

It is important to continue making the case that international development is part of the national interest and contributes directly to Australia’s foreign policy interests such as “an open, inclusive and prosperous Indo-Pacific region”, a “more resilient Pacific and Timor-Leste”, ensuring “Australians remain safe, secure and free in the face of threats such as terrorism” and tackling global challenges.

Partnerships for Recovery sends the right message of shared interests rather than charity: “Australia stands with our neighbours as we work in partnership to minimise the human, economic and social costs of this pandemic, and chart a course to economic recovery. Our shared security, prosperity and stability depends on it.”

Second, the policy has a welcome focus on Australia’s engagement with its immediate region: the Pacific and Southeast Asia. It places a clear priority on Australia’s immediate region: “These are the places where we have the most extensive partnerships and can have most impact”. Within this, it identifies a “first tier” of priority countries as the Pacific islands, Timor-Leste and Indonesia.

In particular, Indonesia is of great strategic and economic importance to Australia. While Indonesia has enjoyed economic growth and has been predicted to be among the world’s top five economies by 2050, it still has an enormous number of people living in poverty. Indonesia has been particularly hard hit by COVID-19and needs international support.

Australia should remain engaged with Asia’s emerging economies in addressing their development challenges.

Third, the policy makes a welcome acknowledgement of the interconnection between Australia’s tools of international influence: development, diplomacy and defence. It sets out “how Australia’s development efforts will work alongside the full suite of our national capabilities—diplomacy, defence, security, commercial links, scientific skill, people-to-people ties—to address the challenges of COVID-19 in the Indo-Pacific.”

The Ministerial press release notes that this is not just an aspiration: “We are drawing on the full range of Government assets to address the impacts of COVID-19 in our region, working with the Australian Defence Force, Home Affairs and other government departments.” 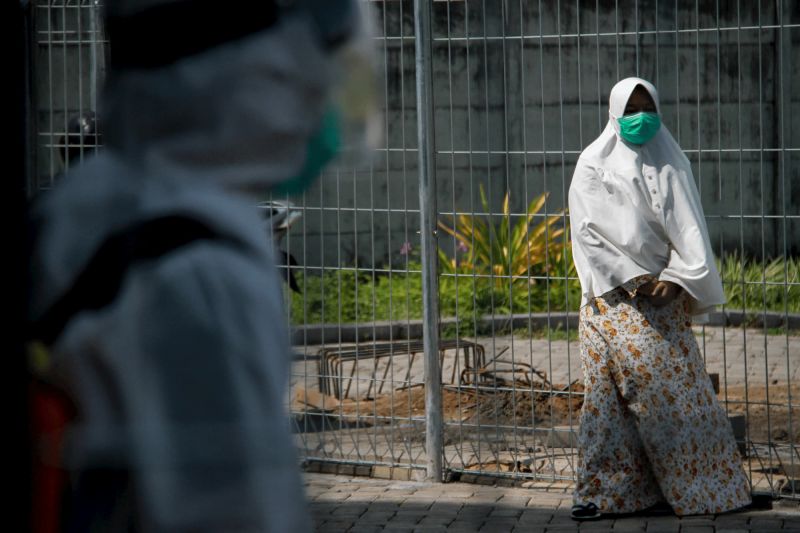 No money where the mouth is

The biggest negative of Partnerships for Recovery is not unexpected: there is no new funding provided in the policy. The terms of reference to develop an international development policy stated that additional funding was not on the table and this has not been revised even during COVID-19.

The only funding change is repurposing $280 million from the existing budget for scholarship recipients and international volunteers that are no longer able to travel. Given the cogent case Partnerships For Recovery makes for the importance of the region and the impact COVID will have, to not pledge any new money is telling. It is eerily similar to the release of the Foreign Policy White Paper which eloquently described the challenges facing Australia internationally and then offered no new money: magical thinking, no new resources.

Australia’s overseas development program has been cut drastically in the last five years, declining by 27% or $962.5 million.

The current underinvestment in diplomacy and development diminishes Australia’s influence. In a contested and competitive region, aid is a tool of statecraft. Development partnerships increase Australia’s influence: for example, through improved connections and networks, the ability to shape perceptions in target countries and greater access to government due to development spend.

When Partnerships for Recovery says that Australia aims “to be a partner of choice for our neighbours” it is acknowledging that Australia isn’t the only country providing assistance through the pandemic. For example, China is providing COVID-19 aid to the Pacific including sharing knowledge through videoconferencing, testing assistance, grants, and the creation of a $1.9 million China-Pacific Countries anti-COVID-19 Cooperation Fund to allow the purchase of Chinese medical supplies. It has moved quickly to provide significant assistance to Indonesia. China’s aid during this time is being viewed as Beijing improving its soft power in a strategically significant area. The Ardern government has increased New Zealand’s aid budget in light of COVID-19.

Partnerships for Recovery states, “The scale of the COVID-19 crisis will dwarf the resources we have available”. If Australia wants to maintain and expand its influence, it may have to reassess the scale of investment it needs to make.

Melissa Conley Tyler is Director of Diplomacy at Asialink, The University of Melbourne. She tweets at @MConleytyler.