The sharp decline in international student numbers is the ‘canary in the coal mine’, marking the depth of the COVID-19 economic downturn facing Australia and the region. Denis Blight AO, one of the architects of Australia’s international student recruitment drive, argues cash-strapped universities will have to adapt to the new marketplace with new approaches to teaching that offer a ‘seamless combination of offshore, online and face-to-face delivery’.

Australia’s engagement with Asia is threatened by COVID-19 – a threat of unknown duration and uncertain dimension. Tourism, trade in educational and cultural services, immigration, investment, indeed any activities dependent on the movement of people across borders are particularly exposed.

This is not the first external event to impact on such activities: think of geopolitical events like Tiananmen Square in 1989, the Gulf wars of the 1990s, the string of terrorist attacks after 9/11, and the invasions of Afghanistan and Iraq and their aftermath. Then there were economic shocks like the share market crash of 1989, the Asian financial crisis of 1997 to 1999, the SARS epidemic of 2002-3, and the global recession of 2007 to 2010.

As an indicator of recovery, only the SARS crisis had any sizeable impact on Australia’s recruitment of international students, the canary in our coalmine, dominated by students from Asia: it dramatically slowed but did not stop the rapid growth experienced from 2000 up until March 2020.

Now COVID-19 has struck, more dangerous to our health and to our economy than anything before. The movement of people across Australia’s international borders has been stopped by Government decree and public fear. Recovery will not be as easy this time, particularly because the crisis is so vast in its impact on our trading partners in Asia and on our own behaviour.

The canary is choking. The suspended growth in international student enrolments has highlighted weaknesses in international education strategies and particularly over-dependence on India and China, on face-to-face teaching, and on a narrow range of disciplines.

Modelling by the University of Melbourne’s Ian Marshman and Frank Larkins has demonstrated that ‘universities face serious financial challenges’ that may ‘endure for many years’ and are ‘likely to result in changes to sector-wide operational practices more profound than anything experienced since the early 1990s’. The depth of this crisis suggests that the business structure of international student recruitment may be broken; recovery will not follow the pattern of previous years; and a new model will be needed. But we do not know what it will look like.

Most universities have strengthened their balance sheets largely on the back of international student recruitment, but not all are so well placed. Some are in trouble.

A range of factors that will inform the prospect of recovery are in play. Slowing income and remedial spending will quickly deplete cash reserves.

Government funding of universities has declined from 1.5 per cent of GDP in 1975 to around half that proportion now. In 1975, around 277,000 students were enrolled in higher education; by 2016, the number had increased fivefold to 1.46 million.

A reduction in government funding will also play a major role in the financial positions of Australia's universities. Image credit: Nils Versemann, Shutterstock.

Well-intentioned changes in government funding of universities that increase fees charged for humanities courses and decrease them for agriculture and STEM (with domestic students expected to share a greater proportion of the financial burden) may have unintended consequences for university finances. This in turn could impact on their resilience to the crisis.

Changes announced in foreign policy, cultural exchanges and national security may impact on perceptions of Australia and adversely on international education, and other sectors reliant on foreign patronage.

Importantly, community attitudes to international students, foreign tourists, immigrants and the costs and benefits ascribed to them (including perceptions of pandemic risks) are in the mix. Australia, Canada and New Zealand, as relatively COVID-safe countries, ought to prove to be more attractive destinations for students, tourists, immigrants and investors – especially compared to the United States and the United Kingdom. One study suggests a bonanza, provided our borders are opened.

Just as is the case with other activities dependent on the movement of people across borders, much will depend on the response of universities, businesses, the community and Australian governments.

For international education and related services, a new business model with a flexible seamless combination of offshore, online and face-to-face domestic delivery will be needed – with the boundaries between each adjustable as health circumstances change.

Pilot projects that combine quarantine, COVID-19 testing and charter flights are under preparation, although universities are proceeding cautiously.

Still, it will not be enough just to bring back international students – Australia faces a growing competitive challenge in higher education from abroad. Our universities have to be better and it is hard to see how this can be achieved without a greater, sustainable commitment of public funding as universities in countries like Japan and Singapore, and eventually China, close the gap, and even overtake us, in the quality rankings.

A cohesive, interconnected response by universities, that takes advantage of efficiencies of scale, would help. 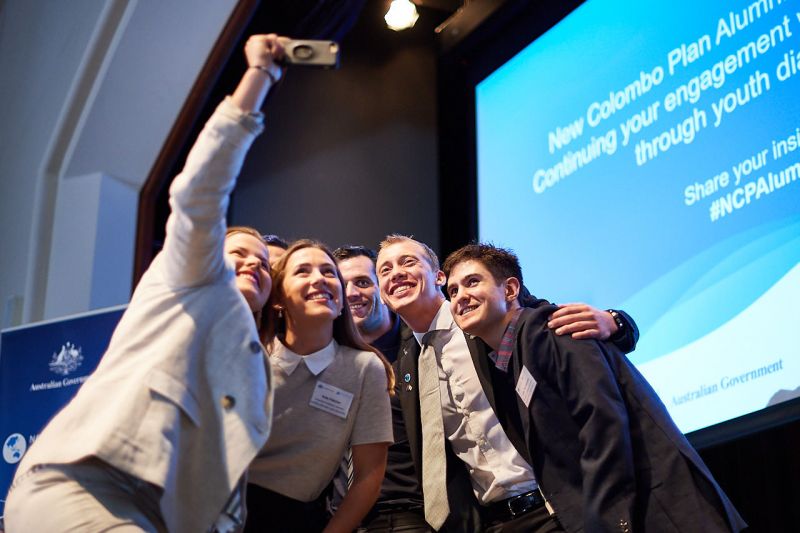 Government policy also should be geared to resuming the reverse flow of people, including students, tourists and immigrants across our borders. This should include the movement of young Australians to student and immigrant source countries, such as is afforded in the case of Asia by the New Colombo Plan and by Australian Volunteers Abroad.

A broader national package also might fit comfortably within a framework of an effort to promote Australian education and studies, language teaching (several language teaching centres in the Asia Pacific could be self-financing or cross-subsidising components of the framework), and culture such as was envisaged in the short life of the Australia Abroad Council. This could loosely follow the model of some of the European language and culture institutes. Conversely, we also need to educate ourselves about Asia.

To achieve all this, the first thing we need is a costed business plan drawn up by Australian universities through collaborative work. Universities should not wait for a government rescue package, but take the lead, as they have done before.

Dr. Denis Blight AO is a former Australian diplomat and aid administrator with responsibilities for Australian aid in Southeast Asia and China. He is the former CEO of IDP Education Australia a not-for-profit international education agency. He also is former CEO of CAB International in the UK and former CEO of the Crawford Fund. He is now an honorary Visitor at the ANU School of History.