Analysts of the civil war in Myanmar are daring to entertain the prospect of the junta’s defeat. But Andrew Selth argues total victory for either side is likely to prove elusive.

Over the past few months, there has been a significant shift in the tone of the expert commentary on Myanmar’s civil war. Experienced observers are starting to hedge their bets on the eventual outcome of the conflict. A few are even allowing for the possibility of a military victory by the opposition movement, something once dismissed as impossible.

Following the coup on 1 February 2021, most professional Myanmar-watchers warned that, despite the unprecedented support shown for the pro-democracy movement, Myanmar’s armed forces (or Tatmadaw) should not be under-estimated. They had weaknesses, but were powerful, ruthless and determined to assert their control over the country, whatever the cost.

The nation-wide civil disobedience campaign weakened the regime but could not bring it down. A shadow National Unity Government (NUG) was formed, and included a few ethnic armed organisations (EAO), but it was weak and divided. Its People’s Defence Force (PDF) was disorganised, ill-equipped and poorly trained. Also, the NUG had little control over many of the other armed groups that emerged to resist the junta.

Since the beginning of this year, however, the security situation in Myanmar has been changing. The Tatmadaw is now stretched very thinly, and is relying on the police force, intelligence agencies and ad hoc militias to help enforce its will over the population. Reports of military casualties are doubtless exaggerated, but security force losses are high enough to raise questions about the attrition rate, and the sustainability of key military formations. 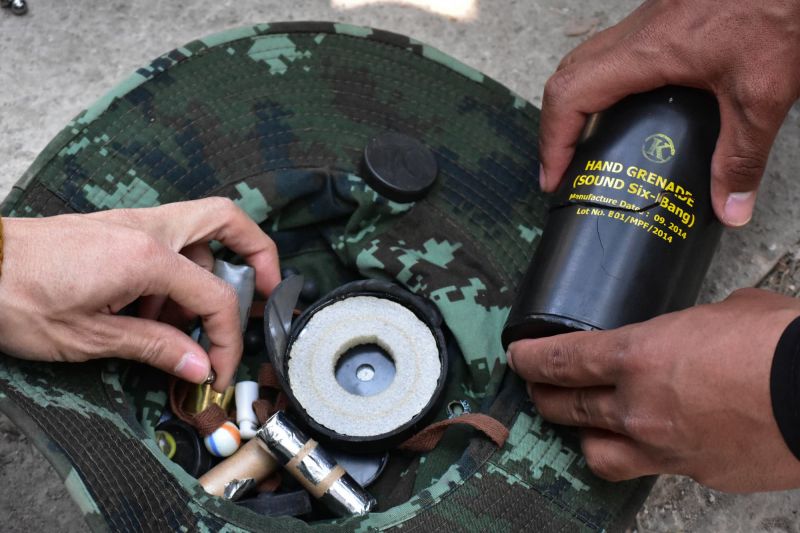 The resistance still lacks weapons, equipment and expertise, but it is now better organised, better trained and better armed. It reportedly consists of some 259 PDF units, with approximately 80,000 - 100,000 members. In addition, there are around 250 local defence groups, and 400 other ‘guerrilla forces’ (a term that seems to include both rural guerrilla bands and urban resistance cells), that broadly support the NUG’s aims.

The NUG claims that it now controls half of Myanmar, (although this seems to include large areas under the sway of EAOs). Its leaders speak of ‘going on the offensive’. They also point to growing contacts with foreign governments and international organisations. None of these have formally recognised the shadow government or promised lethal aid, but the junta is becoming increasingly isolated. The momentum seems to be with the resistance.

It is difficult to judge how valid the NUG’s claims are. It has made some bold pronouncements that do not accurately reflect the situation on the ground. Indeed, according to The Economist, there is a risk of the opposition movement believing its own propaganda. More to the point, perhaps, news reports coming out of Myanmar, and repeated in the international press, are often one-sided and unverifiable.

That said, some noted Myanmar–watchers are now revising their pessimistic forecasts. A number have acknowledged that the Tatmadaw is on the defensive, and struggling to meet the challenges posed by the armed resistance. The recruitment of ad hoc militias, the training being given to soldiers’ wives, the use of policemen for military duties and attempts to strike peace deals with the EAOs all suggest a regime under pressure.

One strategic analyst has even asked ‘Can the NUG win the war?’ Another expert has posed the question ‘Is the Myanmar military on its last legs?’ A senior US official stated recently that ‘it’s hard to see today how [the generals] could realistically think they can win’. One academic researcher has gone so far as to suggest that the international community ‘needs to prepare for a post-Tatmadaw Myanmar’.

The ground is certainly shifting, and it is important to keep an open mind, but it is too early to make any firm predictions about the outcome of the civil war. The security situation in Myanmar is fiendishly complex and constantly changing, with a wide range of actors operating in different ways, at many levels. There is a great deal that we still do not know, particularly about the military leadership and the security forces.

Even so, as long as the Tatmadaw remains largely loyal and cohesive, and the generals continue to be backed by Russia and China, it is hard to see them being defeated by force of arms. The junta may lose control of the country’s periphery (a situation past governments have encountered) and it will face serious challenges elsewhere, but it should still be able to survive in the ethnic Bamar heartland. The regime is clearly in difficulties, but it does not have to win the war to remain in power. It just has to avoid losing it.

Indications are that the current political and military stalemate will continue for some time, possibly even years. The picture would of course change if there was a significant shift in the strategic environment, say if a major Tatmadaw combat unit mutinied, or if a foreign government provided the PDF with modern arms, like shoulder-fired missiles. However, at this stage, such scenarios remain hypothetical.

Neither side is in a mood to compromise. The junta has vowed to ‘annihilate’ the opposition movement, which it describes as terrorists. The NUG has formally declared war on the military regime and rejected any suggestion of a negotiated settlement. As US Counsellor Derek Chollet told the IISS conference in Singapore earlier this month, at the moment ‘there is no off-ramp’. For both sides, the goal is total victory, but such an outcome is likely to prove a chimera.

Andrew Selth is an Adjunct Professor at the Griffith Asia Institute, Griffith University, in Brisbane, Australia. His latest book is Myanmar (Burma) Since the 1988 Uprising: A Select Bibliography (4thedition) (Singapore: ISEAS Publishing, 2022).