The prospect of popular ‘democratic’ revolution displacing the military in Myanmar looks increasingly remote. Veteran analyst Andrew Selth argues the more likely scenario is for Myanmar to lurch back into isolation as a poor, “bitterly divided and broken-backed authoritarian state”.

Predicting Myanmar’s future has always been a risky business. It opened up to academics, journalists and others after the abortive 1988 pro-democracy uprising, but there is still much about its politics, economy and society that remain little known and poorly understood. For example, despite being the most powerful institution in the country for over half a century, its armed forces (or Tatmadaw) still defy detailed analysis.

In these circumstances, only a very bold or foolhardy observer would claim to be able to see where the country is heading, beyond the short term. Even so, it is important that some effort is made to identify emerging trends and to make cautious assessments about the likely course of events. For, without such a picture in mind, it is difficult to understand the significance of current developments and to formulate realistic policies aimed at tackling specific problems.

Before attempting a description of what Myanmar could look like over the next year or two, it might be helpful to lay down a framework for analysis, and state some basic assumptions.

First, Myanmar’s security forces are larger, stronger and better resourced than any of the country’s ethnic armed organisations (EAO), either taken individually or considered as part of an anti-junta coalition. The opposition’s “new age rebels”, such as the self-proclaimed People’s Defence Force (PDF) and sundry armed resistance groups, including local militias and urban guerrilla cells, are uncoordinated, poorly trained and ill-equipped.

Second, the “young officers’ coup” postulated by some activists is a remote prospect. Nor is Commander-in-Chief Min Aung Hlaing likely to be ousted by army “soft-liners” willing to negotiate a deal with the pro-democracy movement. The “defection” of hundreds of soldiers and police personnel will not make any real impact. They are useful in propaganda terms, and can pass on some practical skills, but they will not change the overall balance of forces.

It follows from this that the junta cannot be overthrown by force of arms. As long as the vast majority of the security forces remain coherent and loyal, and their discipline holds, they are bound to prevail in any direct competition for power. As Robert Taylor once wrote, “only the army can end its own role in Myanmar’s politics”, and the generals have shown once again that they are determined to cling to power, no matter what the cost. 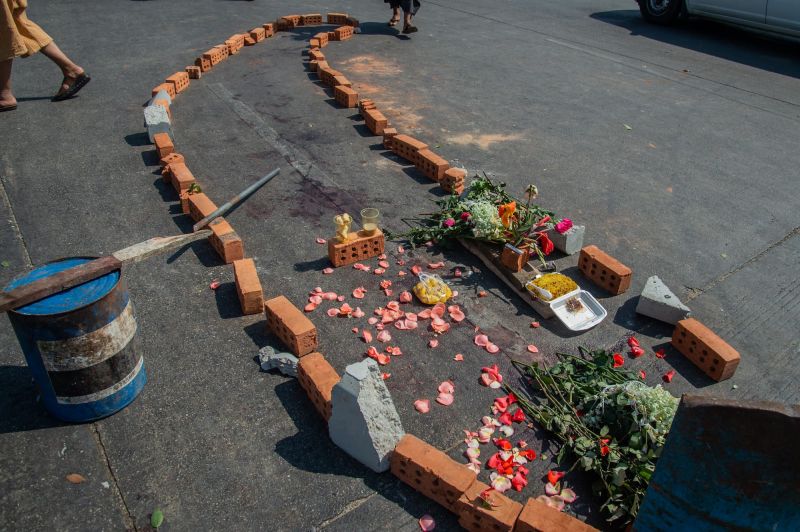 Fourth, some EAOs have shown token support for the opposition movement, but they will always act in their own interests. They have no commitment to the idea of a strong central government, even one under civilian control. Some groups are standing aloof from the current turmoil, but others are taking advantage of it to expand their territories and gain greater control over sources of income, like jade and drugs.

Fifth, the junta’s responses to these challenges are following familiar patterns. In urban areas, there has been a return to the kind of tactics that characterised Myanmar’s police state before 1988, with the security forces identifying, tracking down and detaining anyone suspected of opposition to the new order. The friends and families of the accused are also vulnerable. Beatings, torture, sham trials and extra-judicial killings are again becoming the norm.

In rural areas too, the security forces are employing familiar methods. Counter-insurgency strategies have evolved over the years, but their characteristics remain the same. By using overwhelming force, efforts are being made to isolate the EAOs and cut them off from arms, recruits, food, funds and intelligence. Areas of disputed countryside are designated free-fire zones, with anyone, or anything, inside them liable to be attacked without warning, or mercy.

If these broad assessments are accepted as the basis for future projections, then a picture emerges of Myanmar as it may develop over the next few years.

There is no going back to the Myanmar that existed before the coup. The regime is determined to remove Aung San Suu Kyi and the National League for Democracy (NLD) from the country’s political scene. Even the exiled National Unity Government (NUG) seems to envisage a new kind of administration, under different actors. The 2008 constitution provides the generals with a legal fig leaf for their actions, but it too is unlikely to survive.

Whether or not there are fresh elections and a new quasi-civilian government, the armed forces will remain the country’s dominant political institution. As Thant Myint U has argued, they will “partially consolidate” their rule, and exercise control over the central core of Myanmar, where the majority of the ethnic Bamar Buddhist population lives. However, the regime will be kept off-balance by various armed militias and urban resistance groups.

The generals have shown that they can be surprisingly pragmatic when it comes to security matters, and it is possible that arrangements will be made with EAOs like the Arakan Army and the United Wa State Army, to keep them quiescent. That would reduce the challenges faced by the Tatmadaw. However, outside Myanmar’s central core the regime’s territorial control will be vigorously contested by EAOs and others. Refugee flows will increase.

Also, any future government will struggle with a range of complex economic and social issues. The country is already on its knees, as basic services break down, the financial system fails, the cost of living rises, unemployment increases and more people fall into poverty. The COVID-19 pandemic is out of hand. These problems are bound to grow, leading to what one observer has described as “legions of dirt-poor, uneducated, ill-fed and sickly people”.

Countries like Russia and China will continue to support the military regime, including with arms. ASEAN will put its unity above all else, and is unlikely to make more than token efforts to help resolve Myanmar’s problems. Japan and South Korea will make the right noises but do little in practical terms. The Western democracies will take symbolic measures against the regime, but it is hard to see them having any impact on the generals’ thinking, or actions.

No recognised Myanmar-watchers have predicted the failure of the pro-democracy “revolution”, but few seem to anticipate its success. None have suggested that the NUG will be able to exercise effective control over the many disparate elements currently resisting the junta. At least some experienced observers believe that the Tatmadaw’s staying power is greater than that of the opposition movement. Most agree that international recognition for the NUG is very unlikely and the possibility of foreign military intervention, for example under R2P principles, has been widely dismissed.

Similarly, few objective observers foresee the successful implementation of any of the key policies floated by the NUG. These include the formation of a viable alternative government, the disbandment of the Tatmadaw, the creation of a more representative “federal army”, a nation-wide peace agreement that accepts the claims of the ethnic minorities, and the grant of citizenship to the Muslim Rohingyas. These ambitions seem destined to remain unfulfilled.

The International Crisis Group has warned that Myanmar is on the brink of becoming a failed state. Some analysts believe this is already the case. Others, like Michael Martin, foresee Myanmar’s breakup into several small sovereign states, with the EAOs carving out their own territories around Myanmar’s periphery. Clearly, this would have dire consequences for the security of the whole region.

A more likely outcome, however, is Myanmar’s survival within its current borders, but in a much-diminished state compared to a few years ago.

Indeed, there is a good chance that, for a few years at least, Myanmar will resemble the isolated, bitterly divided and broken-backed authoritarian state seen during the 1970s and 1980s. A few generals have already harked back to such times, telling the UN that Myanmar can survive sanctions, and will “have to learn to walk with only a few friends”. It had done so before, they said, and could do so again.

Some, if not all, of the scenarios sketched out above will doubtless be contested by activists, idealists and optimists. They may ultimately prove to be better judges of future events. After all, Myanmar has always had the ability to surprise, as the 1 February coup proved. Even so, no-one looking critically at Myanmar would disagree that its future looks very bleak and there is no light on the horizon, at least in the near to medium term.