Late on Thursday, Scott Morrison joined Japanese Prime Minister Shinzo Abe for the latest in a series of ‘virtual’ meetings with regional leaders. High on the agenda were the usual array of security challenges, set against the backdrop of Asia’s biggest foreign policy dilemma – how to manage the rise of China. As former ambassador John McCarthy notes, there are lessons to be gleaned from Tokyo’s handling of this most sensitive diplomatic problem.

Scott Morrison had a virtual meeting with Japanese Prime Minister Abe on Thursday, which is to be followed by an official visit to Japan when COVID 19 permits. Morrison is taking Japan seriously. Good.

It is widely assumed here that our relationship with Japan is at bedrock economic – albeit containing a strategic dimension given our shared status as American allies.

It is more than that. Japan and Australia have led the way in the creation and growth of the major regional organisations such as APEC. Our countries revived the Trans Pacific Partnership regional trade agreement (CPTPP) when it was abandoned by the United States.

We have a successful and growing program of bilateral defence cooperation. In the last 15 years the military contingent in our Tokyo Embassy has grown from two to about a dozen. Joint exercises and policy exchanges have proliferated.

For Australia, the projection of American power, even under Trump, remains the prime factor in preserving strategic equilibrium in Asia. But we need to better appreciate Japan’s significance in maintaining that equilibrium. 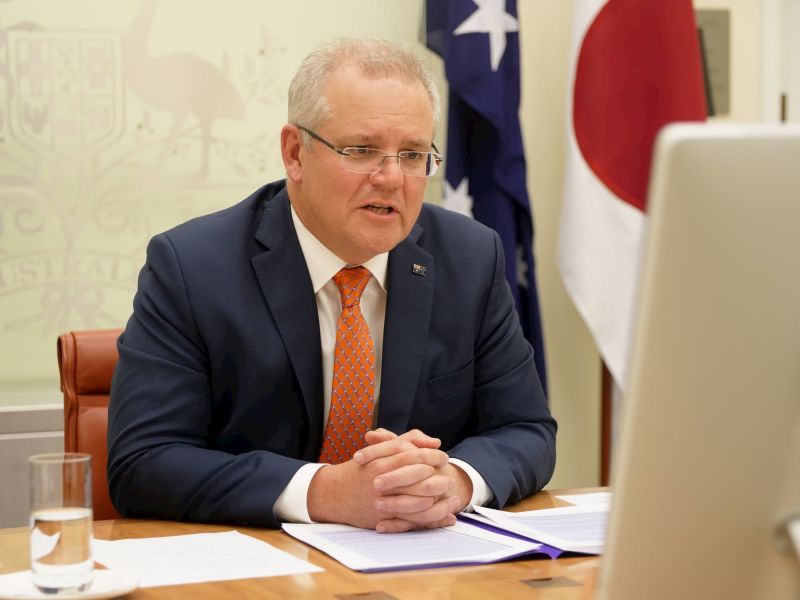 In this connection, we understand Japan’s role as a host of American forces, its military competence, its continuing wealth and its democracy. However, there is insufficient recognition in this country of two other factors

The first is Japan’s example in managing China. In this task, it is more mature and sure-footed than Australia or the United States, especially given the harsh realities of the Sino-Japanese relationship.

Any Japanese government has to shape its China policy in the context of its deep-rooted historical differences with China, including contested claims to the Senkaku islands in the East China Sea and festering issues from World War 2 – impediments with which Australia does not have to deal.

Japan also has to accommodate a range of internal views on China – from those of anti-Chinese nationalists to the pacifists, including those in the current government’s junior coalition partner, the centre-right New Komeito party.

Japan’s approach towards China has varied. But particularly during the tenure of Prime Minister Koizumi (2000-2006) and Abe's second term (from 2012), it has been tough minded, but not confrontational.

In 2015, for example, Japan reinterpreted its constitution to permit “collective self-defence” – giving it greater freedom of action to act as an ally of the United States if the latter were attacked.

These periods have cost Japan in its dealings with China, but it has sought to maintain a balance in its dealings with its neighbour. Abe made an official visit to China last year and a reciprocal visit by Chinese President Xi Jinping remains on the cards for later this year.

The Japanese also are careful about the tone and context of public statements about China, and the company in which these are made. For example, they have not sought publicly to blame China for COVID-19.

In response to China’s recent imposition of the National Security Law on Hong Kong, Japan chose not to express concern in one of the two Anglosphere statements (both involving the UK, Canada and Australia and one also including the United States), although invited to do so. Instead, it chose to express its views in its own statement and in a G7 communique.

Moreover, even in difficult times for government–to-government dealings, Japan’s ruling Liberal Democratic Party has maintained associations with the Chinese Communist Party and there remains a plethora of personal, political, academic and business links between China and Japan, which noted China scholar Richard McGregor refers to as “catacombs of communication”.

By contrast, in Australia there is criticism of those in business who argue for restraint in our dealings with China, and denigration of those organisations such as “China Matters“ that seek to assist the propagation of unbiased knowledge about China. If China is indeed to be our enemy, let us at least, like Japan, know it.

The second factor that we tend to ignore here, is that Japan’s statecraft and business skills provide a balance to China in Southeast Asia, compensating in some measure for America’s declining diplomatic input and dramatic loss of reputation in that region over the past decade.

Japan is no longer seen in Asia as the high-handed regional actor of the seventies and eighties. Abe made a point of visiting all ten ASEANs in the first year of his second term. A poll of ASEAN attitudes six months ago by the Singapore think tank, the ISEAS-Jusuf Ishak Institute, placed Japan as the most trusted extra-regional power, with twice as many positive responses as the United States and four times as many as China.

And Japan never has been a laggard in terms of investment in the region. In the crucial infrastructure sector, a widely published survey by Fitch Solutions in June 2019 noted that Japanese-backed investment in infrastructure in the six biggest ASEAN economies was 1.5 times as large as that of China (USD367 billion as opposed to USD 255 billion).

John McCarthy is a former ambassador to Japan and several other countries, including the USA.

A version of this article first appeared in the Australian Financial Review.