Fumio Kishida — Japan’s next Prime Minister — has a bit in common with Scott Morrison. As former ambassador Bruce Miller writes, it will provide a solid basis for a meeting of minds with an increasingly important security and economic partner for Australia.

Fumio Kishida, the man poised to be Japan’s next prime minister, has a dispassionate temperament and low-key political style that differs from Scott Morrison’s. But the two men share an underlying cautious pragmatism, unconstrained by ideology, that will provide a solid basis for a meeting of minds. Kishida almost certainly will go to the G-20 in Rome before facing a general election, which would allow the two prime ministers to meet face to face.

Kishida comfortably won the leadership of the Liberal Democratic Party (LDP) on Wednesday, but it was a hard-fought contest that could have gone one of three ways: the sort of internal party battle not seen in 20 years. 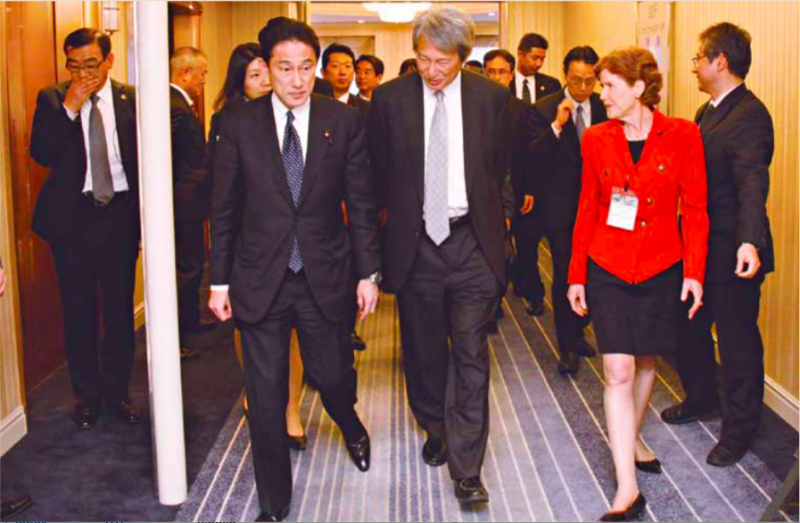 Looking back at the politicians I have known in Tokyo, Kishida clearly had the attributes of a post-Abe Prime Minister: political pedigree, leadership of one of the larger LDP factions, and time in senior positions, notably five years as foreign minister. But there were doubts he had the “ticker” for the top job, and he has been reluctant to get his hands dirty in back room politics. It was opposition from LDP power brokers to the rival candidacy of the maverick, but electorally popular, Kono Taro that brought Kishida victory. Most influential among those power brokers is former PM Abe, who appears determined to continue to dominate the party, and would judge Kishida more pliable than Kono.

In the end, Kishida was the safe and conventional choice. Not Kono, who party insiders feared would have a strong reform agenda and upend the LDP’s decision-making processes. Nor Takaichi, who is a conservative like Abe, but would have been a risky choice to be Japan’s first female leader, as she lacks Abe’s pragmatism and appears unwilling to compromise her strongly held nationalist views.

Hanging over the selection process for leader was the shadow of the imminent general election. Poor opinion polls had finished Yoshihide Suga. MPs in marginal seats wanted a popular leader; which originally favoured Kono. But Suga’s departure already has produced a boost in the polls. Put simply, Kishida looks like delivering a respectable victory.

I know Kishida from his days as foreign minister and as a rising politician. He is straightforward and well-meaning, knows his subject matter but has a detached and unworldly manner. Even in a tough conversation such as I had with him just after Japan lost its submarines bid in 2016, he was polite and inquiring, while deeply disappointed. A potential weakness is that he is too bound by bureaucratic talking points, and not willing to forge his own way.

We won’t see crash-through politics or ambitious outcomes from Kishida. A Japanese prime minister doesn’t make decisions alone – it’s a big, complex system with a lot of stakeholders. Still, a prime minister can drive the system harder to deliver greater ambition, as Abe did. Kishida, while competent, is unlikely to do that.

Kishida has staked out middle of the road positions and has a relatively thin agenda. Yet let’s not forget Japan took big steps under Abe and Suga – an activist foreign policy, revision of Japan’s interpretation of its constitution to allow a greater security role, reforms to corporate governance, agricultural reform that allowed trade liberalisation, greater ambition in reducing carbon emissions, a start on improving female participation in the workforce, and the introduction of foreign labour and digital innovation.

Kishida, like anyone serious in Japanese politics, is a strong supporter of the US alliance. On China, he went through the school of hard knocks as Foreign Minister from 2012 to 2017. I doubt his foreign policy will differ much from Abe and Suga. He will give weight to the economic relationship with China, stand firm on sovereignty, and support the Quad, while being more inclusive with Southeast Asian and European partners. 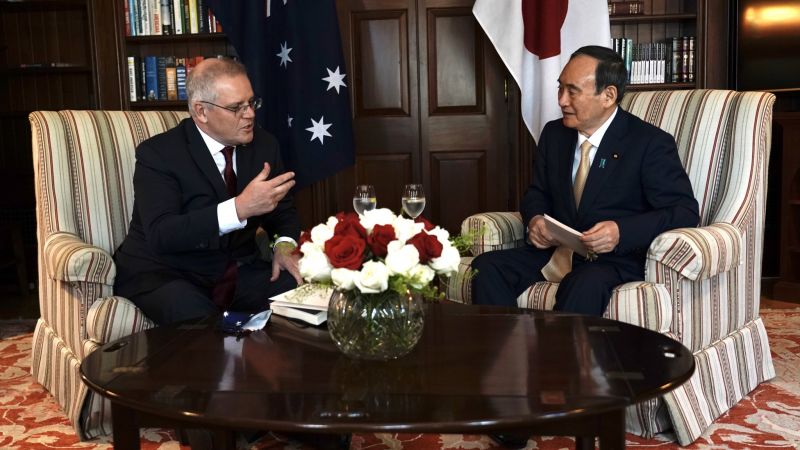 Much has been made of Tokyo’s clever diplomacy on China – standing up for itself, while not grandstanding, and giving weight to Japan’s economic interests. Comparisons to Australia don’t take us far as our circumstances differ. Japan has more economic leverage with China. China picks who to verbal: we are the preferred target now and Japan is not, although it has been many times.

On the subject of Australia’s submarines, Kishida will support the AUKUS partnership, and this should be a subject our prime ministers discuss, although he was cautious in televised debates about Japan itself acquiring nuclear submarines (an example of Australia’s decision driving wider regional discussion).

Economically, Kishida is something of a blank sheet. He says the right things. Yet he doesn’t have a defining domestic agenda. On energy, he inherits ambitious emissions targets, which represent a leap of faith. He will stick by them.

Kishida is well known to Australia and has always given us high priority, such as making Australia his first overseas visit when he became foreign minister under Abe. We are in good standing with Japan, and our national interests well aligned. I expect we will see incremental strengthening in our bilateral defence relationship, but probably struggle to deepen our economic integration.

Bruce Miller AO is the Chairman of the Australia Japan Foundation and was Australian Ambassador to Japan from 2011 to 2017. He has had a 43-year association with Japan.

This article originally appeared on The Australian website ($) on October 1, 2021.