Moves by political parties to wind back the clock on Indonesian democracy might overshadow the President’s economic legacy.

Joko Widodo came to power in 2014 riding a wave of popular enthusiasm. A political outsider, he quickly became the champion of the ordinary folk. Five years on at the start of a second term, Widodo promises to lay the foundations for a wealthy, modern Indonesia. But as Donald Greenlees writes in the second of two parts on Widodo’s new term, moves by political parties to wind back the clock on Indonesian democracy might overshadow the President’s economic legacy.

Joko Widodo begins his second term contemplating the legacy he will bequeath as Indonesia’s 7th president and with precious little time to accomplish it. His inauguration on 20 October marked the start of what, according to the current constitution, is a final five-year term. In reality he probably has no more than three years before the electoral cycle overtakes his administration, leaving him in ‘lame duck’ territory.

Widodo’s personal preferences, and the exigencies of the times, will incline him to again make economic development the centrepiece of national ambition. His inauguration speech to the House of Representatives (DPR) was dominated by the theme of economic aspiration, to break the ‘middle income trap’. He had nothing to say about preserving political liberties or the health of democracy.

But politics can mug even the most artful politicians. The two dominant Indonesian leaders of the 20th century, Sukarno and Suharto, could not resist the political tides or the backroom intrigue that exploited them.

Widodo’s desire to devote the energies of his administration to laying the foundations for an economically advanced Indonesia faces a significant risk of being overshadowed by a growing contest over the quality and function of its democracy.

It is a struggle that has been waged on several fronts over several years. Signs that democratic progress has stalled have steadily piled up, cumulatively eroding basic rights and protections.  One shining accomplishment of Indonesian democracy has remained: the conduct of free, fair and competitive elections.

Now, that too is open for debate. Politicians and party officials from across the spectrum would like to do away with direct elections for office holders from the president down to mayor.

Widodo this week publicly distanced himself from those machinations. It would be better to concentrate on the external headwinds facing the economy than meddle with the electoral system, he said.

Still, the matter might not be in his hands. The power to decide how elections are conducted rests with the supra-parliamentary People’s Consultative Assembly (MPR), whose 711 members are mostly drawn from the same political parties that want to make the change. If it does happen on Widodo’s watch it is still likely to be remembered as one of his great legacies.

Since the launch of the democratic reform era in 1998-99, the conduct of elections has been an undoubted success, free from the violence and intimidation that accompanied the staged affairs conducted under the New Order designed to guarantee the re-election of Suharto. 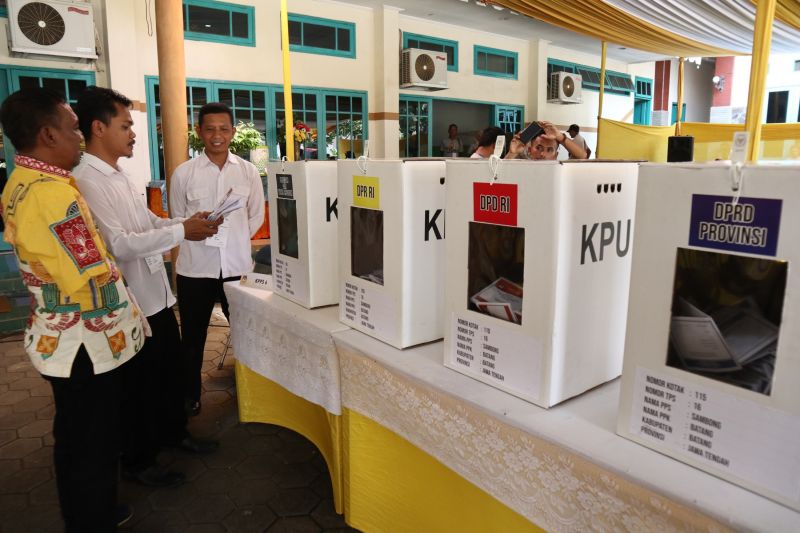 Whatever problems have existed with the conduct of these elections, they have rarely been with the way the people in the world’s third biggest democracy exercised their vote.

Rather, the real problems with the electoral system have been with the behaviour of the political parties and their leaders, who commonly blend party responsibilities with active business lives. They have been drawn into a competition of diminishing returns in which they spend ever-larger sums on campaigning for elections that, of course, someone must lose. Fundraising has become an increasingly onerous burden and a driver of corruption, justifying calls for party finance reform.

But instead of pursuing some sensible remedies like public financing or reducing the number of parties, the parties fault elections themselves. In the case of the presidency and vice presidency, their solution is to revert to the New Order system of selection by the MPR, whose members come from the DPR and the Regional Representatives Council (DPD), a quasi-upper house that has an advisory function.

It would certainly be more convenient for the political parties. It would leave them free to cut deals over the presidency and invest someone who might struggle to win the allegiance of voters, such as a son or daughter of the political elite, or prevent an unpalatable choice, such as a hardline Islamist.

It would be considerably less expensive too, which would presumably be one of the justifications for what would be the biggest step back for democracy since the end of the Suharto era. As one observer put it, ‘it’s cheaper to buy the MPR’.

So far, the idea of reinstituting indirect elections for the presidency has been mostly discussed behind closed doors. There appear to be no concrete plans for what would require an amendment to the constitution.

One of the strongest proponents is the new head of the MPR, Bambang Soesatyo, a senior figure in the second strongest party, Golkar. Other proponents of restoring the powers of the MPR include senior members of Widodo’s own party, the Indonesian Democratic Party Struggle (PDIP) and its coalition partners, Nasdem, headed by businessman Surya Paloh, and Gerindra, headed by Prabowo Subianto, Widodo’s erstwhile opponent.

The interest of parties in exploring the option is evident from decisions by several of them to commission private polls and focus group research to test public opinion.

In the meantime, public and party attitudes to curtailing the extent of direct voting might be tested at the provincial and municipal level. The Minister for Home Affairs Tito Karnavian, who is the former national police chief, has floated the idea of allowing governors and mayors to be selected by local assemblies or appointed by central authorities. He too cites the cost of elections.

The Home Affairs Ministry has hatched the peculiar idea of creating an index of democratic ‘maturity’ that could be used to determine whether individual electorates were entitled to the franchise.

Despite Widodo’s insistence that he is a believer in direct elections and has more important things to do, it is uncertain how he will react when the time comes. He ought to be an opponent. It is highly unlikely he would ever have become president under a system that allowed party leaders to haggle between themselves over who should get the job. His path from mayor to president was paved by popular voters.

The end of direct elections also would weaken the presidency in favour of the legislature.   Although presidents currently need to be nominated by a party or parties commanding substantial voter support, the existence of a separate mandate provides them with considerable authority.

But it remains to be seen whether Widodo would be swayed by a suitable inducement. There is talk among political parties of increasing the limit on presidential terms from two to three. This would give Widodo the chance to stand again in 2024. For now, Widodo insists he has no interest in another term. Proponents of change have also suffered a setback with the failure of Soesatyo’s bid this week to seize the Golkar chairmanship.

But might Widodo eventually find it tempting to blame the MPR and go along for the ride?  He is already conscious that time to implement his agenda is limited.

Any extension of presidential term limits should be of more concern to democrats than a switch back to indirect elections for the leadership. The two-term limit was set after the fall of Suharto to prevent a recurrence of dictatorship. Setting a limit of 15 years in office could risk a future leader becoming entrenched.

Indonesia does not need to seek popular endorsement to change the constitution. All that is required is a simple majority in the MPR. 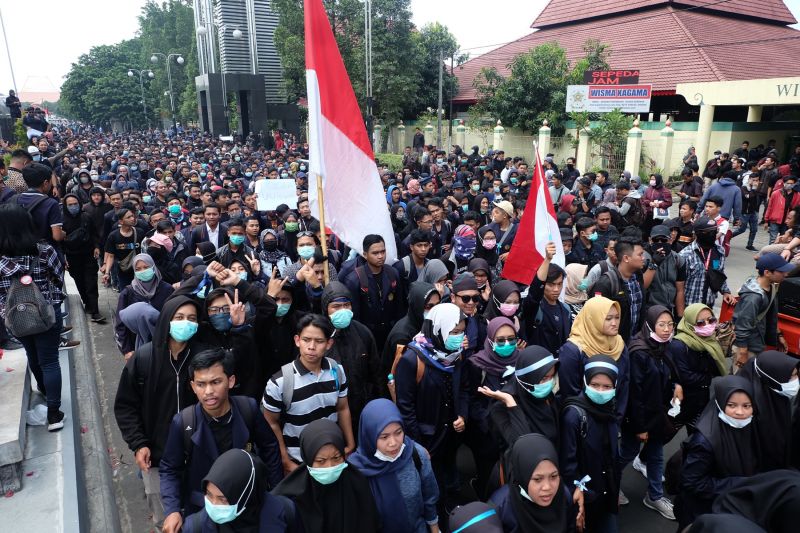 But the people might still have the final say. They have exercised surprising restraint in the face of various challenges to their democracy in recent years. They might be more vocal about the vote – something they appear to value based on a turnout at the last election of 80 percent.

Politicians have shown they are sensitive to public sentiment. A big enough demonstration of public disapproval might help them discover some democratic instincts. For Widodo, it might come down to whether he wants to be remembered as economic moderniser or democratic wrecker.

Donald Greenlees is senior adviser to Asialink, the University of Melbourne, and a visiting fellow at the Strategic and Defence Studies Centre, Australian National University.  The views expressed are his own.