Of all the countries that the new US administration might wish to nudge its way as it tackles the implications of Beijing’s power and ambitions, very few matter more strategically than Indonesia. Yet, as David Engel of ASPI writes, such are the obstacles to achieving this in the prevailing circumstances that Joe Biden should think twice about trying.

A more obtainable goal would be a level of influence in Jakarta sufficient to give Southeast Asia’s largest nation the confidence to remain just where it wants to be: duchessed by both great powers and beholden to neither. To achieve this, Washington should base its policies on the principle that the more Indonesia can have the confidence to secure its economic and security interests without conceding anything untoward to Beijing, the better it will be for both the US and Indonesia.

After the ignorance and neglect that the Trump administration displayed towards Southeast Asia, it is likely that Indonesia will welcome its successor, especially as Jakarta too observes Beijing’s behaviour in Indonesia’s northern waters with growing consternation.

Biden’s early messages would also have been soothing music to those Indonesian ears hankering for a more multilateralist Washington after four years of ‘America first’ bombast, trade wars and threats, not to mention Muslim bans and Secretary of State Mike Pompeo’s discarding of any pretence of impartiality on the Palestinian question.

The Indonesian government will be especially relieved at the signs that the incoming US administration aims to manage Beijing using a less erratic, more nuanced blend of resolve and tact, and to engage ASEAN much more than its predecessor. Predictably, President Joko Widodo (commonly known as Jokowi) lost little time in congratulating Biden via his social media platforms, using a formula reflecting his own developmental priorities while stroking Biden’s predilections for a more values-based diplomacy by liberally mentioning ‘democracy’ in his remarks.

For all such talk, however, the Jokowi administration will be every bit as transactional in engaging its US counterpart as it is in dealing with Xi Jinping’s regime, and any appeal to values will likely have little if any resonance. Jakarta is most unlikely to reject Biden’s idea of a summit of democracies and would almost certainly attend it should it happen. But if democracy promotion matters at all to Jokowi—which seems unlikely in view of his own questionable commitment to the principles of liberal democracy—he may be more inclined to view the Biden proposal as cutting across the bows of Indonesia’s own Bali Democracy Forum.

Indonesians, moreover, will be no more ready to accord the US authority on the subject after the Donald Trump years than many other people around the globe. In short, playing to shared values may well prove harmless, but useless.

In contrast, the more the Biden administration can respond to its counterpart’s practical preoccupations, the more persuasive it will be in Jakarta. These concerns are easy to discern and, to varying degrees, can be addressed. Jokowi wants US investment, financial support and technology for his grand infrastructure plans, and fair access to a COVID-19 vaccine in the immediate term.

Jokowi’s trade minister, Agus Suparmanto, will be intent on nailing down market access for Indonesia’s exports under the favourable terms of the Generalised Scheme of Preferences, which Trump belatedly (if conditionally) agreed to in October. And the defence minister, Prabowo Subianto, will want the US to be an active strategic presence in the region and a reliable supplier of the military hardware Indonesia needs to develop even a moderately credible deterrent capability—and to keep issuing him with a visa.

But no matter how well Washington might satisfy Jakarta’s wishes and desires, it will be disappointed should it assume that in return the Jokowi government would gratefully line up with it against Beijing.

Gunboat-backed Chinese fishing incursions into Indonesia’s exclusive economic zone have prompted the government to step up its military presence on the Natuna Islands and criticise China’s actions as inconsistent with international law. But it would take far more egregious bullying to drive Jakarta even to consider abandoning its ‘free and active’ doctrine and openly band-wagoning with Washington, especially since Trump’s behaviour has only amplified suspicions about US reliability as a strategic partner. Even then it would most likely baulk at doing so out of the understandable fear of the region becoming the venue for what Indonesia, like other ASEAN states, regards as essentially a struggle between two great powers interested in either retaining or gaining hegemony.

For the foreseeable future, Indonesia will most likely continue flinching from any US proposal that it cooperate in operations that overtly challenge China, as it did at the Trump request for refuelling rights for its US maritime surveillance aircraft operating in the South China Sea. It will instead continue seeking recourse in international law on the Natunas issue—despite knowing that China simply ignores it—and comfort in the fraternity of ASEAN, irrespective of the fact that the association’s diplomatic initiatives have to date failed to dissuade Beijing from doing what it wants and seem to have little if any prospect of doing so in the future. 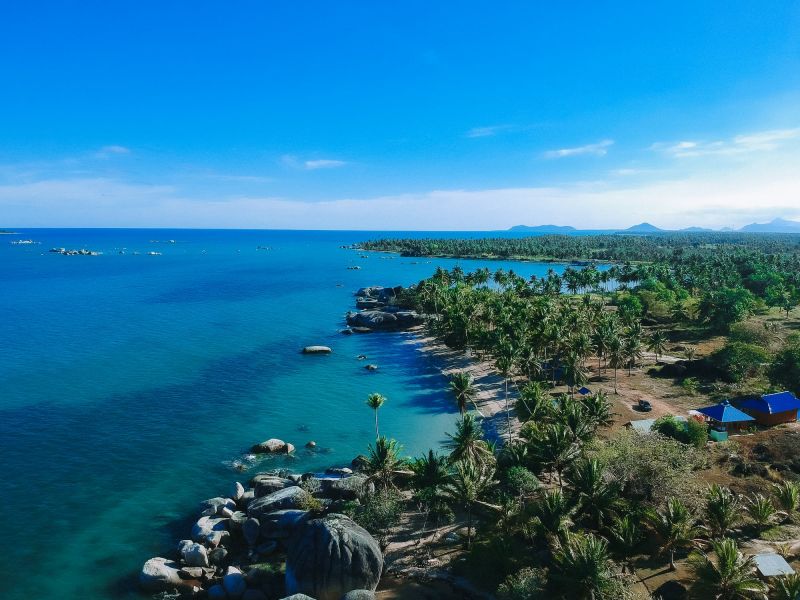 Chinese incursions into Indonesian territory around the Natunas have prompted Jakarta to build-up their military presence in the South China Sea; however, Indonesia has been reluctant to support all US actions in the region. Image credit: Arielevis, Shutterstock.

The Biden administration should not waste any time and energy trying to budge the unbudgeable. It will have a better chance of persuading the post-Duterte Philippines and even Vietnam than Indonesia and should put its main efforts there. That doesn’t mean it shouldn’t also engage the Indonesians at the most senior levels on the question of closer defence and strategic cooperation. On the contrary, quietly helping Indonesia address its many deficiencies in the sector should be a priority, and not to do so would likely come across as disrespectful and insensitive to Indonesia’s interests. It should start by treating Prabowo no differently than it will Jokowi’s other ministers. But it should cooperate without expecting unrealistic returns from the investment.

Above all, it should treat this aspect of the bilateral relationship as a part of a wider approach designed to highlight the renewed importance that it attaches to its partnership with Jakarta, one that displays respect for a nation that, for all its faults, has achieved much in recent decades. It should embrace as much as practicable Jokowi’s more feasible aspirations for the country’s development and its people’s wellbeing.

None of this will be anything other than problem-rich. It will all be frustratingly glacial. It will likely achieve just enough to keep Indonesia’s relationships with both of its giant suitors non-aligned not just in form but in substance. It risks inflating Jakarta’s sense of its own attractiveness and tendency to expect bilateral cooperation on its terms, especially since Beijing has no qualms about exploiting the appeal of its corruptive carrots to many in the Indonesian political elite while waving its stick.

This article originally appeared on The Strategist website on December 24, 2020.