China continues to steadily erode the political and legal rights which have underpinned Hong Kong’s distinct way of life. Professor Sonny Lo writes it is time for the democracy movement to rethink its strategy.

On November 11, the People’s Republic of China (PRC) announced several new principles as a legal basis for disqualifying legislators from sitting in the Hong Kong legislature. Later that day, four pro-democracy representatives were ousted from the Legislative Council.

Under the new principles laid down by the Standing Committee of the National People’s Congress (SCNPC), legislators can lose their seats for any one of four reasons: first, if they advocate or support “Hong Kong independence”; second, if they refuse to recognise that China possesses and exercises sovereignty over the Hong Kong Special Administrative Region (HKSAR); third, if they seek the intervention of foreign or external forces in HKSAR affairs; and, fourth, if they perform acts that either do not conform to the Basic Law or are seen as disloyal to the HKSAR.

The interpretation of whether these conditions have been breached is a matter for the HKSAR government, which declared legislators Alvin Yeung, Dennis Kwok, Kwok Ka-ki, and Kenneth Leung had forfeited their seats in the Legislative Council, although they had been elected by democratic franchise. 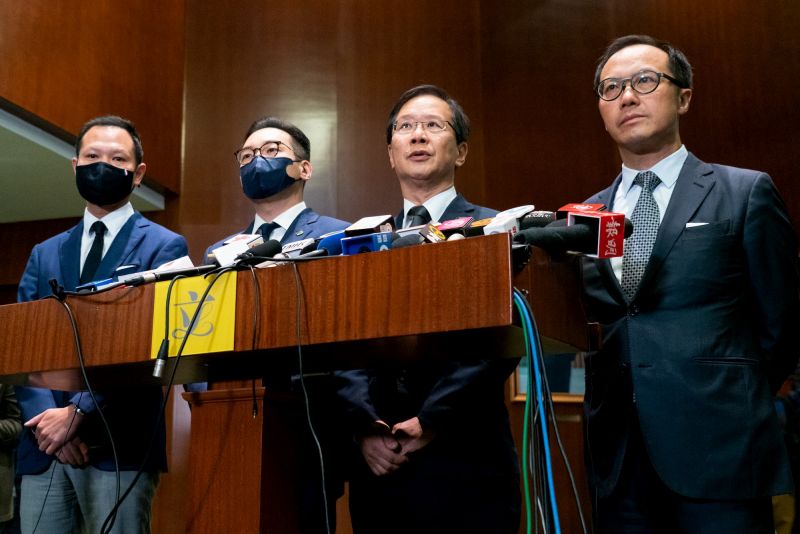 The SCNPC decision built on a November 2016 interpretation of Article 104 of Hong Kong’s Basic Law— which provides a legal identity that is both unique and distinct from the sovereign power, China—in relation to the correct form for legislators to take the oath of office.

At the time, two legislators-elect, Yau Wai-ching and Baggio Leung, were deemed to have made inappropriate remarks and gestures when being sworn in and were prevented from taking their seats. The SCNPC interpretation was that legislators-elect must take their oath “solemnly” and “sincerely”.

Together with the promulgation of the Hong Kong national security law on June 30, the SCNPC is now responsible for three landmark acts in relation to Hong Kong’s governance since 2016.

In consequence, it can be said that the Hong Kong democracy movement led by both the localists and mainstream democrats has entered a ‘dark age’ in which their political space has been drastically compressed and limited.

The PRC’s responses to developments in Hong Kong historically have been both reactive and hard-line. A steady escalation in mutual distrust and tension can be traced back over the past 17 years.

PRC authorities dealing with Hong Kong affairs became apprehensive of the local democracy movement from as early as July 1, 2003, when half a million people marched against plans by the HKSAR government to enact a security law. In 2008, a mainland researcher in the Liaison Office, the representative office of the PRC government in the HKSAR, wrote openly that mainland cadres should be empowered to govern Hong Kong.

An important turning point came in the summer of 2012 when localists, like the young activist Joshua Wong, and many other intellectuals, parents and students opposed the implementation of a nationalist education policy by the HKSAR government. Opposition grew with emergence of an Occupy Central Movement in September-December 2014. This protest gained fame for the ubiquitous use of umbrellas as both symbols of resistance and practical defence against tear gas and water cannon.

In the summer of 2014, the PRC government responded with a white paper, emphasising its “comprehensive jurisdiction” over the HKSAR.

However, many Hong Kong democrats did not get the message.

In early 2016, during a riot in the Mongkok neighbourhood, some localists confronted police and shouted anti-PRC slogans. In October, the concern of authorities that democratic forces were becoming increasingly emboldened was confirmed with the oath-taking behaviour of Leung and Yau.

The pattern of opposition continued between June to December 2019, this time over a proposed extradition law that would have permitted Hong Kong residents to be tried for alleged criminal offences in the mainland (although this was not specifically the pretext for drafting the law). The size of a quickly-formed anti-extradition movement shocked and angered PRC authorities, who decided to impose a national security law on Hong Kong in late June 2020 to stop the thrust of its localist, democracy, anti-government, and anti-police movements.

If the PRC remains a highly paternalistic and authoritarian regime, how do democrats in Hong Kong adapt to its changed and increasingly hard-line policy toward the HKSAR?

First and foremost, they must address a severe leadership gap. Gone are the days when democracy icons like Martin Lee, Emily Lau and the late Szeto Wah could call the shots and shape the directions of Hong Kong’s democratisation. Along with the emergence of localism has come a vein of political narcissism, in which demands for political reform are expressed by the performance of political shows and the challenging of political red lines.

The current lack of leadership in the pan-democratic camp requires the democrats to sit down calmly, brainstorm their strategies, design their electoral platform, and perhaps form new political groups in a far more pragmatic, moderate and skilful manner. The younger generation of democrats lack sufficient leadership and charisma to steer the entire pro-democracy movement. Building leadership is the foremost task of the democrats in the HKSAR.

Second, the experience of older figureheads of the democracy movement, such as Martin Lee an Emily Lau, have not been fully tapped by the newer generation of democrats, who remain highly individualistic. The young localists and democrats could tone down self-promotion on platforms like Twitter and in the mainstream media, reflect on past tactical missteps, and consult older leaders on effective campaign strategies. Moreover, the democrats would benefit from engaging the middlemen – those intermediaries who can bridge the communication and expectation gaps between democrats and PRC and HKSAR authorities. They include some liberal-minded pro-government and pro-Beijing elites, such as Hong Kong members of the National People’s Congress. 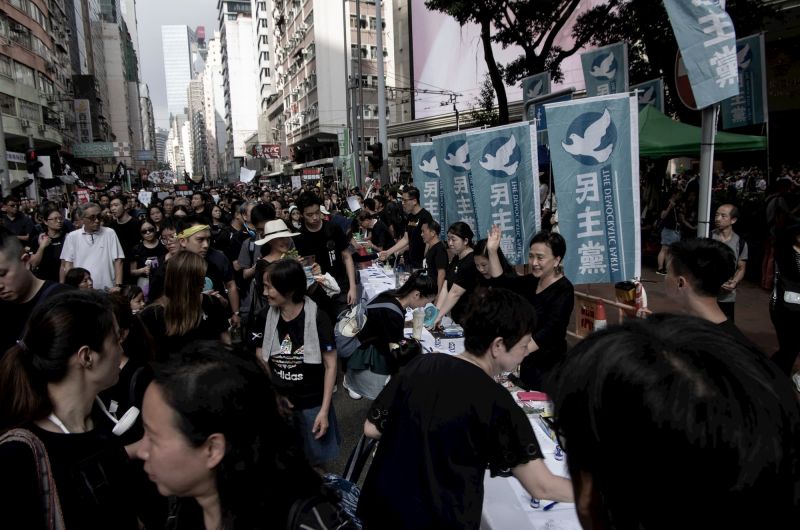 Third, the democrats must decide who will be the pragmatic and moderate faces to run in the next Legislative Council elections and who will fight for democracy from outside existing political institutions. This division of labour remains unclear.

Fourth, it might be time to consider forming a new party to further democratic aspirations. At the risk of splitting the democrat movement further, a new party could, with a more pragmatic approach, build a bigger constituency for reviving the cause of democracy, emphasising communications and dialogue with the HKSAR government and Beijing, while discarding some of the political baggage left over from the 1989 Tiananmen Square tragedy, which still affects the sentiments of many Hong Kong democrats towards the PRC.

Most democrats have failed to convince pragmatic and moderate Hong Kong voters why the HKSAR needs democracy and how democracy can contribute to the improvement of their livelihoods. They lack deep interest in policy studies and in ideas of how to improve a whole range of government policies, including housing, social welfare, district administrative reforms, and tax reforms. The democrats should strengthen their argument for democracy by putting forward constructive policy proposals so that voters can grasp significant linkages between democratisation and improvement in their lives.

The bottom line is that in this new ‘dark age’ democrats have to play the long game. If they can regroup and reassess, the HKSAR eventually could emerge as a place with a productive loyal opposition that can foster substantial political changes in a city under the sovereignty of the PRC.

Sonny Lo is Professor and Deputy Director at the School of Professional and Continuing Education, University of Hong Kong. His new books will be The Dynamics of Peaceful and Violent Protests in Hong Kong: The Anti-extradition Movement (2020) and Casino Capitalism, Society and Politics of China's Macau (2020).