In Southeast Asia, The Philippines only ranks behind Indonesia in the severity of the COVID-19 health crisis. But the pandemic could provide impetus for much-needed economic reform, say Adam Schwarz and Ken Estiller.

The Philippines has had one of the longest and strictest lockdowns of any country in Southeast Asia. From mid-March, President Rodrigo Duterte and local governments started imposing movement restrictions, including stay-at-home orders and curfews.

In numerous districts across the main island of Luzon and metro Manila residents were required to be off the streets between 8 p.m. and 5 a.m. Foreigners were prevented from obtaining new visas and all existing visas were cancelled.

Amid the clampdown on movement, the question arises whether the Duterte administration is at risk of causing sufficient structural damage to the Philippines economy to render it, once again, ‘the sick man of Asia’.

Despite the Philippines having the testing capacity to conduct up to 42,000 tests per day, the actual daily rate of testing is only slightly more than 11,000 people. Rather than carrying out mass testing, the government opted instead for targeted screening of just one to two percent of the country’s 110 million population.

On 26 May, the World Health Organisation (WHO) representative in the Philippines warned the Duterte administration that its lackluster contact tracing methods are hampering the country’s efforts to curb the spread of the pandemic. A volunteer stands guard at the entrance of a public market, spraying hand sanitiser on all shoppers and ensuring the use of face masks, Antipolo City, Philippines - March 31, 2020. Image credit: junpinzon, Shutterstock.

Strict enforcement of social distancing protocols has recently helped to slow the rate of infection. But it is still spreading fast – 941 new cases were reported on 21 June alone.

According to Health Department data, COVID-19 cases are doubling every 6.29 days, compared to every three to four days in April.

The rates of increase have occurred despite the tough lockdown. On 16 March, Duterte signed Proclamation No. 929, which declared the country under a “state of calamity” for six months. This enabled what the government called an ‘enhanced community quarantine’ that many feared was expanding the role of the military and risked taking on a “martial law-like” character. Government officials denied this, saying military and police personnel would only be used to ensure order.

In certain sectors and parts of the country, the government has started to ease movement restrictions.  But the lockdown has imposed increasingly high costs on the economy. More than 7.3 million Filipinos have lost their jobs and the Labor Department predicts that the figure could hit 10 million by year-end. The unemployment rate rose to a record-high 17.7 percent in April, compared to 5.1 percent from the same period last year.

The Philippines economy is likely to contract between 2 percent and 3.4 percent in 2020, with some estimates reaching 5 percent. While speculative investors have driven some partial rebounds in other regional markets, they have largely given the Philippines a pass. Net foreign investment outflows reached USD660.4 million in April 2020 – more than double the USD298.8 million outflow recorded in April 2019.

Prior to the outbreak, there were already signs that the Philippines’ economy was slowing. The country’s gross domestic product (GDP) has been on a downward trend since 2016, falling to 5.9 percent in 2019 from 6.9 percent in 2016. But COVID-19 has stopped the domestic economy in its tracks, causing it to contract by 0.2 percent in the first quarter of 2020, the country’s first quarterly contraction in 22 years.

Moreover, income from foreign remittances—accounting for about 10 percent of GDP—are expected to take an unprecedented hit, according to the World Bank. In recognition of those mounting losses, the government on 14 May lifted restrictions on travel abroad by overseas foreign workers (OFWs).

To fund its COVID-19 response, the Philippines has had to dramatically ramp up borrowings, both externally and domestically. By end-April, the country’s debt-to-GDP ratio reached 41.8 percent and is expected to increase to almost 50 percent by year-end; servicing that debt will put further pressure on the budget, all the more so given an expected sharp drop in revenues.

In a public address on 7 May, Acting Socioeconomic Secretary Karl Chua said the country should brace itself for a technical recession – two or more consecutive quarters of economic contraction. The best-case scenario, according to Finance Secretary Carlos Dominguez, is zero-growth for 2020. Both foreign and domestic business associations have been pressing the government to accelerate disbursement of stimulus financing to stem further deterioration of the economy. 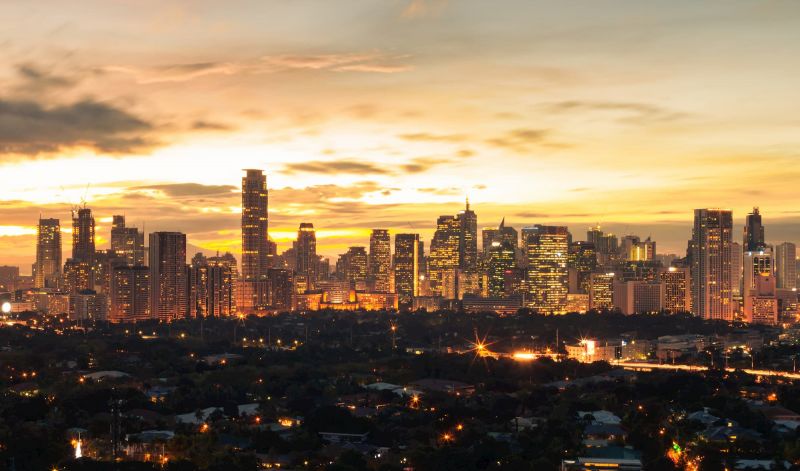 A major obstacle in the country’s road to recovery is its inability to attract ‘quality’ foreign direct investments and take advantage of the re-ordering of global supply chains currently underway as companies look to reduce their dependence on China. Unlike its ASEAN peers (particularly Thailand, Vietnam, and Malaysia), the Philippines has struggled to attract manufacturing businesses looking to relocate from China, hobbled by strict foreign investment laws, restrictions on land ownership, and poor infrastructure.

That said, as the country relaxes its lockdown measures, the Finance Department is pushing ahead with economic reforms such as the Corporate Recovery and Tax Incentives for Enterprises Act as well as various fiscal stimulus measures. One such measure is the “Philippine Program for Recovery with Equity and Solidarity” or PH-Progresso, which focuses on Duterte’s flagship “Build, Build, Build” infrastructure program. The government expects to spend USD2.7-USD3.2 billion to implement PH-Progresso, but hopes the program will create USD15.8-USD19.7 billion in value-add to the economy.

Regardless of the sharp run-up in public debt, the Philippines’ fiscal position remains relatively stable. In its 2 May issue, The Economist ranked 66 emerging economies in terms of their ability to ride out the economic storm brought about by COVID-19. The Philippines came in 6th in the ranking, higher than any of its ASEAN peers. On 7 May , Fitch Ratings affirmed its ‘BBB’ rating on the Philippines. These developments reflect the country’s success in implementing various economic reforms over the last decade.

So, has the Philippines’ COVID-19 responses damaged its economy to the extent of making it once more the sick man of Asia? Not yet. Given its relatively strong macroeconomic fundamentals, the Philippines should have enough fiscal wiggle room to weather the pandemic, assuming the spread of infections doesn’t get much worse. But this relatively sanguine prognosis will depend heavily on whether the Duterte administration can push its various economic reform initiatives through an often unpredictable bureaucracy and provide businesses and industries with the support necessary to thrive.