Beyond the rhetoric of close friendship, the Australia-South Korea security relationship is adrift. As Peter K. Lee argues, a recalibration of international outlooks is needed to forge a genuine strategic partnership and realise their shared potential.

The Australia-South Korea relationship looks as good as it has ever been. This year, they celebrate the 60th anniversary of the establishment of diplomatic relations. But appearances can be deceptive. One factor has inhibited deeper security ties: their unique international outlooks. It raises two important questions. How do these two leading middle powers see each other in a wider regional and global security context? And what can be done to forge a closer strategic partnership?

The 2014 Korea-Australia Free Trade Agreement (KAFTA) elevated the status of the economic relationship, with South Korea currently Australia’s fourth largest trading partner. Migration and education have enriched their relationship over the years. The tempo of military exchanges, training exercises, and defence industry cooperation also is increasing. The last round of biennial 2+2 foreign and defence ministers’ talks in 2019 emphasised a strong partnership based on a “common strategic outlook”. And, diplomatically, the rhetoric of close friendship continues to be invoked. At the recent 12 June Australia-Korea leaders’ meeting at the G-7 Summit in the United Kingdom, President Moon Jae-in described Australia as Korea’s “everlasting friend and partner”. 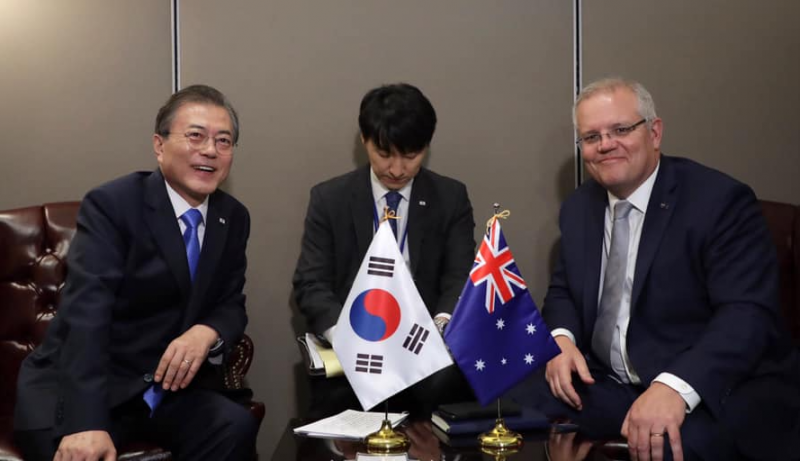 However, in recent years, cooperation at head-of-government level has not kept pace with the development of other dimensions of their relationship and their respective international priorities. At the start of his presidency in 2017, Moon appointed Chung Dong-chea, a senior political figure and former minister, as his special envoy to Australia and India. Chung described the relationship with Australia as a “quasi-alliance” and Moon appeared to signal a desire for a stronger partnership, expanding his election promise to upgrade ties with Southeast Asia. Yet, his administration’s New Southern Policy eventually omitted Australia while including India. Similarly, Moon visited New Zealand but not Australia in 2018 after attending the 2018 G20 Leaders’ Summit in Argentina, and it has now been more than 12 years since a Korean leader made an official visit to Australia.

Australia’s interest in Korea has also waned in recent years. Where the 2013 Australian Defence White Paper referred to South Korea as “potentially one of our strongest partners in the region”, the 2020 Defence Strategic Update did not mention it at all. In November 2020, Prime Minister Scott Morrison visited Japan to sign a landmark defence cooperation agreement in his first overseas trip during the pandemic, but he returned to Australia afterwards rather than visit South Korea. Morrison’s foreign policy speeches have omitted mention of Korea as a strategic partner in contrast to Japan, India, Indonesia, and Singapore.

Underlying this apparent weak high-level interest is a disconnect of strategic vision. Australia and Korea are, in fact, driven by distinct logics of cooperation and the relative importance they have attached to each other in a wider international context has fluctuated in recent years. This is partly because their overall conception of the region is in a state of flux. The idea of being bound together in the post-Cold War era in an ‘Asia-Pacific’ region is changing. Australia’s embrace of the ‘Indo-Pacific’ is shared by some partners, but not South Korea. For Korean policymakers, the utility of this new nomenclature remains unclear, so it has had little traction, instead entering the Korean lexicon as a policy adjective of other states, such as “Indo-Pacific strategy”. Moreover, Korea has long had its own regional visions, including a continental outlook emphasising Russia and Central Asia, in its current iteration known as the New Northern Policy.

Looking beyond their alliances with the United States, Australia and Korea’s partner preferences are also distinct. Australia’s closest security partners are heavily shaped by historical ties and political similarity. New Zealand almost transcends a conventional inter-state partner, while Singapore, and Malaysia to a lesser extent, are close due to colonial legacies and the Five Power Defence Arrangements. Indonesia will always be a significant neighbour, but Japan and India have emerged as key democratic partners.

Korean officials, by contrast, have tended to see security partners through an economic prism.  It is because its notion of ‘security’ has historically been so focused on immediate threats, especially from North Korea, and on its alliance with the US that thinking on wider strategic interests has been less developed. History matters in Korea’s partner priorities, as seen in its fraught relations with Japan. But Foreign Minister Chung Eui-yong’s recent 23-25 June visit to Vietnam, Singapore, and Indonesia highlight a different logic of cooperation. Vietnam is now Korea’s fourth largest trading partner while Indonesia is a growing export market and key defence industry partner. Globally, Korea has likewise built strong trade-security relations with Gulf monarchies, with Korean Special Forces having been deployed to the United Arab Emirates for the last decade as Korean firms build nuclear reactors and deliver major construction projects there. 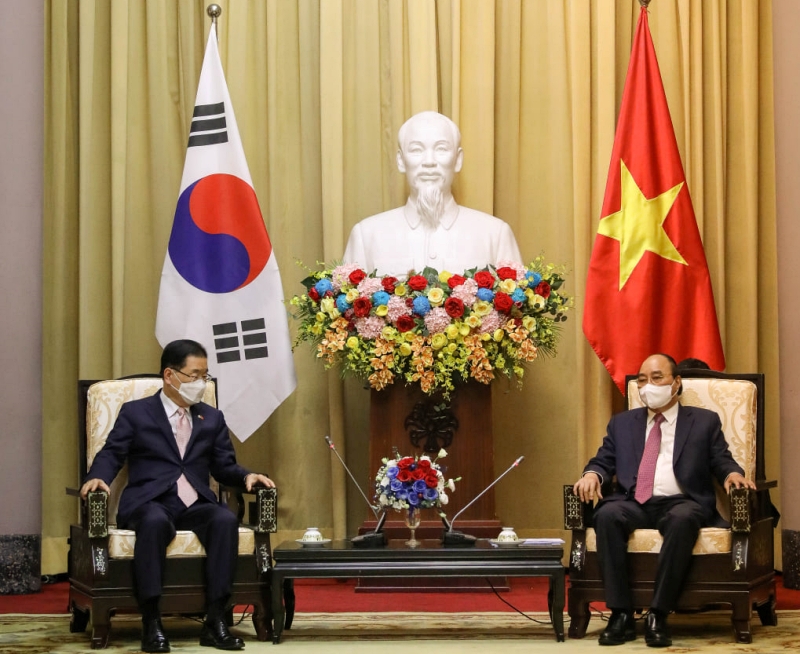 Australia and Korea’s global partnerships are also being tested. The G20, established through active bilateral diplomacy to include middle powers in global decision-making, may soon be eclipsed by an enlarged G7-plus forum that emphasises ‘like-minded’ democracies. The MIKTA Initiative between Mexico, Indonesia, Korea, Turkey, and Australia as a middle power coalition never gained much momentum. The continued strengthening of the Quadrilateral Security Dialogue and ambiguity about its aims vis-à-vis China has also limited Korean engagement. Even as the Australian and Korean publics have converged on a similarly negative view of China in recent years, their political leaders have adopted vastly different approaches towards Beijing. Morrison has found himself in a downward spiral of tensions with China throughout the pandemic, but Moon has kept the door open to China while seeking its support on his outreach to North Korea.

Australia and Korea have so far weathered the pandemic better than any other developed economies. They now have an opportunity, and indeed responsibility, to contribute to the global recovery and build a more secure world. To do so, they must first re-align their outlooks and re-discover the significance of their bilateral relationship.

Australia needs to recognise the importance of economic considerations in Korea’s wider security engagement. Ironically, the long-term stability of Australia’s commodity exports has meant its importance to Korea has often been taken for granted. High-profile export contracts, joint manufacturing ventures, and energy cooperation have been key drivers behind Korea’s security partnerships elsewhere but have mostly been underplayed in the Australia-Korea relationship. Australia needs to approach Korea in a more integrated fashion rather than relying on perceived threats or policy incrementalism as the sole drivers for security cooperation. 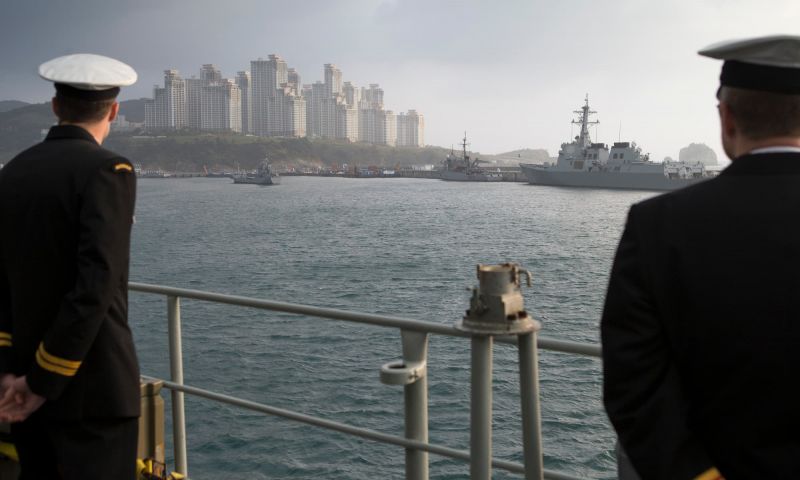 Korea, meanwhile, needs to define clearer security principles and identify which states share them. The commercial imperative in Korea’s security partnerships was understandable during the era of rapid industrialisation. But the Korea of today has global interests and responsibilities. From peacekeeping and anti-piracy operations to condemning Myanmar’s coup, Korea is slowly articulating its own security principles. It needs to go further and prioritise who shares these values and whose company it wants to be in when the next crisis occurs. One clue might be that throughout the pandemic Korea admirably sent planes carrying masks and medical supplies to Korean War veterans in 22 countries.

In times of crisis, it can be lonely being a middle power. International affairs is a perilous business where the rhetoric of friendship and like-mindedness can often ring hollow. Most of Australia’s neighbours have stayed on the sidelines in its ongoing crisis with China while Korea also found itself alone against China’s punishment during the 2016-17 THAAD crisis. While their mutual ally, the US, belatedly offered statements of support in both cases, future crises will require broader partnerships that strengthen solidarity. Australia and South Korea have yet to realise the full strategic potential of their relationship. But, like in a true friendship, progress first requires some honest conversations.

Peter K. Lee is a PhD candidate in the Strategic and Defence Studies Centre at the Australian National University, where his thesis is titled, “Middle Power Security Cooperation: Australia-South Korea Relations in the Post-Cold War Era.”