Successive Coalition and Labor governments have failed to produce a funding plan to back their vision statements on foreign policy. But as former senior Department of Foreign Affairs and Trade official James Wise argues it’s time to stop the blame game and focus on reversing a decline that threatens to leave middle-weight Australia with a feather-weight foreign policy machinery, just when we might need it the most.

In a recent article in The Canberra Times, Dave Sharma, a Liberal MP and former senior official in the Department of Foreign Affairs and Trade (DFAT), was quoted as saying that Australian diplomacy is under-resourced because for the past 20 years the foreign affairs and trade bureaucracy has lacked ‘proactive, future-oriented posturing’. Other departments, he said, are ‘prepared to fight a bit more’.

I also can vouch for Sharma’s professional and personal qualities, which I observed directly when I was in DFAT.

But his explanation of the chronic under-funding of diplomacy doesn’t hold when we compare what happened to DFAT and Defence under the one person who, in modern times, has headed both departments: Dennis Richardson.

Anybody who has worked with Richardson, or observed him at work, knows that he toiled as assiduously in DFAT as he did in Defence.

Richardson was no more responsible for DFAT’s under-funding than he was responsible for the boost to Defence’s budget. Try telling the prime ministers and ministers of defence from 2012 to 2017 that they deserve no credit for increased defence spending over the period, that it was all Richardson’s doing.

In our system, ministers allocate resources to departments, based on their assessment of priorities. Then they try to persuade the parliament and public of the merits of their decisions. In a short three-year electoral cycle, the argument for attaching a higher priority to domestic spending often is compelling. DFAT Secretary Frances Adamson on the tarmac for the return of 200 Australians from India during the COVID-19 pandemic, Canberra - May 15, 2020. Image credit: @dfat, Twitter.

Spending on foreign policy and diplomacy seldom offers an immediate bankable return. Governments can ‘sell’ a free trade agreement and Australians in trouble abroad value an efficient consular service.  But a lot of what DFAT produces is long-term and transacted in confidence. Our Australia-based officials and diplomats work very hard and for long hours to deliver ‘goods’ the public never hears about that nonetheless are vital to our national security and prosperity.

Still, for the past 30 years, the Labor, Liberal and National parties have led or jointly led governments that have defunded DFAT. All three have lacked the political leadership to ensure that foreign policy-making and diplomacy are adequately resourced.

Recently assembled data shows that Australia’s combined budget for diplomacy and aid, adjusted for inflation, shrank from $8.3 billion in 2013-14 to $6.7 billion in 2019-20, a decline of 12 per cent in six years.

If a sporting analogy helps to illustrate the problem: Australia is a middle-weight country with light-weight foreign policy machinery, which is drifting into the feather-weight division.

Certainly, DFAT is not blameless for this state of affairs. A 2013 Public Service Commission review of the department’s capability concluded that DFAT could do more to articulate to outsiders what it does, and that its difficulty in describing and measuring the nature of its work ‘hinders its ability to persuade the Government and the public of the value of investing in its activities’. 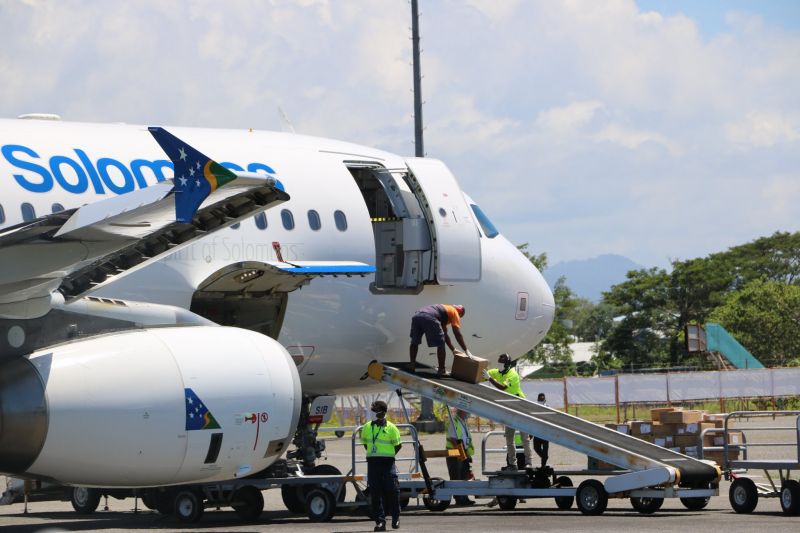 At ministerial and senior bureaucratic level, DFAT could have made a stronger case for foreign policy-making and diplomacy to be accepted as an integral part of the government’s national security policy. Yes, DFAT is included in national security consultative mechanisms, but that is not enough.

If governments had considered DFAT a critical contributor to national security they would not have slashed its budget by 20 per cent between 1996 and 2008 when the international environment was being transformed by 9/11, wars in Iraq and Afghanistan, the Bali bombings, the attack on our embassy in Jakarta, the emergence of ISIS, and so on.

And subsequent governments would not have continued to devalue DFAT’s policy role, even though two reviews by the non-partisan Lowy Institute highlighted the risks and missed opportunities caused by Australia’s under-performance.

Since 2003, DFAT has spearheaded the negotiation of bilateral free trade agreements with 11 countries as well as three regional agreements. For even longer, DFAT has carried prime responsibility for Australia’s contribution to the development of a rules-based international order, which the 2016 Defence White Paper identified as one of Australia’s core strategic interests.

As the relative power of the United States declines, the generally liberal international order that emerged during its ascendancy is being challenged, and the privileged position of close US allies like Australia is becoming less privileged.

Because successive governments have undervalued DFAT, Australia's capacity to contribute during the unstoppable development of a different international consensus is weaker.

DFAT urgently needs what Defence has had for decades: concrete financial plans and capability statements.

Unlike Defence White Papers, the Foreign Policy White Papers of 1997, 2003 and 2017, and the Australia in the Asian Century White Paper of 2012, have been launched in a resources vacuum. They have been silent on how DFAT should try to fulfil the Government’s foreign policy objectives, what capabilities might be needed, and how much all this might cost.

As Sharma said in his maiden speech to Parliament, the relative power of Australia’s major ally is eroding and the rules-based international order is being tested. It’s time for governments and MPs to lead, including on the proper resourcing of the job of foreign policy-making and diplomacy.