Japan's ruling party has chosen a new Prime Minister, Fumio Kishida, who has immediately sought his own mandate by calling elections for 31 October. But writes Rikki Kersten, the quiet winner from Japan’s latest political upheaval is the man who held the job longer than any other, Shinzo Abe.

The victory of Fumio Kishida in Japan’s ruling party leadership race has been attributed to the continuing presence and wily manoeuvring of former Prime Minister Shinzo Abe. An analysis of the process leading to Kishida’s triumph indicates something more than just a quest for influence on Abe’s part. Rather, Abe’s deft interventions in the leadership election were designed to achieve something altogether more ambitious, namely the appointment of an administration that could be expected to pursue the key planks of Abe’s own policy ambition. It is Abe’s determination to achieve policy longevity, not a desire for mere personal influence within the party, that enabled Kishida’s ascendancy as Japan’s 100th Prime Minister.

Kishida’s policy platform in the Liberal Democratic Party (LDP) race sounded all the right notes of the nationalist platform associated with Abe’s agenda. Kishida’s framing of the Free and Open Indo-Pacific (FOIP) as a vehicle to protect and promote democracy accorded well with the Abe government’s ‘maritime democracy’ rhetoric used to describe the regional vision. Kishida was also unequivocal about the imperative for Japan to boost its defence capabilities, including the acquisition and deployment of Aegis ashore missiles and an overall strengthening of Japan’s missile defence system. Likewise, Kishida was bullish during the campaign on the need for a closer integration of para-military and Maritime Self Defence Force operations to combat China’s grey zone incursions in the East China Sea. The commitment to return all Japanese abductees from the DPRK also had pride of place in Kishida’s manifesto, another policy plank that Abe administrations privileged over any broader policy towards Pyongyang and the Korean Peninsula. In short: Kishida’s policy platform echoed the fundamentals that mattered most to Abe, raising no red flags for Abe or his rightist backers.

By contrast, public favourite Taro Kono promised to be less amenable to the Abe policy trajectory. During his time as Defence Minister Kono had abruptly cancelled the Aegis ashore missile acquisition and deployment. During the campaign, rumour had it that Kono was much less hostile to China than was desirable, and that the boosting of defence capabilities might be compromised under a Kono cabinet. Moreover, Kono’s progressive attitude towards female primogeniture in the Imperial succession, women retaining their own surnames after marriage and a positive attitude towards the LGBTIQ communities rankled the conservative wing. Kono was also somewhat equivocal concerning nuclear power in statements preceding the leadership election. Saddled with the label of ‘maverick’, Kono displayed too much policy independence in his campaign compared to the like-minded position offered by Kishida, from the perspective of Abe and his supporters. Subsequently, with the assistance of Akira Amari and Kono’s own faction boss Taro Aso, Abe was able to engineer a flow of votes from his own candidate Sanae Takaichi to Kishida in the second round, without appearing to double-deal by overtly supporting Kishida.

Kishida cannot by any stretch of the imagination be called a hard right politician, but the important point is that Kishida played to the right gallery in securing his position as Japan’s next Prime Minister. More significantly, this means that the longevity and success of his administration will be in large part beholden to the ongoing support of the right in the party. In policy terms, this requires him to complete the trajectory envisaged by Shinzo Abe that Abe himself can no longer fulfill.

Between 2012 and 2020 Abe’s administrations endeavoured to overcome the constraints of apology politics, seeking instead to repackage Japanese national identity around a more ‘normal’ security stance. Depicting Japan as a ‘proactive contributor to peace’ rather than a passive pacifist power anchored significant policy departures, notably the passing of the 2015 security policy legislation that enables Japan to, amongst other things, participate in collective self-defence. Similarly, Abe’s own intense personal diplomacy towards India helped facilitate the re-emergence of the Quad, which was in turn shaped by FOIP, another signature Abe initiative. The broadening and deepening of Japan’s security partnership with Australia was likewise a product of Abe’s conviction politics, a relationship that retains its heft despite conniptions over the failed Soryu submarine bid.

Abe’s departure from the Prime Ministership in 2020 owing to health issues meant that other key planks of Abe’s conservative vision were unrealised. Abe’s oft-stated determination to revise Japan’s constitution to clearly acknowledge the legality of the Self-Defence Forces was at the top of this list of thwarted policy ambition, alongside the aim of putting the Japan-Russia tensions over the Northern Territories to rest, resolving the abductee problem with the DPRK, and encouraging a coalition of like-minded liberal democratic nations to counter-balance China in the region. China’s assertiveness in the South China Sea and its relentless incursions into Japan’s territorial air and sea space in the East China Sea provided convenient ballast for the hawkish appeals to democratic idealism that accompanied security policy ambition in Japan under Abe. 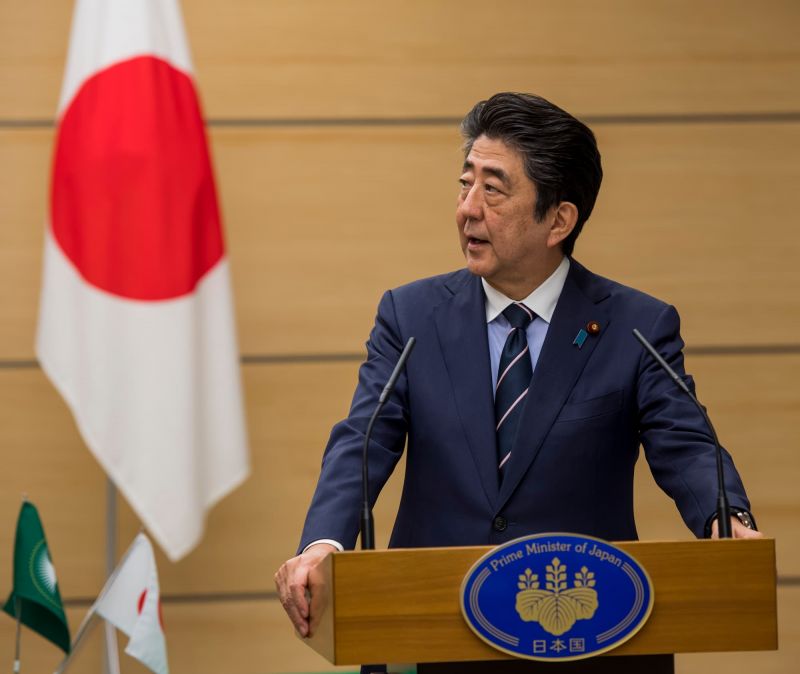 Under Kishida, we can expect Japan to continue to work assiduously to bolster the Quad, to support Australia’s defence technology sharing partnership with the US and the UK and possibly even aspire to acquire a pre-emptive strike capability in its defence arsenal. But first, Kishida must perform at the general election he has called for 31 October, and follow that up with a stellar performance at the half upper house election due in July 2022. Specifically, Kishida must endeavour to preserve the coalition’s super majority — two thirds of the seats in each chamber — if it is to achieve the more ambitious planks of the Abe agenda. Achieving a majority in this month’s elections will still enable the Kishida government to control legislation in parliament and in committees, but the path towards constitutional revision will be difficult. If Kishida emerges from the November poll with a mere simple majority, then his usefulness to the Abe cause will be at an end.

Kishida has allowed himself little time in parliament, before campaigning for the general election begins. But he has in place a party executive and cabinet that is designed to deliver on the Abe policy agenda. With Amari as his second in command in the post of Secretary-General and Takaichi as Policy Affairs Research Council chief, the articulation of policy will be on point. Abe’s younger brother Nobuo Kishi remains in the Defence portfolio, as does Abe appointee Foreign Minister Toshimitsu Motegi. Other cabinet appointments will follow the time-honoured distribution of posts according to factional heft, though Kishida has sought to diffuse pressure from younger politicians by appointing Takayuki Kobayashi to the new role of minister for national economic security. The hapless Kono has been banished and belittled by being appointed to the LDP’s Public Relations job.

Kishida has a mountain to climb in the coming month as he tries to engender trust if not enthusiasm from the general public. COVID-19 may spoil the party if a sixth wave takes hold, but low voter turnouts tend to favour the ruling party. With the opposition forces still too disorganised to put up a real fight for power, it is a question of how big Kishida’s margin of victory will be, rather than whether he can win.

If Kishida can pull off a credible electoral outcome, he can then embark on the task of delivering the Abe policy trajectory with the full backing of LDP heavyweights. The electorate’s judgement of the Kishida cabinet’s actual performance will only occur in mid - 2022. If Kishida stumbles in this month’s elections, he will have a sterner test in explaining to the right of the party why he should be permitted to continue through to next July.