As the world contends with COVID-19, Indonesia and Australia have an opportunity to establish deeper ties and cooperation on matters of mutual concern.

The secondary states of Asia—Singapore, Taiwan and South Korea—have become exemplars for managing the pandemic. Their greater mobilisation, efficiency and organisation in response to the pandemic leave China and the US looking deficient.

COVID-19 has rendered China’s opaque and authoritarian model less attractive and highlighted the serious risks for global economies in their over-reliance on it. The silencing by Hubei provincial authorities of whistleblowers concerned about a new pneumonic disease in mid-November led to a critical delay in containing the virus and alerting global health authorities. Now Beijing is attempting to rewrite the COVID-19 narrative by blaming the US for the outbreak and positing itself as an international saviour. At the same time, the coronavirus has exposed America’s deep social inequalities and the structural weaknesses in its largely privatised health system, exacerbated by a populist and combative president who’s sceptical about scientific evidence.

In this global leadership vacuum, it’s imperative that middle powers step up and lead on a range of pressing global agendas. That can’t happen immediately, of course. Indo-Pacific middle powers such as Australia and Indonesia need to prioritise their domestic efforts to slow the rates of infection and death.

In Australia, the government is contending with the serious economic consequences of closures in many sectors. According to Westpac figures, Australia’s economy is set to contract by 3.5% in the next quarter. 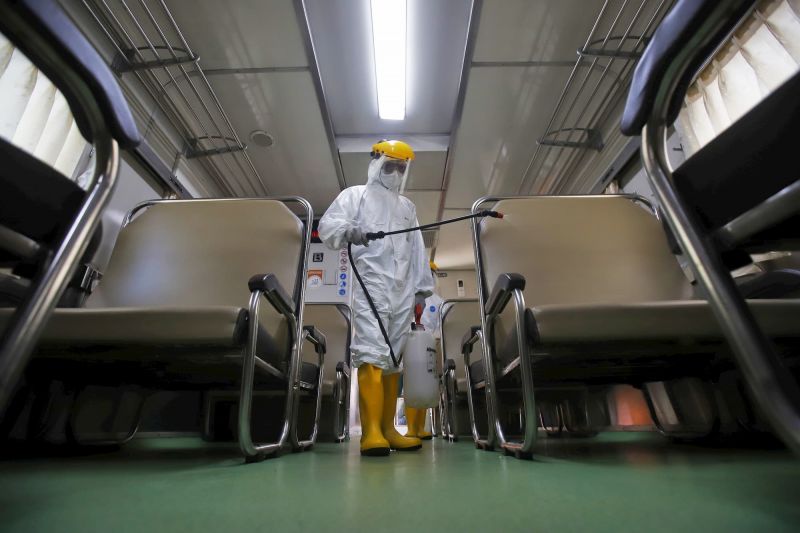 Indonesia is especially vulnerable to COVID-19 because of its huge population of 267 million, inadequate public health system, and high poverty rate. In the past few weeks, the government has ramped up coordination and control after an initial failure to take the coronavirus threat seriously enough. Indonesia’s security apparatus has since assumed control of a national COVID-19 taskforce under presidential command, and the Finance Ministry has rolled out a number of social assistance measures. The Jakarta Post reported that Indonesia’s technocrats are preparing for a potential halving of the economic growth rate to 2.5% or, in a worst-case scenario, zero growth.

Beyond the COVID-19 crisis, there are opportunities for Australia and Indonesia to exercise greater middle-power leadership on other issues. That can be done only within the parameters of revised national budgets, which must prioritise domestic economic recovery. The coronavirus, however, will not halt all international development assistance and collaboration with other states, and indeed may drive new development policy agendas, particularly in public health and climate change.

In the past, strengthening of the Australia–Indonesia relationship has usually been the result of lengthy diplomatic negotiations, pursued at a pace comfortable to both nations. The exceptions have included rapid advances in defence and law enforcement cooperation in the aftermath of calamitous events, such as the Indian Ocean tsunami and terrorism.

Indonesia remains an important hub for regional information-sharing and capacity-building programs. The Jakarta Centre for Law Enforcement Cooperation is a highly successful initiative with regional impact. It evolved out of Australian Federal Police cooperation with the Indonesian National Police following the 2002 Bali bombings. The centre’s agenda has broadened from counterterrorism to law enforcement training in narcotics, cybercrime, people trafficking, financial crimes and beyond. In a nutshell, it works because it’s a true partnership based on strong interpersonal relationships between police officers, underpinned by the two governments’ commitments to respond to threats.

The COVID-19 crisis points to the need for a similarly bold initiative, possibly in the form of a regional centre for health and disease response cooperation folded, perhaps, into a broader Jakarta-based centre for emergency management cooperation. Civilian crisis management is underdeveloped in Indonesia. There’s a need for greater coordination and integration between the security forces and their civilian counterparts, which can engender a culture of whole-of-government cooperation. In serious crises, the security force components of national power are invariably invoked—especially when civilian capacities are breached or are inadequate. It makes sense for those same groups to play a role in developing a mutually beneficial joint standing capability to deal with new threats. Australia can provide substantial technical advice, training and practical assistance to achieve that aim.

Cuts in US funding for research on emerging diseases in Indonesia create a void that Australia can help fill. The recent history of zoonotic disease in Indonesia indicates that COVID-19 is unlikely to be the last one to threaten humankind. Australia and Indonesia have a responsibility to themselves and to the region to give practical expression to the term ‘regional fulcrum’ that strategic dynamics have bestowed upon these proximate middle powers.

Regardless of the form such an initiative takes, COVID-19 creates a potential policy window for a new or recalibrated capacity-building partnership that can enhance Indonesia’s resilience against epidemics and foster exchanges between governments, scientists, universities and businesses. Such an initiative should not duplicate other initiatives, such as the Australia Indonesia Health Security Partnership, but could build on them by focusing multiagency efforts on crisis management and disease control for Southeast Asian and Pacific states.

A centre for emergency management cooperation would build capacity in whole-of-government efforts across Indonesia’s bureaucracy and security forces. Canberra and Jakarta could also consider prepositioning medical supplies in Australia or Indonesia for rapid delivery into the region, in a concept emulating Australia’s Brisbane-based humanitarian supplies warehouse. Such initiatives could leverage the resources of the Australian government’s ‘Pacific step-up’ and the Australia Pacific Security College.

After COVID-19, deepening our collaboration and leading the region on crisis management initiatives could be Indonesia’s and Australia’s middle-power moment.

This article first appeared on The Strategist on April 8, 2020.