Must we talk only about the U.S. and China? Have other states in our region no agency? Are there no positive scenarios? Tony Milner and Astanah Abdul Aziz have identified some optimism regarding a possible regional role for ASEAN.

US-China, US-China – the commentary goes on and on. Who will be dominant? Must rising powers always go to war with established powers? Can the US assemble an Indo-Pacific alliance to balance China? Might the US agree to share primacy? These are urgent questions – but some recent Asian perspectives (including from a Council for Security Cooperation in the Asia Pacific survey) suggest a growing impatience with what a Japanese analyst calls these “bilateral dynamics”. There is talk of the need to reinvigorate multilateralism – and one line of thought suggests the often-denigrated ASEAN could just lead a multilateralism that transcends the US-China contest.

The performance of both China and America has disappointed. COVID-19 started in China – and Beijing has been seen as bullying several neighbours. Regarding the United States, the “appearance of incompetence in managing the pandemic” is one factor in the judgement (of a senior Philippines observer) that the “post-Second World War order built around US hegemony … is ending”.

The interesting point, however, comes from Japan. Analyst Tsutomu Kikuchi reminds us that Asia is “more than the US and China” – and that numerous countries and institutions in “the rest of Asia” have “substantial political, economic, military and sociocultural power”. The continued agency of “small and medium-sized countries”, in fact, is often stressed by regional analysts – and Kikuchi suggests their “prime goal” ought to be “to sustain and further enhance the rules-based order”, because such states tend to be protected by “strong binding rules.”

Looking beyond US-China, who could lead such endeavours? Interestingly, Kikuchi notes the continuing capacities of ASEAN. It and other multilateral institutions, of course, have received plenty of criticism. From the United Nations downwards, their handling of the COVID crisis has not impressed. An experienced Cambodian observer sees “individual initiatives at the national level” but no “concrete actions” from ASEAN or ASEAN Plus Three. Even the EU has struggled to act in concert – despite the alarming rise in numbers of infection and mortality among its members.

This said, the current crisis has highlighted not side-lined multilateralism. As the Cambodian observes, the virus “crosses national borders, and a regional response makes a lot more sense”. A Chinese commentator adds that the actual “methodology necessary in responding to COVID-19 demands a level of international cooperation more comprehensive than we have achieved before.”

Mixed with criticism of ASEAN, Kikuchi is not alone in expressing a degree of optimism. Some analysts even believe the COVID crisis might inspire an ambitious “reset”.

A review of ASEAN’s potential does seem warranted – especially as there are no other obvious candidates likely to build a consensual regional order. Various ASEAN-led institutions do, after all, encompass the entire Asia-Pacific region. Also, the organization’s track record throughout the challenging post-Cold War period is better than its many critics suggest. Recall that the East Asia Summit, which includes every serious player in the region, was an ASEAN initiative, as were the wide-membership security forums - the ASEAN Regional Forum (ARF) and the ASEAN Defence Minister’s Meeting Plus (ADMM-Plus). The Regional Comprehensive Economic Partnership (RCEP), which seeks to promote open trade and investment, was launched in 2012, again by ASEAN – and incorporates every country in Southeast and Northeast Asia, as well as Australia and New Zealand. 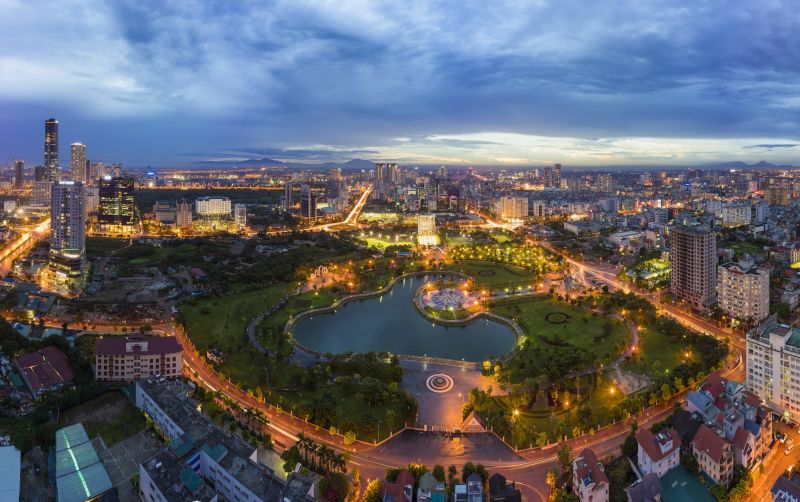 The point is often made that ASEAN is no match for China. This would be hard to deny. In the South China Sea, the Southeast Asians are merely small countries invoking the rule of law to buttress their sovereignty. It is also true, however, that the ASEAN-China relationship contains positive elements – including investment inflow, and the fact that ASEAN became China’s largest trading partner in 2020. Also, as former prime minister Mahathir often pointed out, Southeast Asians are used to negotiating with a powerful China – and they believe that China, unlike the US, is invested in their region for the long haul.

There is pride in the careful way Southeast Asia embraced Communist China, commencing in the 1970s - and in the part ASEAN played in rehabilitating China internationally, following the Tiananmen Square massacres of 1989. The initiating of the Asian-centric ASEAN Plus Three process in 1997, after decades of US presence and support of the economies of Southeast Asia, highlights ASEAN’s agency in engaging a multiplicity of players judged to be able to benefit the region. As leading Thai analyst Kavi Chongkittavorn has pointed out, the ‘Plus Three’ element was also an ASEAN contribution to bridge building between the large, mutually hostile states of Northeast Asia (China, Japan and South Korea).

Initiatives from ASEAN, therefore, would not be interpreted automatically in the framework of US-China rivalry. Even a greater ASEAN engagement with Japan and South Korea would not need to be viewed as Cold War alliance-building. Over the last year there have been various reports of improved relations between China and its Northeast Asian neighbours – and Kavi insists that although “historical grievances and border disputes will not disappear overnight” the COVID crisis has provided an opportunity to benefit from “shared anxieties and worries”.

Such a shift in Northeast Asian sentiments could be a game changer across the Asian region. At the least, more relaxed inter-state relations in Northeast Asia—fostered, in part, by ASEAN—would provide a more favourable setting for the further development of ASEAN-led, rules-based regional building.

The fact that the Southeast Asian states (with the partial exception of Indonesia) are small in Asian terms is not a deterrent to ASEAN agency. It helps ASEAN to appear non-threatening; also, over many centuries, Southeast Asians have become accustomed to functioning in state-to-state hierarchies, developing strategies to handle those above them. Even a state growing in strength was not necessarily seen as a threat – was not automatically resisted or balanced against. Such a state might rather be embraced or socialised – in a manner beneficial to both sides.

Historically, this was the approach to China. With such a heritage, valuing agency while operating in a hierarchy, ASEAN may be better qualified than most in ‘the rest of Asia’ to promote a multilateral rule-structure – a structure that will not immediately be viewed as antagonistic to China, but may help to restrain China or any other major power capable of disrupting this region of the world. What is needed now from the ASEAN states is the creative leadership they have on occasion demonstrated in the past.

Professor Anthony Milner is International Director at Asialink, at the University of Melbourne.
Dato' Astanah Abdul Aziz is based at the Ministry of Foreign Affairs, Malaysia. This article reflects her personal views and is not a statement of the Malaysian government’s position.

A version of this article first appeared in the New Straits Times on 29 July, 2020.