Australia needs to weigh the diplomatic and economic costs of long-term hostility with China, writes Colin Heseltine. Ultimately, a “normal relationship” with China will strengthen Australia’s strategic and diplomatic position in the region.

A recent article in The New York Times posed the question: “Australia took on China. Did it get it right?” It’s a good question but one that is rarely addressed in public debate in Australia. Yet, the consequences of our being distanced economically and diplomatically from the country that has underpinned much of Australia’s prosperity and enviable lifestyle in past decades, and which is set to become the largest global economy, a technology superpower, as well the pre-eminent influence in the Asia Pacific, is surely worth thinking about, long and hard.

Relations between Australia and China have now reached such a low point that a reset in the foreseeable future is unlikely. Continuing incidents such as former prime minister Tony Abbott’s visit to Taiwan, which predictably elicited a warning from the China Daily this week that “the worst is probably yet to come”, heighten this unlikelihood.

But even if, after the next Australian election, the incoming government changed direction, how could it achieve this? Certainly, a change in rhetoric would help, but alone would not be enough. A significant action by Australia would be required, but how would this be done without incurring the political risk of being seen as kowtowing to China? Recently, an Australian studies expert in China suggested Scott Morrison attend the Beijing winter Olympics next year, during which he could meet Chinese leaders. If that’s the sort of measure required, an early reset of relations is unlikely.

Until the recent AUKUS announcement, China’s grievances with Australia could be classed as irritants (of greater or lesser seriousness) rather than matters of real strategic substance. AUKUS however signals to China that Australia sees it as a strategic adversary and is prepared to join with major powers outside the region to upgrade its military technology to confront it. This will be seen by China as marking a strategic shift by Australia and will ensure relations remain in deep freeze.

Australians have to accept that this will have consequences. These will not just be economic, but will flow across a broad front, in particular our diplomatic and strategic position in the Asia Pacific. Australians need to start thinking about how to mitigate their impact.

On the economic front, the impact of China’s trade sanctions has been less serious than first feared (though damaging to individual companies). In most cases, exporters have diverted product to other markets, albeit at lower prices. This suggests the impact of China’s economic coercion has been relatively moderate, which may cause it to limit its use in future. With the benefit of exports of iron ore, which are essential to China and therefore not subject to sanctions, and a very high iron ore price until recently, the value of Australia’s goods exports to China actually hit a record in the first half of 2021.

The future might not be so positive. The value and volume of iron ore exports to China will decline significantly because of decreasing steel production. This of course has nothing to do with economic coercion against Australia, but it does mean our export value with China will decline significantly, especially if it diversifies iron ore supplies.

Services exports like education and tourism also are likely to decline. Even after COVID travel restrictions ease, China can, and probably will, limit tourists and students coming to Australia.

While trade between Australia and China will continue at a reduced level under a prolonged downturn in relations there is also the opportunity cost to consider. Australian companies with long experience and reliable partners in China will press ahead; but potential new entrants might decide the risks are too great, thus missing out on opportunities in the China market. 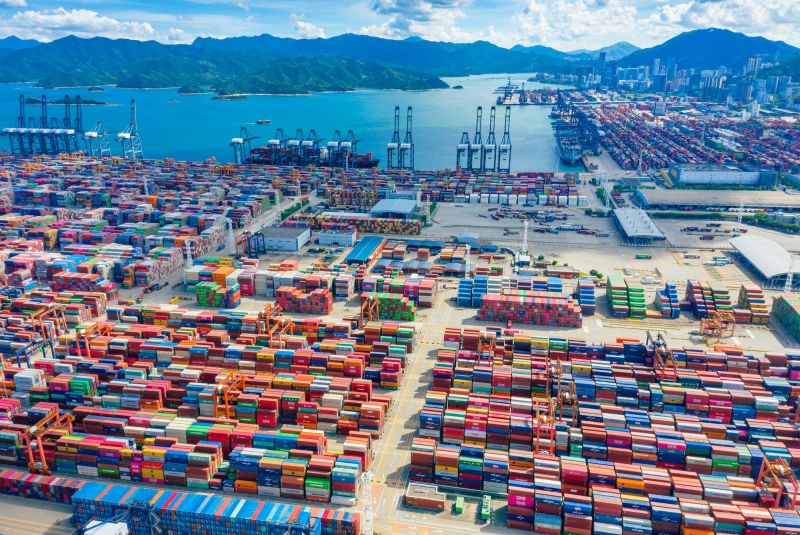 Australia could also lose by having limited access to Chinese technological innovation. China is on the way to becoming a technology superpower. It is outspending all other countries on R&D and producing considerably more STEM graduates each year than any other country. For Australia to have at best limited access to these developments, when competitor countries are not restricted, would disadvantage us.

In short, there will be further significant economic consequences for Australia from a prolonged freeze with China, although they will be partially mitigated as Australian firms adapt and as long-term structural changes occur in Australia’s resource-based export sector.

The area of greatest uncertainty — and risk — for Australia is its strategic and diplomatic position in the Asia Pacific. Having declared itself an adversary in China’s eyes, Australia will face an increased challenge as China seeks to reduce our diplomatic space and our ability to influence events in the region.

Australia is in the extraordinary position of being the only significant regional country not to have any senior official dialogue with China. The last visit to China by a Prime Minister was in 2016; and federal ministers do not talk to their Chinese counterparts. Critics of China say this not Australia’s fault but has happened because China has changed since 2012 under Xi Jinping. But Australia’s interests in the region have not changed, nor has China’s trajectory towards being the pre-eminent power in shaping the Asia Pacific’s future. Other regional countries talk to China; we don’t, at a time when strategic uncertainties in the region are increasing. This reduces our standing and influence.

In response to push back against it by the US and its partners through groups such as AUKUS and the Quad, China will double down on efforts to establish its pre-eminence in the region by presenting itself as a responsible and reliable player, in contrast with — as China asserts — the erratic, unreliable and militaristic United States, and by extension its partners like Australia. Xi’s recent speech at the UN General Assembly highlighting China’s climate change credentials is an example. The Belt and Road Initiative will remain a strong focus as China seeks to burnish its credentials as an international partner focused on peaceful development rather than militaristic adventures. And, we shouldn’t be surprised if China moderates its aggressive “wolf warrior” diplomacy in the coming year or so having assessed that it is counter-productive internationally and as having served its domestic purpose of highlighting the Chinese Community Party’s role as the guardian of national dignity.

At the same time, we will see China try to drive a wedge between Australia and regional countries. At this stage, there is no ASEAN consensus in assessing AUKUS. Singapore is supportive, Indonesia and Malaysia have expressed concerns; others are non-committal. All however will be nervous about an escalation in big power rivalries in the region. Mostly they are hedging their bets. Whatever concerns they have about China’s power and influence, most are pursuing cautious relations with it, encouraging cooperation and dialogue on the one hand, and pushing back to some degree when circumstances require (such as when Chinese fishing vessels enter their waters).

We can also expect China to run interference on Australian activities in international and regional organisations. China has now applied to join the Comprehensive and Progressive Agreement for Trans-Pacific Partnership (CPTPP), which Australia will surely oppose as long as China’s politically-inspired trade sanctions against it continue. China will counter that this would deprive regional members, all of which have China as their major trading partner, of new trading opportunities.

A key part of China’s narrative will be that Australia has, by joining AUKUS, chosen to distance itself from Asia, a sentiment that some in the region already feel.

None of this means that Australia is helpless in countering this narrative. China’s overbearing and often bullying approach to foreign relations makes it less persuasive in presenting itself as a responsible regional player. But it will require a concerted, long-term and clever diplomatic effort by Australia, which has not been evident in much of its recent regional diplomatic activity. It goes without saying that more diplomatic resources will be required as well as more funding towards strategically focused regional programs in areas such as infrastructure, pandemic control and climate change. Much is already being done, but a lot more will be required.

The Government heralds “ASEAN centrality” as a key part of its regional foreign policy: it will need to add substance to this, with less focus on the military aspects of our role in the region. A strong, credible and active Australian presence in the region, working closely with regional partners, will place us in a good position with China and eventually may contribute to a resumption of dialogue with it. Having a more normal relationship with China, while maintaining our alliance with the United States, rather than relentlessly focusing on the “China threat”, will strengthen Australia’s strategic and diplomatic position in the region.

Colin Heseltine is senior adviser to Asialink, University of Melbourne. He was Ambassador to the Republic of Korea (2001-05), head of Australia's representative office in Taiwan (1992-97) and deputy head of mission in Beijing (1982-85 and 1988-92). He also was a board member of Sino Gas and Energy (2011-18), an Australian-listed company developing unconventional gas assets in Shanxi province, China.

A version of this article appeared in The Weekend Australian ($) on November 6, 2021.