The rise of China necessitates the rise of Australian knowledge of China. As David S. G. Goodman writes, this knowledge is vital to our economic prosperity and national security.

Australia’s once internationally renowned China Studies are in decline. Australian student numbers have dropped, research opportunities have decreased, retiring staff have not been replaced, and as a recent report stressed, there is an unmet need for more China specialists in Australia. Of course, all disciplines and fields of study are subject to market forces and even changes in the geo-political environment, which is clearly a major cause of the recent decline in China Studies.

Australian China Studies are a matter of national security, more even than the need for military defence in the shape of nuclear submarines through AUKUS. One reason is that China is self-evidently a major player in Australia’s region, both close at home and in the wider Asia-Pacific more generally. The second is that there is a very real sense in which Australia’s social and economic well-being rests with our economic interactions with China. Of course, these two may sometimes seem to be in contradiction, regardless of the particular colour of Australian federal governments. Nonetheless these strategic concerns point to the greater need for research and teaching not only about what is going on in China, but also how to deal with China as government and as society, and the Chinese as individuals. The immediate need is relatively clear but there is an even more important longer-term need for research training, greater knowledge about China throughout the Australian workforce, and Chinese language development in order to build Australia’s capacity for interpreting and dealing with China in the future.

The past and future growth of the Chinese economy is the key to understanding both the political and economic aspects of the China challenge to Australia. Since the early 1980s, the Chinese economy has grown to be only slightly smaller than that of the USA, even though its GDP per capita is nowhere near world leading. Most recently, the IMF ranked China at 60th in the world and only just above the world average. Economic growth has been the platform which has permitted the People’s Republic of China to increase its international footprint not simply through its establishment of a significant presence in the South China Seas, and in recent days in the Solomon Islands, but also through the development of international economic interactions and influence.

Australia’s economic relationship with China flows into individual pockets, business ledgers, and the Treasury. The election budget of 2022 would have been considerably poorer without that relationship. Diversification of Australia’s international economic relations might be a long-term goal, and in the very much longer term it might prove necessary for economic as well as political reasons. On the other hand, finding alternative complementary economies that together constitute the scale of China’s economic benefit to Australia is both not easy and unlikely, whatever the political motivation. Certainly, for its part the Communist Party of China remains committed to continued economic growth not least because the resilience of the regime is based on principles of performance legitimacy. The current 14th Five-Year Plan has signalled roughly an annual 5 percent per annum growth in GDP to 2035.

Australia and the world is faced with understanding and dealing with the greater complexity that has resulted, and will continue to result, from China’s increased wealth and higher international profile. Those circumstances make it imperative for Australia to develop its China expertise further, particularly given the secrecy that often surrounds decision-making at all levels in China. There is a need for more and more detailed research, as well as for more people experienced in dealing with the Communist Party of China and the workings of the People’s Republic. 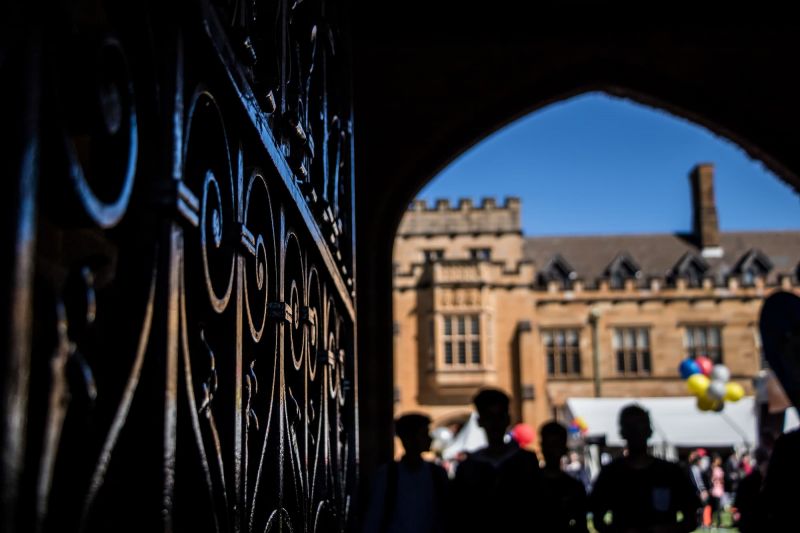 Given that Australia prides itself on its multi-culturalism it should surely be able to understand that behaviours vary and that where there is mutual respect despite cultural differences there can be relative harmony. This of course requires some ability to appreciate those other cultures and societies without necessarily agreeing with them or aping their behaviour. Both domestically and internationally Australians may disapprove of activities without them representing an existential threat to the Australian way of life.

Dealing constructively with China means appreciating some of the necessary rules of personal interaction and conversational niceties. A starting point might be differences in the understandings of the state of nature between Chinese and European cultures. For the Europeans the state of nature is open violent conflict: dog eat dog. The purpose of civilisation is to avoid a return to that state of nature. For Chinese, the state of nature is ‘The Great Harmony’ and civilisation’s purpose is to return to that Great Harmony. One result is that while disagreement and negotiation are certainly possible, public hostility is generally not. It is only in extreme cases that public hostility is manifested. Organisational life in China often works through committees and meetings, as in Australia. But those committees and meetings are more to announce the decisions that have been agreed amongst members in advance, rather than to discuss issues. Failure to understand this difference may well have consequences when Australians negotiate or interact with Chinese government, bureaucracy, or business, let alone in personal dealings.

For an Australian politician being publicly confrontational and telling China ‘how it is’ may make the politician feel good, but it is certain to not be effective in China. Previous Prime Ministers (Howard, Rudd, Turnbull) were able to make statements and announce policies in Australia’s national interests that might otherwise have been interpreted as directly challenging China by ensuring that reassurances were given through ‘the usual (back) channels.’ Public, go-it-alone megaphone diplomacy as was practised by Prime Minister Morrison at the beginning of the COVID-19 Pandemic in 2020 was always going to end in escalation.

The need for more detailed research on the Chinese government, the Chinese economy, China’s politics or society and the exposure of Australians to Chinese ways of thinking cannot be more urgent. Nothing will be achieved without government and university action. Australians should be encouraged to learn about China, not just as specialist China Studies or Chinese language students, but in all disciplines and all fields of study and training. Exposure to life in China through short term exchange programs for school as well as university students will create a very necessary and pluralistic knowledge base. The lack of junior China Studies staff in Australian universities needs purposive action to encourage future generations through from undergraduate to postgraduate studies, and beyond.

David S. G. Goodman is Director of the China Studies Centre at the University of Sydney, where he is also Professor of Chinese Politics.