On 2 December, Russian engineers opened a valve to start pumping natural gas down a 3000km pipeline across snow-dusted plains in Siberia to the north eastern Chinese border.  The moment was celebrated via video link between Vladimir Putin in Sochi and Xi Jinping in Beijing.

The flow of gas via the pipeline of the Power of Siberia project marked the latest milestone in an increasingly cosy partnership between China and Russia that is changing geopolitical dynamics from Europe to Asia.

In recent years, a web of military exercises and training programs, arms sales and commercial deals, and security and economic dialogues have inexorably drawn the two countries closer together.  Simultaneously, they have each seen rising tensions in their relations with the USA over their strategic ambitions.

The idea of China and Russia clubbing together in an anti-US or anti-Western alignment is for many a strategic worst-case scenario.

But opinion is divided among regional security experts over how to characterise both the nature of the emerging Chinese and Russian alignment and what it means for the state of their relations with the USA and the West. 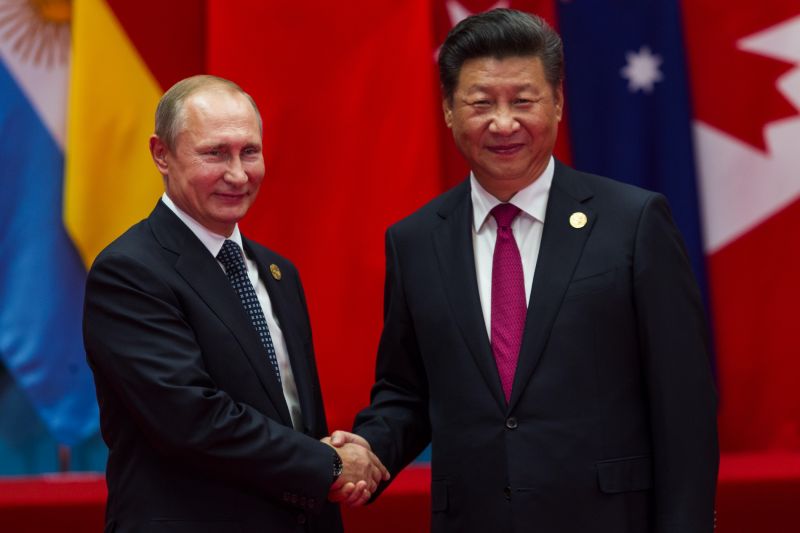 Presidents Putin and Xi at the 2016 G20 Summit in Hangzhou. Image: Plavevski, Shutterstock.

Is the clock being wound back to the 1950s, to the launch of the Sino-Soviet Treaty of Friendship and Alliance, which in some scenarios committed the two sides to fight alongside each other?  Are we in the early days of a new Cold War, or something else?

China has declared itself against formal alliances – written documents that contain specific pledges of a military nature.  Arguably, such military alliances are out of vogue everywhere.  Those that exist in the region are largely a legacy of World War 2 and the post-war settlement.  Before the war, the only official alliance the USA ever signed was in 1778.

But a pattern of behaviour in which states closely cooperate and coordinate via formal and informal arrangements can be just as militarily significant.  Experts argue the evidence is mounting that China and Russia are headed toward just this type of ‘alignment’.

As emeritus professor Paul Dibb pointed out in a paper published at the end of November, the idea of some kind of China-Russia coalition – the “most dangerous scenario” for US security – was “fast becoming a geopolitical fact”.

The array of collaborations between China and Russia is large and growing.

Militarily, they include Russian sales of high-tech equipment, including the promise in October of a ballistic missile launch early warning system that Putin says will “drastically increase” China’s defence capabilities. So far, only Russia and the USA possess the capability.

It follows transfers of other advanced weapons like Su-35 Flanker E aircraft and the S-400 Triumf air defence system in recent years. The two sides have been deepening operational and training exchanges too.   In July, they conducted the first of what they promise will be more frequent joint air patrols, sending strategic bombers into air space claimed by both Japan and South Korea.  In September, the People’s Liberation Army sent a large detachment of ground and air forces to Tsentr 2019, Russia’s premier annual exercise.

Diplomatically, there are signs of increased coordination too.  On 16 December, Beijing and Moscow jointly proposed the UN Security Council lift sanctions on certain North Korean exports and the scrapping of a prohibition on North Koreans working abroad.   It is a pointed reminder to the US that its attempts to pressure North Korea to give up nuclear weapons require the support of those countries with which it shares land borders.

They also are members of the Shanghai Cooperation Organisation (SCO), which was founded in 2001 along with four central Asian republics to consult on shared security challenges in Eurasia.

Yet the inclusion of India and Pakistan in 2017 and moves for the SCO to adopt an economic, development, and energy security agenda might dilute its influence as a forum for coordinating diplomacy and security beyond the geography of its immediate membership.

It is on the economic front where the opportunities for deepening engagement look especially promising.  The Power of Siberia project is emblematic of the potential.  The opening of the pipeline to the Chinese border consummates what Gazprom and China National Petroleum Corp. cited as a $US 400 billion, 30-year deal when it was announced in 2014.  China plans to extend the pipeline south to Shanghai to feed industrial development.

By 2024, China and Russia want to almost double annual bilateral trade to $US 200 billion, much of it geared to meeting China’s energy demand.  Economic ties have been given increased impetus because of tensions with the USA, especially for Russia following the imposition of sanctions after its annexation of Crimea in 2014.  Economic consolidation and exchange of technology is bound to strengthen the strategic bonds.

But the significance of this military, diplomatic and economic activity, and how far China and Russia will go in consolidating their relationship, is still open to debate.

On one view, it creates a coupling that is “very deep, multi-layered and long-term”, as Alice Ekman, an expert from the European Union Institute for Security Studies told a meeting of the Council of Security in the Asia Pacific (CSCAP) in Hanoi in early December.

This sees their alignment as a convergence of national interests and an ideological conviction that their systems are superior to weak and failing Western democracies.  The aim is to achieve an ultimate moral victory over the West and expunge a shared sense of “humiliation” at Western hands.

A Russian view is that the pair are intent on forging an alternative “Eurasian security system”.  Victor Sumsky, director of the ASEAN Centre at the Moscow State Institute of International Relations of the Ministry of Foreign Affairs, argues some of the momentum for the closer Sino-Russian partnership has been generated by the USA itself and a policy of “containing” great power rivals. 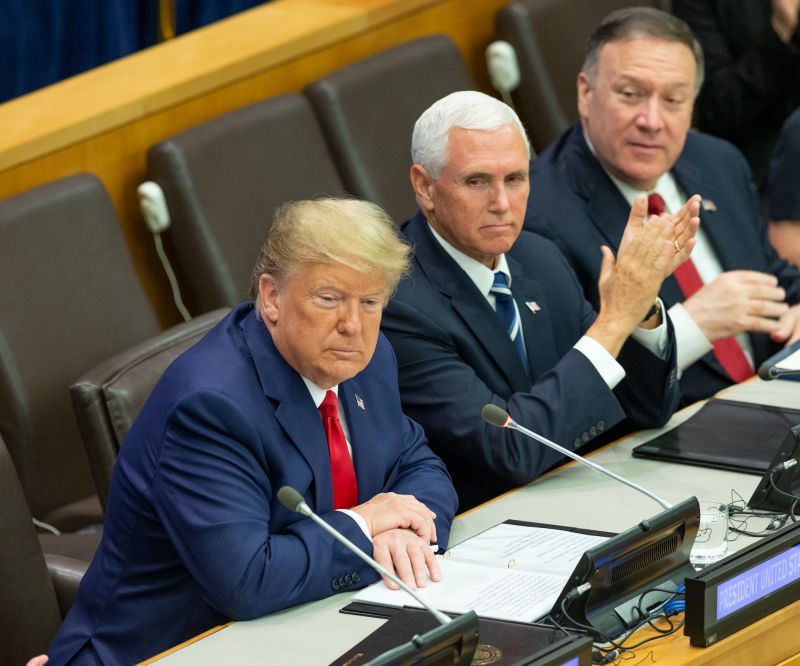 US actions are probably more accurately depicted as “strategic incoherence” – a term employed in relation to Washington’s handling of challenges from the Middle East to China.  It gives rise to the idea that the US is frequently its own greatest foe.

“China presents a major challenge to American pre-eminence or primacy in Asia and beyond but it is not an existential threat to the United States,” Ralph Cossa former president of US foreign policy research institute Pacific Forum told CSCAP. “[S]ome of the policies, practices, and priorities emanating from Washington today pose a greater threat… but Beijing currently finishes a close second.”

Yet others find grounds for scepticism over the prospect of China and Russia making effective allies in the long-term.  Many of the underlying forces that prompted the journalist Harrison E. Salisbury to write the book The Coming War between Russia and China in 1969 are little changed, despite the resolution of troubling differences over their shared border.

The relationship remains “brittle”, subject to numerous divergent interests, historic suspicions, cultural preconceptions and the inevitable stress that comes from two great powers existing in close proximity.  To keep things on track, Moscow is already forced into some awkward compromises.

Could Russia really ever be at ease adjacent to a country with the power and ambition of China?

The best description of the relationship might be as an “axis of convenience”, as the former Australian diplomat Bobo Lo put it.  Still, it is clear that, however it is characterised, their alignment does have the capacity to serve a range of interests inimical to the West, including Australia.

Just how problematic that might be will depend on how one views the likely intentions and interplay between the all the region’s major actors in a complex security system with many moving parts.

Are the great powers headed for a zero-sum game of regional or global dominance of the kind that defined world affairs during the four decades of the Cold War?

This is proving a harder question to answer.  Experts have coined a range of terms to describe the emerging security landscape, none of them entirely satisfactory.  It is variously referred to as a new Cold War, a (lowercase) “cold war”, and a “hot peace”.

While the specific features that defined the Cold War are currently missing from the great power rivalry, there are few experts prepared to rule out the possibility they might emerge.

It would require a combination of factors including a sharpening of ideological rivalry, a decoupling of the economies of the main rivals, the formation of strategic blocs along ideological lines, and the emergence of proxy conflict in third countries.

Opinions are divided on the extent to which those factors are already manifest in the geopolitical environment.  Sumsky warns that the geopolitical contest now taking shape has the power to be “more dangerous than the previous Cold War”; the environment made more perilous, in his view, by the erosion of nuclear arms control and the emergence of a new domain of cyber warfare.

The foreboding tone is echoed by a Kremlin leadership girding for a new era of tension with the West and whose strategy in part relies, like a blowfish, on amplifying the dire consequences of failing to acquiesce to its interests.

The majority of experts are not prepared to go so far.  Indonesian foreign policy leaders, for example, prefer the term “hot peace” – implying economic and strategic rivalry can managed, even diffused, by avoiding winner-take-all ideological competition and the formation of power blocs.

Speaking at the annual conference of the Foreign Policy Community of Indonesia in late November, Foreign Minister Retno Marsudi expressed the hope the hot peace could “cool down” with the determined efforts of other regional players.  One perceived advantage of the loose alignments characterising the hot peace is that “there is room for other (smaller) countries to manoeuvre”, according to Li Li, senior research professor at Tsinghua University’s Institute of International Relations. 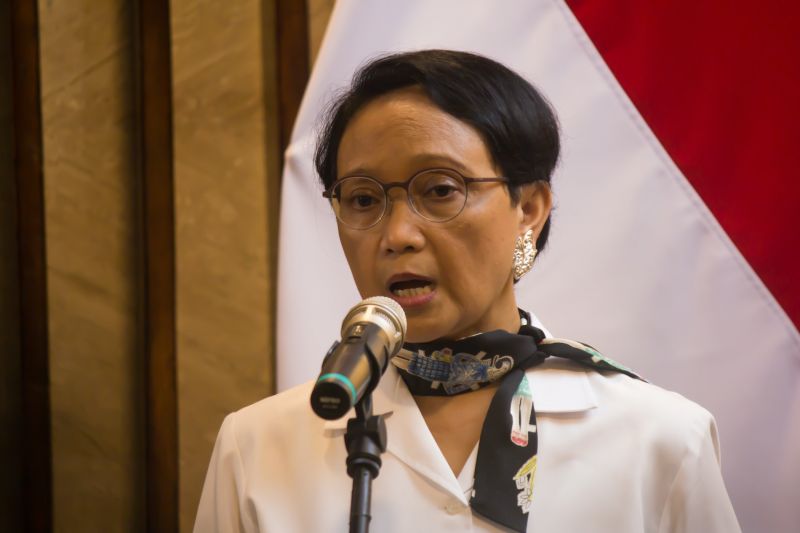 It is likely to be some time before the geopolitical scenario unfolds with clarity. Moreover, simple labels might not capture either the ambiguity or complexity of the modern great power rivalry.

It also is debatable whether old strategies like ‘containment’ – a central feature of the Cold War – even work in a more globalised international system.  The USA and China are so deeply entwined economically that the cost of disengaging might impose prohibitive costs on both.  The problem is magnified if you include other countries allied with the USA.

Moreover, the range of challenges above the level of individual states, from climate change to nuclear weapons proliferation and terrorism, mean they will be drawn into episodes of essential cooperation alongside intense competition.

But the form the rivalry takes will be powerfully shaped by the strength of the Sino-Russian partnership and the degree of coordination between them.  Their relationship might be fragile, even one of convenience, but shared hostility to the US and its alliance system for now out weights any suspicions they have of each other.  As their partnership deepens, so too does the potential for conflict with the USA.

Donald Greenlees is senior adviser to Asialink, University of Melbourne, and a visiting fellow at the Strategic and Defence Studies Centre, Australian National University.