China analyst Paul Monk reviews seven new books that address the contemporary and historic challenge of managing relations with Beijing. He finds they all add to a rich and diverse debate over the implications of China’s rise.

We are in the midst of a vital debate about our relations with a dictatorial regime in China and the international security environment. It’s a debate we must see through. Seven new books contribute to it in different ways. Of the seven, only David Brophy’s China Panic is likely to be allowed circulation in China. But Chinese Communist Party cadres will certainly read Peter Hartcher’s Red Zone. None of the others comes close to packing the punch his book does. 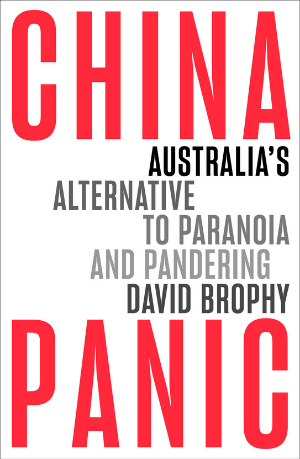 Black Inc, the creation of entrepreneur Morry Schwartz and his senior editor Chris Feik, has played an outsize role in the China debate for years now, publishing a range of voices, including Hugh White and Peter Hartcher and now David Brophy and Linda Jaivin. It is a credit to them. Would that such a range of opinions could be published in China. The personal accounts by Michael Smith and Bill Birtles of fleeing Xi’s secret police last year are good yarns and easy reads. Birtles’ is the more dramatic of the two, chiefly because of his immersion in the political crisis in Hong Kong, in 2019, and his close call in Wuhan as the COVID-19 pandemic was breaking out.

Reading Birtles, I found myself thinking of Chris Koch’s novel The Year of Living Dangerously (1978), set in Sukarno’s Indonesia, which Peter Weir made into a classic film, starring Mel Gibson, Sigourney Weaver and Linda Hunt. Birtles’ narrative has the makings of such a film. 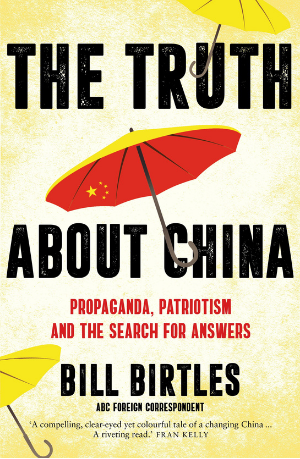 His title, The Truth About China, is pretentious, though. If journalism is the ‘first draft of history’, his book is very much a first draft. He formed a few impressions, enjoyed himself by and large and was irritated at what he describes as the secretiveness of DFAT regarding why he needed to leave the country.

Smith, by contrast, is refreshingly grateful for the professionalism and warmth of DFAT officers who shepherded him out of harm’s way. His account of being given shelter in the residence of the Australian consul general in Shanghai brought back memories of my stay there many years ago, as the guest of then consul-general Richard Rigby. During the Cultural Revolution, as Smith learned, it was occupied by Red Guards and used, among other things as an interrogation and torture centre. 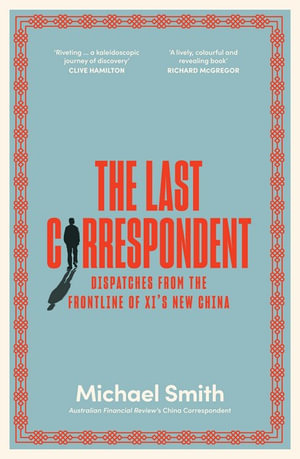 Birtles’ book is marred by his glib account of how South Korea successfully handled the COVID challenge and his complete and utter silence about Taiwan’s successful handling of it. This is all the more striking because he goes out of his way to praise the draconian handling of it — after the horse had bolted — by the Chinese government.

His obtuseness regarding Taiwan is accentuated by his remark that the January 2020 presidential election there ‘was an anti-climactic thumping win for the incumbent’. It was anything but anti-climactic. It was stunning. He plainly has no understanding of Taiwanese politics or of Tsai Ing-wen’s remarkable achievement in winning that election at all, much less in a landslide.

Both Smith and Birtles were vaguely aware that their sudden peril in China had something to do with growing strains between Canberra and Beijing. Hartcher’s is by far the best account we yet have of how those strains developed. It builds substantially on his 2019 Quarterly Essay for Black Inc, Red Flag: Waking Up to China’s Challenge.

The striking thing about Hartcher’s writing on the subject is his feistiness. He dubs the PRC the ‘Paranoid Republic of Coercion’, which is not a caricature. He believes that we face a grim outlook in relations with that PRC. His reflections make Smith and Birtles look like schoolboys who’ve been on a bit of an adventure.

The access he gained, the detail he supplies, the tone he uses and the force of his argument all elevate Hartcher’s book above the others in this set. Perhaps nowhere is his grasp of the overall situation so economically summed up as in his citation of a stunning remark by Anson Chan, who oversaw the transition of Hong Kong from British to Chinese rule, a generation ago, as chief secretary.

I don’t think Australians understand the sort of country they’re dealing with. Look at the way they are infiltrating, even in Australia. Australia is a very open society, so it wouldn’t occur to most people the designs of the one-party state. And it wouldn’t have occurred to the people of Hong Kong until we experienced it first-hand. No one should be under any illusions about the objective of the Communist Party leadership – its long-term, systematic infiltration of social organizations, media and government. By the time China’s infiltration of Australia is readily apparent, it will be too late.

That was several years before the recent upheaval in Hong Kong. You’d never guess any of this from reading David Brophy. He laments that the ‘China hawks’, among whom he numbers both Hartcher and me, among others, are winning the debate and fears where this will lead.

Sounding like a pre-World War I member of the Second International, he declares: “I see the dynamics of capitalist competition as responsible for the US-China rivalry.” We need a “progressive politics”, he declares, in place of “selective and often hypocritical critique of China”. Truly. The word bromide needs remaking when reading this book. To coin an expression, a ‘brophyde’ is an unctuous ideological sophism.

Brophy presents himself chiefly as a specialist on Xinjiang. But his account of what has been happening there is unoriginal, bland and evasive. Alexandra Cavelius is a better guide, both in her 2009 book on Rebiya Kadeer, Dragon Fighter, and for her new book with Sayragul Sauytbay The Chief Witness. Both women experienced first-hand, in Xinjiang and abroad, what Anson Chan warned us about in 2016 – the heavy hand of the Chinese Communist Party. The Chief Witness makes chilling reading. 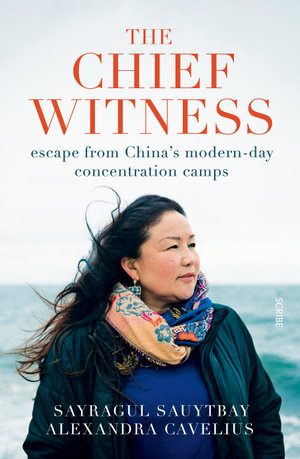 We collectively need a wider and deeper understanding of Chinese history and political culture. Linda Jaivin’s The Shortest History of China avoids brophydes while offering the reading public a quick overview of how China became what it now is: an ominous dictatorship under Xi Jinping. The reader can see that Qin militarism, harsh “Legalism” (rule by fiat not common law) and empire-building shaped the “China dream” we now confront. 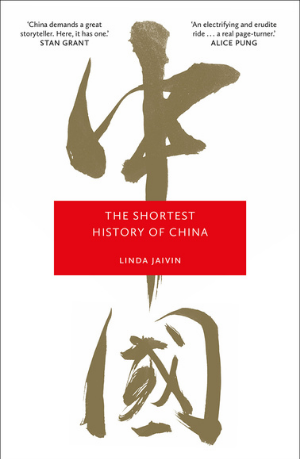 Chris Feik, to his credit, approached Jaivin to attempt a summary history of China. On the whole, it has been carried off with brio. It deserves to be widely read, given the generally abysmal ignorance of China in this country. Its occasional little glitches (Xinjiang being described as covering 167 million sq km, or Plato and Aristotle being dated “less than a century” after Thales), as well as the superficial coverage of modern political debates in China are forgivable. The book is a little tour de force. 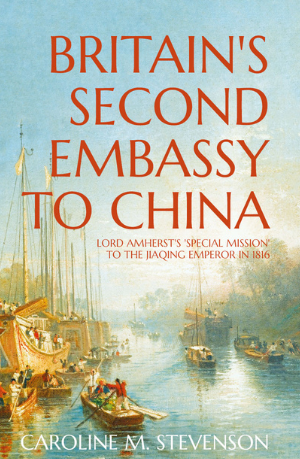 Caroline Stevenson’s detailed examination of the 1816 Amherst mission provides, by contrast, a deep dive into a neglected aspect of how the China troubles we find ourselves having to confront got started two hundred years ago. She observes that John Quincy Adams, years after he had been the sixth President of the United States, believed “the arrogant and insupportable pretensions of China” triggered conflict with England. Stevenson’s historical inquiry puts this remark in perspective.

Bill Birtles, The Truth About China: Propaganda, Patriotism and the Search for Answers (Allen and Unwin, 2021)

Paul Monk was the head of the China desk in the Defence Intelligence Organisation and has lectured on modern Chinese politics. He is the author of Thunder from the Silent Zone: Rethinking China (2005) and The West in a Nutshell: Foundations, Fragilities, Futures (2009) among other books.