An annual survey of elite opinion in Southeast Asia points to the necessity and opportunity for Australia to lift its engagement with its immediate region. Asialink adviser Chen Chen Lee and Catherine Hooton argue that by working with like-minded powers Australia can expand ASEAN’s geostrategic options and help them avoid a binary choice between China and the US.

It is wise to treat any survey results with caution. The design of the methodology and the questions asked can inadvertently lead to bias in the survey. The sample might not be representative of the larger population and the respondents might not answer honestly. These misgivings aside, the annual State of Southeast Asia Survey by the ISEAS-Yusok Ishak Institute based in Singapore has become a barometer of regional attitudes and perceptions of interested stakeholders to regional developments. In its third year, the 2021 results of the survey have generated much media interest, especially in a more contested Indo-Pacific region.

Predictably, the 2021 survey has a strong focus on ASEAN governments’ responses to COVID-19 and its impacts. It draws on the responses of 1,032 individuals in all 10 ASEAN countries. The respondents are selected from academia and think tanks, business and finance, government and international organisations, and civil society.  The survey highlights the views of those arguably most knowledgeable about the region and uncovers their perceptions of Southeast Asia.

With a handful of ASEAN countries still struggling to get the pandemic under control, it comes as no surprise that 76 percent of the respondents recorded COVID-19 health related problems as the biggest challenge in the region. The next highest ranked issues were unemployment and economic recession followed by socio-economic gaps and income disparity, both of which were exacerbated because of the pandemic. 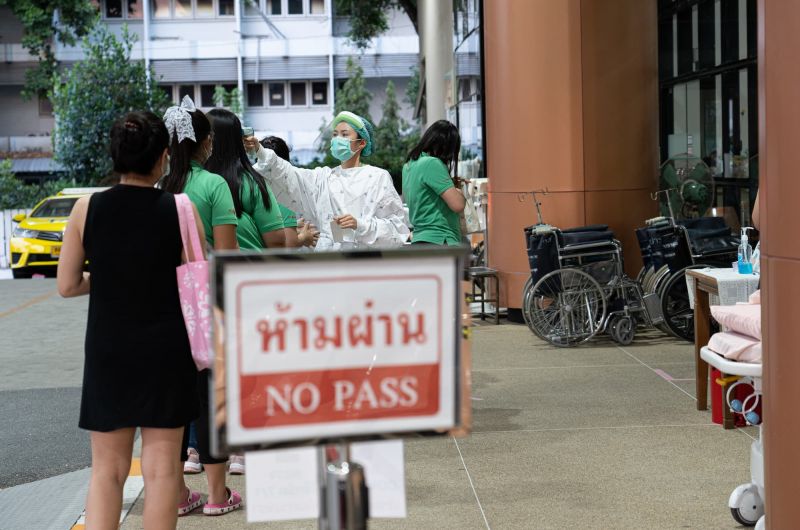 Many ASEAN countries have struggled to contain the public health and economic fallout of the COVID-19 crisis. Image credit: UN Women Asia and the Pacific, Flickr.

A significant result of the survey is the collective discomfort at China’s rapid rise to power and its political influence. Similar to last year, China remains the undisputed economic power in the region according to 76.3 percent of the respondents. Half the respondents also perceived China as the most influential political and strategic power in the region. This perception is especially pronounced among mainland Southeast Asian countries such as Lao PDR and Cambodia.

At the same time, China’s growing strategic and economic clout in the region is generating significant anxiety among the respondents. More than 60 percent expressed concerns over China’s aggressive military interventions in the South China Sea. Despite the relative success of China’s vaccine diplomacy in the region, the survey results also revealed a year-on-year deterioration of trust in China, with the majority of respondents (63 percent) having either “little confidence” (37.0 percent) or “no confidence” (26.0 percent) in China to “do the right thing” to contribute to global peace, security, prosperity and governance. This is most palpable in the Philippines (82.1 percent), Vietnam (75.4 percent), Thailand (67.9 percent), Indonesia (60.5 percent) and Myanmar (59.6 percent).

The survey was conducted after the US presidential elections in November, which may explain the marked shift in the respondents’ confidence in the US as a strategic partner and provider of regional security, from 34.9 percent to 55.4 percent this year. Additionally, when respondents were asked if ASEAN should align themselves with America or China, about 62 percent chose America. The strong support for the US is especially pronounced in countries like the Philippines, Vietnam, Singapore, Indonesia, Thailand, Cambodia and Malaysia (in that order). The “swing votes” this year are from Cambodia, Indonesia, Malaysia and Thailand.

The region’s perceptions towards China (and renewed hope for greater US engagement in the region) might provide some consolation to Australia, whose relationship with its largest trading partner has been in a free fall since last year. This could be an opportunity for Australia to extend its position as a middle power in the region and take advantage of the concerns surrounding regional power imbalances. Australia is already viewed by 7.5 percent of the respondents as a potential third-party ASEAN option when it comes to hedging against the US-China rivalry, favoured over India, Korea and the United Kingdom. The trust in Australia is more noticeable in Brunei, Malaysia, Philippines and Singapore.

For a middle-sized economy with limited resources, the survey showed a generally positive perception of Australia’s role in the region. Compared alongside major powers and countries like Japan and the EU, it is only natural that the survey has limitations in painting a more nuanced understanding of Australia’s hard and soft power in Southeast Asia.

As Australia steps up its engagement in the region, it is worth noting that only 4.3 percent of the survey respondents viewed Australia as providing the most support during COVID-19, falling behind other middle powers like New Zealand and Korea. This is perhaps worth examining as despite being viewed as providing more support, New Zealand’s aid is actually heavily focused on the Pacific region. Australia is committed to delivering substantial COVID-19 related assistance to the Indo-Pacific region under its ‘Partnership for Recovery’ framework. Last year, the Australian government also produced both economic and tangible aid such as pledging $A500 million over three years to supply COVID-19 vaccines to Southeast Asia and the Pacific region. Whether and how the region perceives this aid is a question worthy of investigation. 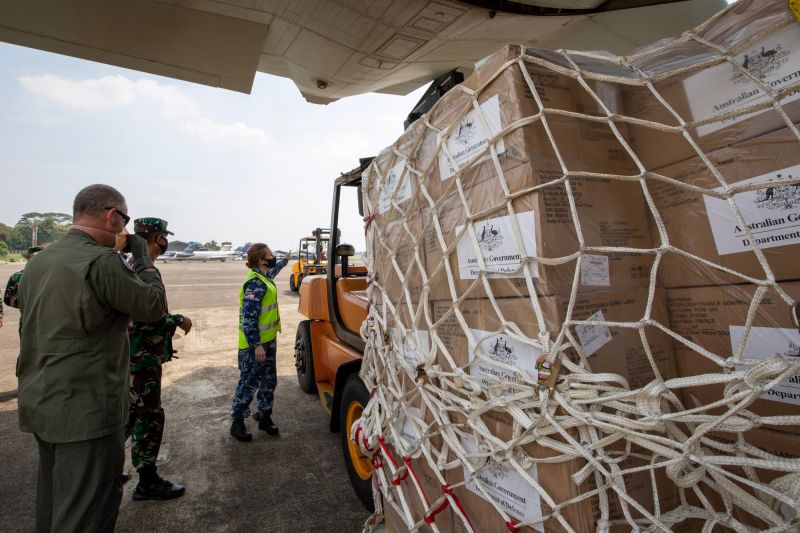 Australian aid, in the form of medical PPE and instruments, arrives in Indonesia to assist in the control of the COVID-19 outbreak, Jakarta, Indonesia - August 29, 2020. Image credit: Australian Embassy – Jakarta, Flickr.

Finally, this survey has shown the willingness to embrace regional collaboration. For example, 63 percent of respondents felt that the Regional Comprehensive Economic Partnership (RCEP) will help regional trade and investment. This partnership, which was signed by all ten ASEAN countries and six FTA partners including Australia, shows the value being placed on regional cooperation and rules-based trading system. It would benefit Australia to support ASEAN in the implementation of RCEP, which already builds on many existing trade agreements Australia holds at the bilateral or minilateral level. More importantly, the success of RCEP will no doubt support post-COVID recovery efforts and set common rules and standards for the region’s economic governance, all of which work in Australia’s favour in the long run.

As like-minded powers, Australia can do more to work with the EU and Japan, both of which command remarkable trust in the region as evinced by the survey, to put more economic and diplomatic heft into Southeast Asia. Doing so will help shore up ASEAN’s geostrategic options and avoid a binary choice between China and the US.

The ASEAN-Australia-New Zealand (AANZ) Dialogue is supported by the Australian Government through the Australia-ASEAN Council of the Department of Foreign Affairs and Trade.