In his announcement, Frydenberg referred to the Australia’s program as a "bilateral loan". He emphasised the bilateral country-to-country nature of the arrangement. And he talked of the links between prime minister Scott Morrison and president Joko Widodo. The two of them met, most recently, when the president visited Australia in February and addressed the Australian Parliament. 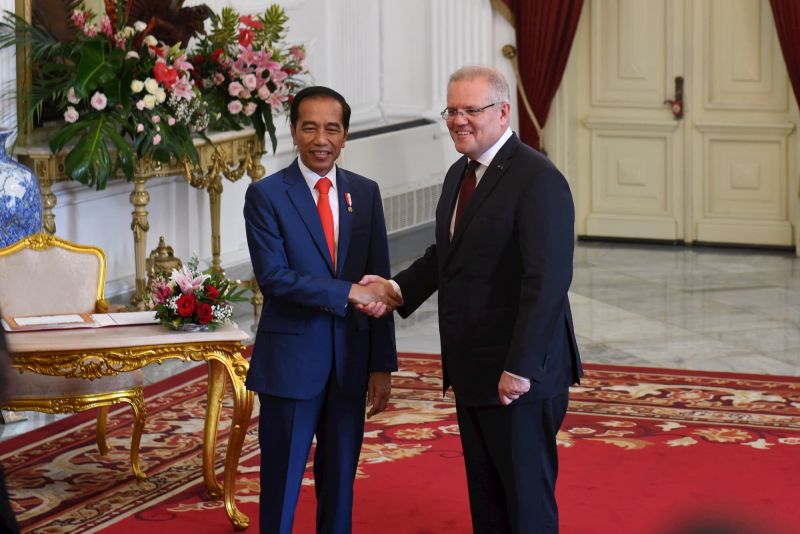 The emphasis on the bilateral nature of Australia’s loan is technically correct. But a key aspect of the activity is the wider multilateral effort that Australia is able to join in. In approving this program, Australia is partnering with other major international partners in supporting Indonesia’s efforts to combat Covid-19.  And it is very sensible—it is clearly in Australia’s interests—to join in an international program of this kind to support Indonesia’s efforts to combat the COVID-19 crisis.

The international program that Australia has joined is led by the Asian Development Bank (ADB). Earlier this year, in April, the ADB approved a US$ 1.5 billion program to support a COVID program (known as CARES) in Indonesia. In taking part in this program, Australia is in good company. Other international partners who have announced commitments are Germany (KfW), Japan (JICA), and the China-supported Asian Infrastructure Investment Bank (AIIB).

The ADB activities—and the programs of the other country partners—are designed to give broad budget support to the Indonesia government’s programs to combat COVID-19 and to promote economic recovery.

Indonesia has been hard-hit by COVID-19. While rich OECD countries have been able to mobilise huge financial and medical resources to respond quickly to the COVID epidemic, most developing countries have found it almost impossible to mount large scale emergency programs. A rough comparison of the national programs that Australia and Indonesia have each been able to mount suggests that while the response within Australia so far has amounted to over US$7,500 per person, in Indonesia the figure is less than US$200 per person.

Working with very limited resources, the main objectives of the Indonesian government’s public health and economic programs in recent months have focused on three main priorities: containing the epidemic; mitigating the impact on the poor; and planning for economic recovery.

The Australian program will help fund these activities. Indonesia’s Finance Minister Sri Mulyani Indrawati has explained that the loan will be used to support Indonesia’s budget financing this year.

Official financing, such as the sort of support that Australia and other partners is providing, is very helpful in this context. While the Indonesian Government itself has already outlined detailed plans to fund an increased budget deficit by issuing bonds, borrowing costs for Indonesia are relatively high. Furthermore,  for developing countries such as Indonesia, official international financing is often more stable as a source of funding than relying on fickle bond markets.

Another advantage for Australia from joining in the Asian Development Bank’s CARES program is that the activity has already been underway for over six months. There is already an early track record to check on. In fact, the program seems to have started well. The first official quarterly report of activities was issued just last month. And Australia was involved in providing technical assistance to prepare the report because Professor Budy Resosudarmo from the Australian National University, one of Indonesia’s most well-known economists, was a member of the monitoring team.

A key observation from this first report was that the Indonesian government’s response to the COVID-19 pandemic was been proactive and is gaining momentum. But some problems had arisen as well, such as a low level of testing and a lack of information about the impact on vulnerable groups. Various recommendations were listed to help improve the management of the program.

This loan is an important step forward in bolstering Australia’s partnership with Indonesia. Just as Australia’s forward defence programs extend well beyond our shores, so Australia’s economic involvement with Asia needs to be built on a network of international investment, trade and cooperation activities. Working with partner nations and agencies to respond to urgent challenges in nearby countries is a central part of Australia’s economic diplomacy in the region.

Peter McCawley is the former Dean of the Asian Development Bank Institute, Tokyo.