Prime Minister Scott Morrison last week announced plans to expand Australia’s military power to meet the greatest threat to our security since the 1930s and 1940s. Asialink senior adviser, Donald Greenlees, argues Morrison’s plan to ‘shape’ the strategic environment with a bigger investment in firepower needs to be matched with a similar commitment to the tools of diplomacy.

This could conceivably be interpreted by readers in Australia and abroad as a commitment to the use of smart diplomacy, greater investment in regional and global institution building, norm reinforcement, and defence engagement mechanisms such as aid, training, exercises and dialogue.

But there was an important difference between the words Morrison chose in his keynote speech at the Australian Defence Force Academy and the contents of the 2020 Defence Strategic Update document. 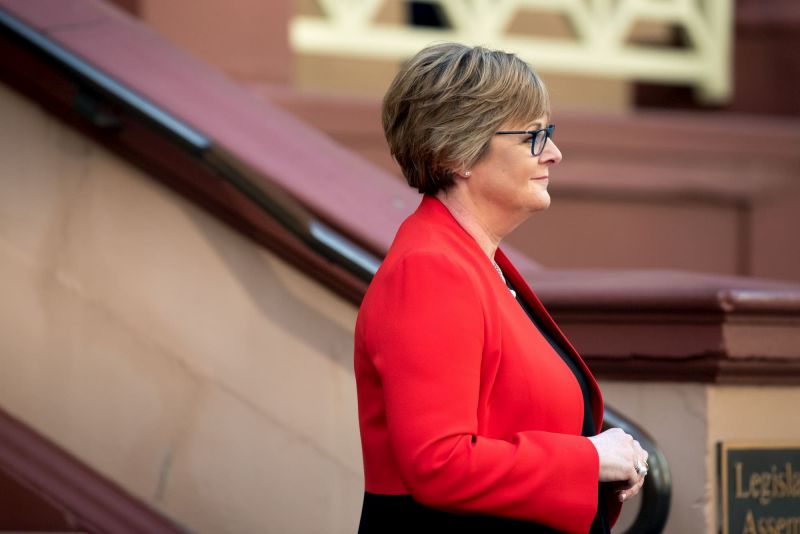 To depend purely on military means to reshape the strategic environment would be a mistake. A task as complex as managing interstate relations across Australia’s region of primary strategic interest requires more than just greater firepower.

Even the use of the word “shape” can have unfortunate connotations – Australians might hear this as a benign term; others in the region might read it as a signal of Australia’s intent to influence, even meddle in, the policies and strategic postures of other sovereign countries. As one respected Asian strategic analyst suggested on the day of Morrison’s 1 July speech, the language simply sounded “arrogant”.

This latter interpretation would be reinforced by reading the standard meaning attached to strategic “shape and influence” activities in defence circles.

The prime minister’s statement and the accompanying planning documents are intended for communication to both a civilian and defence audience in Australia and overseas, particularly in Asia.

Given the emphasis placed on shaping the strategic environment—it was the first priority Morrison set, followed by the need to possess sufficient military power to deter adversaries and respond with “credible military force” if deterrence fails—it is vital he elaborate on how such shaping will be achieved and how we expect a reshaped strategic environment to look. This should be the subject of either further (prime) ministerial statements or official documentation.

Although increased military strength bolsters our hard-power credibility and undoubtedly supports Australia’s strategic objectives in the region, it must be seen as a complement to diligent diplomatic leg work and political persuasion to narrow differences with regional neighbours and ensure a convergence of strategic interests.

The defence planning documents do a valuable service by defining clearly the geographic boundaries of our region of primary strategic interest. They range from the north-eastern Indian ocean, across maritime and mainland Southeast Asia, Papua New Guinea and the South West Pacific.

From a defence planning point of view, this allows Australia to pull back from some of the overreach in earlier strategic guidance that required ADF capabilities to be built at least in part on the possibility of global deployments.

History has shown the Indonesian archipelago and the land bridges from mainland Southeast Asia into the archipelago have provided the critical threat vectors to Australia. Indonesia, in particular, plays a role in mediating physical threats to the Australian landmass. Moreover, it’s geography and size make it the natural leader in Southeast Asia.

It, therefore, is vital Canberra tries to build and sustain a shared outlook with Jakarta on the nature of the strategic challenges and the best way to respond to them. Malaysia, Singapore and, increasingly, Vietnam are other partners in the near north that Australia needs to actively engage in the strategic dialogue.   Further north there is Japan and South Korea; to the West, India.

This is obvious and well understood in Canberra. But that does not mean Australia has always done a good job of relating to important strategic partners in the region or building durable relationships with them.

To succeed in creating a more favourable strategic environment, we need to be thinking in terms of sustainable engagement with key partners in the region. That means greater bipartisanship in foreign policy at home and a focus on reciprocity and resilience in the relationships we forge abroad.

We need to be investing heavily in creating the skills and knowledge among our defence elites to navigate the more complex and dangerous region Morrison referred to last week – too few of the top leadership have language and area expertise. The pathway to defence leadership should include more exposure to both.

We need a similar commitment to non-military aspects of relationship building, including diplomatic resources to support the effectiveness of our engagement on the ground, and greater long-term predictability in our aid budget.

In crafting our diplomatic engagement, governments need to adhere to process and ensure our positions are carefully thought out. We need to avoid thought bubbles and reflexive decisions, like the live cattle ban to Indonesia, and find constructive ways to help solve shared problems, as we did in Cambodia in the early 1990s. We need to ensure we have the level of internal coordination across governments and the private sector necessary to support an integrated national strategy for the region.

This means that in addition to spending on weapons, we have to start to reverse the decline in our spending on diplomacy. If Morrison is right in saying the perils Australia faces now are the greatest since “the existential threat we faced when the global and regional order collapsed in the 1930s and 1940s”, then it stands to reason our diplomatic corps will have to be of a very high calibre.

An Asialink analysis shows that during the era of high risk Morrison referred to in his speech Australia’s spending on diplomacy, aid and trade stood at almost 9 percent of the federal budget. It has fallen to 1.3 percent today.

The need for better resourcing equally applies to defence diplomacy and the programs that support defence engagement with the region. Defence cooperation program funding for activities in Southeast Asia actually went backwards in the decade to 2017.

Morrison started his prime ministership with a burst of activity that signalled he appreciated the importance of broadening and deepening our exchanges with Asia.

In August last year, he unbelievably was the first Australian prime minister since 1992 to make a bilateral visit to Vietnam. At their meeting in Hanoi, Morrison and prime minister Nguyen Xuan Phuc agreed to step up strategic exchanges, including an annual meeting of defence ministers and a separate vice-ministerial security dialogue.

Although the COVID-19 pandemic has forced a pause in some forms of engagement, there is a growing opportunity for Australia to engage strategically with the region if we get our diplomacy right. Differences are narrowing in direct proportion to the rise of Chinese power and assertiveness. Decisions like the ADF’s plans to acquire longer range strike weapons or increase the size of US marine rotations through Darwin are less likely to cause anxiety in Jakarta and beyond. Indeed, we potentially have opportunities to move from training to some joint operational activities.

Donald Greenlees is senior adviser to Asialink, University of Melbourne, and visiting fellow at the Strategic and Defence Studies Centre, Australian National University. The views expressed are his own.