Australia and China cooperating in the Pacific Islands? At first glance it seems absurd.

Australia-China relations are hardly warm and glowing right now. Just in the last few weeks, there’s been a focus on alleged espionage courtesy of Wang Liqiang, claims of attempted political interference through Bo Zhao, the denial of visas to Liberal MP Andrew Hastie and Senator James Paterson, and the Minister for Foreign Affairs calling out the unacceptable treatment of jailed Australian writer Yang Hengjun. In his La Trobe University Oration last month, former Australian ambassador Geoff Raby described it as the lowest point in Australia-China relations in 47 years.

And the Pacific is a serious site for Australia-China contestation. The Pacific Step Up was widely viewed as an attempt to counter China’s growing influence in the Pacific. Australia this week announced consultations for a new development policy which is being seen in the same light.

So the concept of Australia and China cooperating in their engagement with Pacific Island countries may seem ambitious. But Ministers for Foreign Affairs Marise Payne and Wang Yi discussed becoming “cooperation partners” in the Pacific when they met in Beijing. There is a memorandum of understanding with China’s Ministry of Commerce and official-level development talks. And just this week, China organised a China-Australia Forum in Hainan to discuss competition and cooperation in the Pacific, while China Matters published a policy brief. So could Australia-China collaboration in the Pacific improve relations? And would it have any positive effect on the Pacific?

Cooperating in the Pacific would be valuable precisely because it is difficult. It goes to the crux of many of the differences between Australia and China.

China exports its own development model, based on its experience of lifting more than 850 million Chinese out of poverty. It focuses on infrastructure construction, trade, and tourism, along with some health and education projects. It sees its support as “pragmatic” aid.

Australia is concerned about the effect of China’s opaque and unconditional financial support, which contrasts with Australia’s strictly administered program grants and focus on good governance and democratic institutions. But Australia cannot meet the development challenges of the Pacific alone.

There are incentives for each side to cooperate.

China is likely to want to neutralise Australia as a potential obstacle to its expansion in the South Pacific, analogous to India’s role in blocking the Belt and Road Initiative. If Australia works with other countries, it has the potential to frustrate China’s interests. Australia remains the largest donor in the region, making its highest-ever contribution to Pacific development in 2019–20. It has relations across the Pacific, including with the four countries with diplomatic relations with Taiwan that don’t recognise the People’s Republic. It has expertise and networks from decades of sustained engagement and support. On Australia’s side, it should be interested in anything it can do to make China’s impact a positive one. Given Australia’s overriding interest in stability in the Pacific, it is important to moderate Chinese behaviour that could destabilise the region, such as unsustainable debt and militarisation. Australia has an interest in improving the quality of Chinese aid projects according to what it considers to be good development standards. Chinese trade and tourism make a much-needed contribution to Pacific Islands’ prosperity.

Finally, on climate change – the human security issue identified as a priority by Pacific Island countries – China is less politically constrained in responding to these demands. China’s climate aid pool is sizable, including the US$3 billion South-South Cooperation Climate Change Fund.

There are at least three potential areas for cooperation.

First, Australia could work with China to ensure debt sustainability, for example through sharing data and taking each other into account in calculating serviceability. While there have been concerns about China pursuing debt trap diplomacy, Lowy Institute data shows that this hasn’t been borne out in the Pacific. China featured a framework for debt sustainability at the 2nd Belt and Road Initiative Summit.

Second, Australia and China could improve their donor coordination. With the Pacific the most aid-dependent region in the world, coordination between donors is helpful. For example, the budget team in Kiribati – six people in total – has to deal with 47 different donors. China is unlikely to join traditional donors’ coordination mechanisms but may be open to bilateral discussion on issues such as implementation and reporting. The establishment of the China International Development Cooperation Agency (CIDCA) gives another channel.

Finally, there’s the potential for joint projects, an idea that’s been on the table from at least 2006 from a Senate Standing Committee report. There is currently one example: the Australia-China-PNG Malaria project, where Australia provides funds and China provides medical equipment and in-kind support to improve malaria diagnosis through laboratories and research. An independent mid-term review was positive on the results. Greater trilateral collaboration would have to focus on relatively non-contentious areas such as health (e.g., measles or non-communicable diseases), or perhaps on agriculture and food security. According to foreign minister Wang Yi after his meeting with Marise Payne, “This kind of trilateral cooperation could become a new highlight, a new area in China-Australia cooperation.” 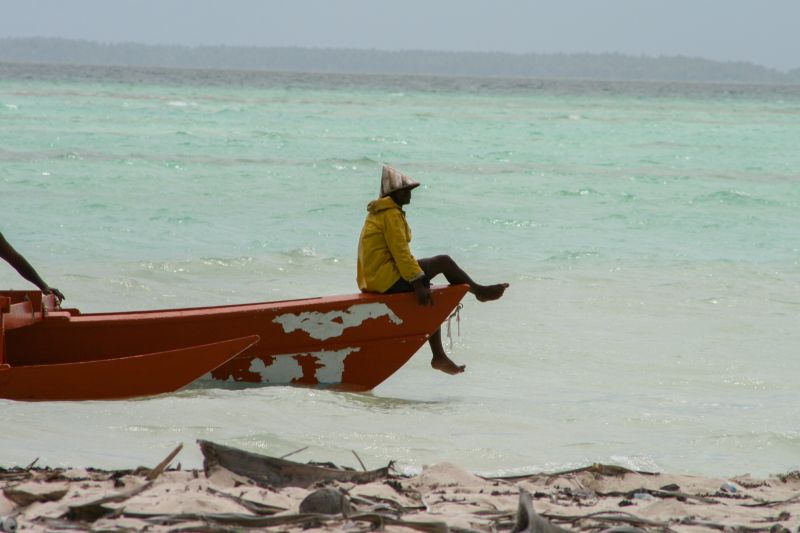 Would Australia-China cooperation be positive for Pacific Island countries? Perhaps not entirely. From the perspective of Pacific Island leaders, the emergence of China as a major player in the region has given them greater agency. They benefit from increased choice between traditional donors and China, including playing them off against each other. China’s focus on infrastructure and economy is often valued compared to the perceived interference and paternalism of Western donors.

But debt sustainability is in the long-term interest of Pacific Islands, as is reduced administration through donor coordination.

There are reasons to doubt the potential for Australia-China cooperation in the Pacific. The key thing is to keep talking. As recently as the start of this year, Chinese experts were discussing how China being active in the Pacific could help Australia-China relations; only now is China realising it might have the opposite effect. Even small steps could have a symbolic effect and help build the experience of cooperation.

This article first appeared on The Interpreter on December 13, 2019.