At the conclusion of one Indonesian election, it might seem strange to contemplate the next, but the 2019 presidential election signposts a significant transition in politics that will be evident by the time the nation votes again in 2024, writes Donald Greenlees. 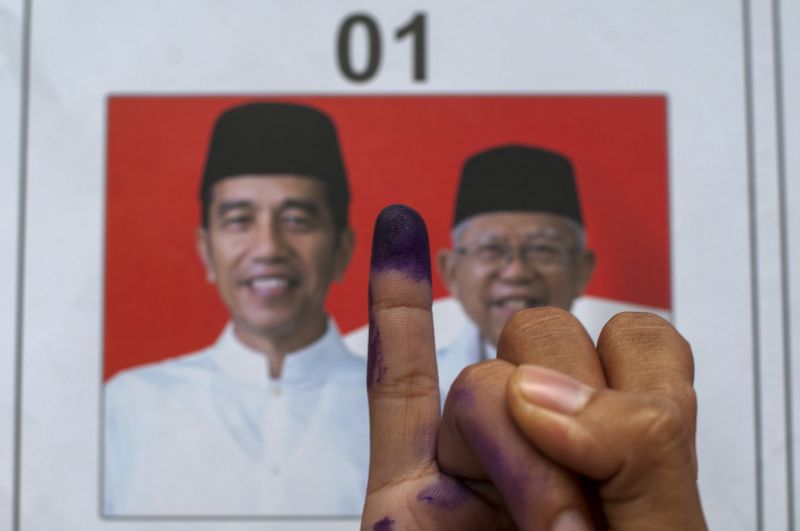 Residents show their fingers dipped in ink after distributing their voting rights in the Presidential election in Palu, Central Sulawesi, Indonesia, Wednesday (April 14, 2019). (Photo by Basri Marzuki/NurPhoto via Getty Images)