Narendra Modi won a stunning victory to be re-elected as Prime Minister of India for another five years. The big question is, will a second term reveal a business-friendly leader capable of creating the necessary million new jobs every month, or a divisive cultural nationalist?

In the most polarising, toxic election in India’s history, the voter turnout of 67.1 percent (604 million) was the highest ever. Fierce social media wars contributed to the nastiness. It is hard to say whether political discourse was coarsened more by Prime Minister Narendra Modi or his opponents.

The Bharatiya Janata Party (BJP) scored a second sweeping landslide, winning 303 seats, up from 282, and the tally for the broader ruling National Democratic Alliance coalition increased from 336 to 350. The BJP and NDA vote shares increased from 31.3 and 38.5 percent in 2014, to 37.4 and 45 percent, respectively. In the long-pursued quest to become a genuinely pan-Indian party, the BJP held its own with slightly reduced majorities in the heartland states of central and western India, failed to make significant inroads in the south, but succeeded in gaining new footholds in the non-Hindi speaking east. The BJP was ruthless in its use of state power, financial muscle and media control.

For its part, the Congress Party betrayed a shocking lack of vision, strategy and ground-level strength, refusing to refresh its leadership, organisation and policy agenda. It increased its historic low of 44 seats to 52, falling short once again of the qualifying threshold of 10 percent of seats in the 545-member Parliament to be the official Opposition. The 83 million new voters broke heavily for Modi whose muscular nationalism and aggressive self-confidence struck a visceral rapport with them. Columnists reported on their clear distaste for political family fiefdoms in general, and of the unqualified Rahul Gandhi’s aura of entitlement in particular. 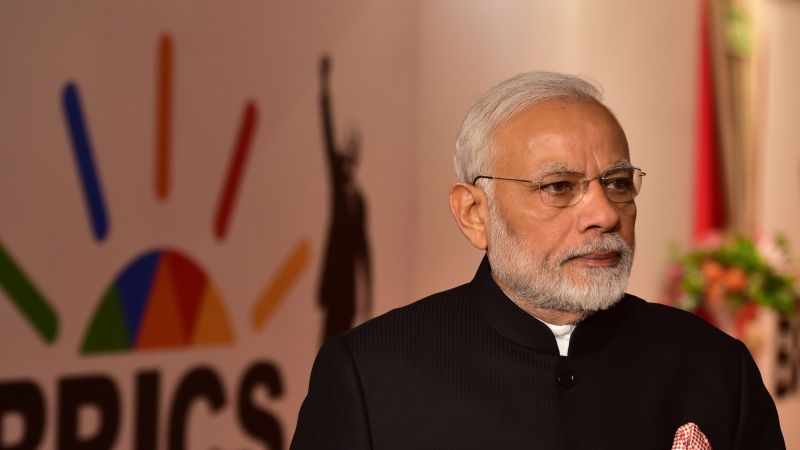 Modi might have escaped punishment because the opposition parties had not earned victory. On the big picture, Modi’s record looks modest. India is the world’s fastest growing major economy, the third biggest by Purchasing Power Parity (PPP), and the seventh biggest in nominal dollars. Despite a per capita GDP of $8,483/2,198 (PPP/nominal), it has the world’s biggest population of people to have suffered from poverty, sickness, hunger, stunting, illiteracy or sexual assault.

Modi’s national-level economic policies left a lot to be desired. Demonetisation was a disaster that stalled economic growth and imposed genuine hardships on labourers and the informal sector that dominates the Indian economy, for zero lasting gain. He failed to leverage his parliamentary majority to implement deep reforms, for example privatising non-performing state-owned banks that hold 70 percent of India’s financial assets, or prioritising a redirection of India into an export-oriented economy. India’s share of global trade is a lowly 1.7 percent.  Pragmatically incremental, rather than transformative, in leadership style, Modi continued to operate within the broad national consensus of substantial public ownership and state control.

He launched too many initiatives and, based on his Gujarat experience, centralised decision-making within his office.  India is not one state, it is a heavily regionalised federal country. State leaders have to be cajoled and persuaded into aligning their policies with national goals and priorities. Between campaigning continually for state elections and travelling like a global salesman, Modi had little time for executive decision-making and program implementation.

On a granular analysis, however, prime ministerial initiatives on quotidian issues like toilets, gas connections, housing loans, rural electrification and electronic transfers of subsidies directly to farmers, reached deep into village India. The benefits of these micro-schemes were seen and felt by ordinary folks to whom the GDP is an abstract concept. The GST was badly designed and implemented but is a sensible reform that has replaced the patchwork of state taxes and should in time turn India into a single market. The Bankruptcy Code will facilitate a more productive use of assets. Foreign investment rules have also been liberalised.

India’s elections are generally decided on three factors. The first and most important is sectarian identification with sub-caste and religion. Because all parties operate on caste and religion-based formulas for matching candidates to constituencies, they cancel one another out. But there was one key difference this time. The various upper castes consolidated behind the BJP to create a formidable new pan-Indian vote bank.

The second is the burden of incumbency, loosely connected to performance. Perceptions of widespread corruption on a massive scale contributed heavily to the defeat of the Manmohan Singh government in 2014. This year Modi campaigned on the metaphor of being the country’s chowkidar (night watchman). Gandhi’s counter-punch of chowkidar chor hai (the watchman is the thief) did not get traction.

However, Modi was vulnerable to the charge of not fulfilling promises, whether on job creation, repatriating ill-gotten wealth stashed abroad, jailing the corrupt, or speeding up growth and development. In a telling sign, he refused to campaign on the BJP election manifesto, instead alternating between attacking the opposition parties, especially Congress, and showcasing his cultural and national security nationalism in saffron-and-khaki garb, turning India into the Republic of Jingostan.

India’s urban elites are as much prone to scolds, sneers and snubs as Western counterparts, and as disconnected from the voting heartland. Their three pressing concerns were the assault on democratic institutions, the re-imaging of the idea of India from tolerant pluralism into a majoritarian Hindu-first society, and the rise of Modi as an authoritarian strongman. For the heartland masses, however, the three urgent concerns were caste and religious identity; job and income security; and teaching Pakistan a lesson. Voters trust their strongman rather than the liberal elite’s gentleman for tackling these problems.

The third is pre-poll alliances for consolidating votes of the different cohorts instead of splintering the votes by fighting one another. In the first-past-the post simple plurality system, in 2014 the BJP’s vote share increased by 12.5 percent to increase seats by a whopping 143 percent; the Congress vote fell by 9 percent to cull seats by 79 percent. They refused to learn. In Finance Minister Arun Jaitley’s sharp analysis, the opposition parties had “no agreement on either a leader or programme”. Unable to forge an alliance in many key states and united only by the negative agenda of bringing down Modi, they had no answer to Home Minister Rajnath Singh’s challenge: “Modi versus who?” Had they combined, Modi might not have won a majority and would have needed to broaden his coalition, with the resulting constraints improving the quality of governance. The fatal miscalculation will haunt the opposition parties daily for the next five years.

Modi won a second term because his government performed better than previous governments in most respects. People concluded that for all his mistakes, Modi is more deserving of one more chance than the Gandhi-Nehru family that constrained India’s growth for 60 years.

In the second term, will we see the business-friendly Modi who implements bold reforms to create the necessary million new jobs every month, for example by relaxing labour entry and exit rules to make it easier to fire and hire workers, liberalising agricultural markets and privatising big loss-making enterprises like Air India? Or, will we see the divisive cultural nationalist who refuses to check the vicious and ugly lynch mobs who threaten to turn India into a Hindu Pakistan?

Modi must embrace a transformative agenda to unleash India’s full potential. On social policy, he must reverse the sectarian polarisation, rein in the hate-spewing Hindutva mobs, and practice as well as preach inclusion. An excellent role model for him to emulate is New Zealand Prime Minister Jacinda Ardern whose brilliant performance in the immediate aftermath of the Christchurch mosque massacres in March drew global praise. In direct contrast, Modi’s domestic and international image took a big hit with his prolonged silence on the lynching of Mohammad Akhlaq in 2015 that “was abhorrent to the spirit of Hinduism”, marked “a chilling turning point” in India’s politics, and broke Modi’s global momentum.

On defence policy, the February clash with Pakistan underlined the dreadful state of India’s military acquisitions. It is long past time to rationalise and streamline the process and gain a decisive asymmetric technological advantage over Pakistan through strategic imports and fillip to indigenous production facilities. Modi must also learn to curb his boastfulness. During the campaign, he warned Pakistan that India’s nukes were not meant for the annual fireworks festival of Diwali. Such hyper-nationalist rhetoric undermines India’s efforts to project itself as a responsible nuclear power.

On foreign policy, Modi must manage a world that is simultaneously in disarray and in a state of great power flux. He has veered between courting China and being in denial on the breadth and depth of its active opposition to core Indian interests, from UN Security Council and the Nuclear Suppliers Group membership globally, to cultivating Pakistan as a thorn with which to prick India in its home region. He should cooperate where interests coincide but be firm in forging working arrangements with potential partners like the Quad (Australia, India, Japan, USA).

With the US, Modi must act on the reality that it is the most important partner for India’s economic and security interests, yet also work with Europeans, Russia and China to protect India’s interests against US abuse of its dominant position in global finance. Before long Modi might have to make the tough call between China (Huawei) and the US on 5G network, just like the Western democracies.

Modi’s early post-victory statements have been inconsistent. His religious base sees the outcome as a validation and endorsement of the cultural nationalist project to create a Hindu majoritarian state. On the day of the results, Modi sounded an ominous warning: Is chunaav mein ek bhi rajnetik dal secularism ka naqab pehen kar janta ko gumrah nahi kar paya (In this election, not one political  party was able to don the garb of secularism to make the people lose their way). But over the weekend, he added a crucial third component to his old 2014 slogan: sabka saath, sabka vikas, sabka viswas (with everyone, development for everyone, trust of everyone). By broadening its governing principles thus, he told the newly elected BJP lawmakers, the government could win the trust of minorities. He also said the next five years are a chance for India to regain its global standing. For this he will have to eschew the Hindutva project and embrace social inclusion and economic transformation.

Ramesh Thakur is emeritus professor at the Crawford School of Public Policy at the Australian National University.