From January 2020, Vietnam chairs the Association of Southeast Asian Nations (ASEAN) and simultaneously holds a seat as a non-permanent member of the UN Security Council.

That is good news for Hanoi but also a big challenge for Vietnam. Already there are three bad indicators for what should be an auspicious Year of the Rat.

Domestically, the land dispute in the village of Đồng Tâm, on the Southwestern outskirts of Hanoi, turned bloody on 9 January, worsening Vietnam’s human rights record.

In the South China Sea, China has continued to send coast guard vessels to harass and bully Vietnam to the South of Vanguard Bank and elsewhere, after its vessels harassed and bullied Indonesia in the waters of its Natuna Island.

Even as the US and China lower the temperature of their trade conflict by signing a first phase trade deal on 15 January, the US and Iran stepped up their simmering conflict, which is driving the Middle East into a new crisis that might have unpredictable influence on developments in the South China Sea and the rest of East Asia. The first troubling indicator is the saga of Đồng Tâm.

In the Christian calendar, Vietnam has started the New Year (2020) but in the lunar calendar, the Year of the Pig (2019) has only just ended.

Last weekend marked the interface between the Pig and the Rat Years when Vietnamese follow their tradition of relaxing to enjoy the New Year (or Tet). Even during the Vietnam War, both sides were supposed to stop fighting during Tet to celebrate Lunar New Year. But the Tet Offensive of 1968 was an exception as Hanoi decided to launch an unexpected general offensive against the US and Republic of Vietnam (RVN) forces, for strategic reasons.

But when thousands of armed police stormed the village of Đồng Tâm before dawn on 9 January in the lead up to Tet, they broke with the peaceful tradition. A dispute over land of a civil nature has been criminalised to become a violent conflict between farmers and the police. Farmers say they were protesting against the seizure of their land near a military airfield, for Viettel Corporation, but have no problem with the construction of the fence surrounding the airfield. The saga of Đồng Tâm follows a succession of similar land disputes over the years.

When former Communist Party Chief Đỗ Mười was briefed on the conflict between farmers and the local Government in Thái Bình province in 1997, he reportedly exclaimed “so it means we are fighting ourselves!”.  Hanoi did try dialogue with the farmers in Đồng Tâm in April 2017 when its Mayor Nguyễn Đức Chung went to the village seeking to resolve the standoff with local people to avoid violence and secure the release of 38 policemen and local officials taken hostage, yet who villagers treated well.

Unfortunately, the government appeared to see dialogue as only a delaying tactic during the standoff, and had no real intention of seeking a moderate, non-violent solution to the land dispute. Instead, it employed violence to suppress the farmers in Đồng Tâm.

Hanoi’s solution to the Đồng Tâm saga is even more extreme than that for other controversial projects it has tried to ram through, such as the “three Special Economic Zones” or “North-South super highway”. The public were shocked at the sight of the mutilated body of Mr Lê Đình Kình, 84, a popular leader of Đồng Tâm, who police reportedly shot dead at point blank range.

As party factions struggle for power in the run up to the next congress, some people even suggest Đồng Tâm is no more than a pawn in a game of thrones, part of a wider “conspiracy theory”. If this is the case, it would play into the Chinese hands.

The problem of Đồng Tâm could have been resolved in a moderate way, but now has been turned into a deadly conflict when Vietnamese should be united in a national consensus to build up the country and deal with foreign aggression.

The second bad indicator is the South China Sea.

The South China Sea has become an unpredictable powder keg, due to the rivalry between China and the US and its allies or partners. As ASEAN as an organisation is increasingly polarised by China, if Vietnam wants a successful ASEAN Chairmanship, it must be strong enough to defend national sovereignty, and rely on national consensus as its power base.

The standoff at Vanguard Bank in the South China Sea lasting nearly four months in 2019 was a significant challenge for Vietnam, which stood alone in trying to respond to China. In 2020, China is expected to increase pressure at a level corresponding to the pushback from Vietnam. In other words, the more Vietnam cedes to Chinese pressure in its maritime waters, the harder China will push. Therefore, Vietnam ought to get tougher with China and close ranks with ASEAN, in particularly Malaysia, Indonesia, and the Philippines as a bunch of tough chopsticks in the South China Sea.

According to the South China Sea Chronicle Initiative and the US Naval War College’s Ryan Martinson, between 7 and 11 January this year, about four or five Chinese coast guard vessels infringed upon Vietnam’s Exclusive Economic Zone (EEZ) of 200 nautical miles. On 10 January, they were sailing to the south of Vanguard Bank, only 169 miles off Poulo Condor islands. On 14 January, they were cruising along the Central Vietnam coastline, only 75 miles off Nha Trang. They could be an advance team for Chinese survey ships or oil rigs to come later. Vietnam’s Maritime Police vessels were deployed to stop them, but they appeared not to be strong enough to push the Chinese vessels out to international waters. Although Vietnam’s Foreign Minister Pham Binh Minh asked UN Secretary General Antonio Guterres for “continued interest in the South China Sea developments”, Vietnam has not issued an official note to condemn the incursions.

Meanwhile, Indonesia demonstrated a determination to defend its national sovereignty when Chinese fishing boats and coast guard vessels infringed on the Natuna Island waters. On 30 December last year, the Indonesian Foreign Ministry summoned the Chinese Ambassador to receive a note of official protest over the infringement by more than 30 Chinese fishing boats escorted by coast guard vessels in Natuna waters.

On 8 January, President Joko Widodo visited Natuna Island for the fourth time. Before that, on 6 and 7 January, Indonesia sent four additional naval vessels to support four already on station and four F-16 fighters there to defend its national sovereignty.

In the face of Indonesia’s strong response, the Chinese Foreign Ministry explained “there has been no dispute of territorial sovereignty between China and Indonesia”. After 8 January, most Chinese vessels withdrew from Natuna waters, but they stepped up activities in the overlapping zones between Vietnam and Indonesia, near Vanguard Bank. This is part of China’s attempt to divide ASEAN members. 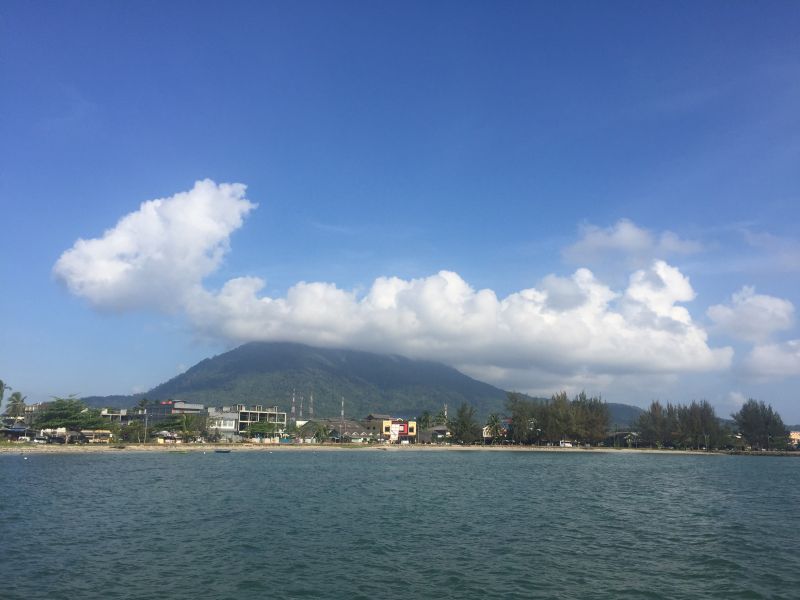 The Vietnam-China standoff at Vanguard Bank in 2019 shows that China was ready to use force to bully regional states and divide them. In the context of the US-China trade war and strategic rivalry, the disunity in ASEAN caused by polarising Chinese actions in the South China Sea is a challenge to Vietnam’s successful chairmanship of the regional group in 2020.

In the immediate future, Vietnam should coordinate to foster greater unity and consensus among ASEAN members by taking advantage of President Donald Trump’s invitation for their leaders to attend a Special US-ASEAN Summit in Washington in early 2020.

The third challenging set of issues facing Vietnam in the new year is developments in the Middle East.

On 3 January the US used drones to attack and kill Iranian General Qasem Soleimani. Perhaps Soleimani was not aware of the danger when he was visiting a military base in Iraq. It led not only to his sudden death but also potentially became the last straw to turn the Middle East into a spiraling crisis of three key dimensions.

First, US-Iran ties have soured since Washington withdrew from the nuclear deal that former President Barack Obama signed with Iran in 2015. The death of Soleimani has forced Iran to retaliate to at least keep face. According to CNN, on 8 January, Iran launched 15 missiles at two military bases in Iraq where US troops were stationed, but caused only minimum losses. It was a limited reaction indicating both sides are not yet ready for war.  Still, the human cost of ratcheting up tensions came immediately clear with the tragic downing of Ukraine International Airlines Flight 752 with the deaths of all 167 people on board.

Second, US-Iraq ties became tense as the US attack killing Soleimani was a serious violation of Iraqi sovereignty, making Baghdad concerned that it might get caught in the middle of a US-Iran confrontation. Iraqi Prime Minister Adel Abdul Mahdi said the US drone attack was “a brazen violation of Iraqi sovereignty and a direct attack on national dignity”. Instead of a withdrawal, the US has had to mobilize an additional 3,000 troops for the Middle East.

Third, US-China and US-Russia ties could become even more complicated. Iran is only a regional power, and unlike China or Russia, not really a rival to US power. If the US really wanted to execute a pivot to Asia as it planned under Obama or an Indo-Pacific vision as promised under Trump, it must withdraw forces from the Middle East. But now, in the context of a looming US-Iran conflict, the US might get bogged down in the Middle East while it has to deal with China in the South China Sea and elsewhere in Asia. 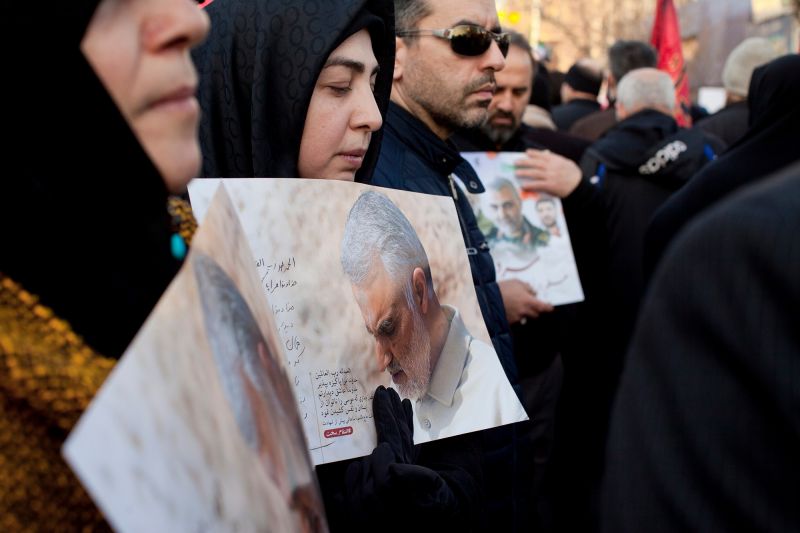 According to the journal Foreign Affairs, by killing Soleimani, one of the most powerful figures in Iran, Washington has played a dangerous gambit. Iran might enrich uranium to a sufficient level of refinement to produce nuclear weapons. It might take the dangerous step of withdrawing from the Nuclear Non-Proliferation Treaty (NPT) and expel international inspectors.

Rising instability in the Middle East following the US killing of Iranian General Qasem Soleimani, will inevitably see Washington’s attention move away from Asia.

We should be concerned that the looming US-Iran conflict is taking place right at a time when the US and China have just concluded their talks for the first phase of a trade deal. This has several implications.

First, China might feel the trade deal would give it a new opportunity to take actions in the Middle East, like supporting Iran against the US. Second, if the US got bogged down in the Middle East, it might not be able to pivot to Asia to deal with China’s rising power in the South China Sea and execute the Indo-Pacific vision.

If this option became a reality, it would be a very bad scenario for Vietnam and ASEAN. In this perspective, the violent turn of Đồng Tâm saga and its aftermath would only serve China’s interests, as Vietnam has unwittingly “shot its own foot”.  The police’s conflicting narratives of what just happened in Đồng Tâm would discredit themselves.

What just happened in Đồng Tâm is certainly not in Vietnam’s national interest. This would further hurt national unity at a wrong time when Vietnam is bullied by China. In fact, it would add another ugly page to Vietnam’s human right record, and discredit those who were behind this unpopular move, in the run up to the next Party Congress.

Nguyễn Quang Dy is a Harvard Nieman Fellow (1993) and retired Vietnamese diplomat. He is now an independent researcher and freelance journalist based in Hanoi.