Alan Pert was appointed Director of Melbourne School of Design in October 2012. The appointment followed 6 years as Professor of Architecture and Director of Research at the University of Strathclyde in Glasgow, Scotland. 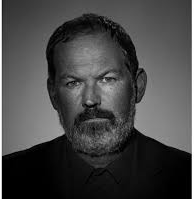 Alan Pert was appointed Director of Melbourne School of Design in October 2012. The appointment followed 6 years as Professor of Architecture and Director of Research at the University of Strathclyde in Glasgow, Scotland.

Alan is also an acclaimed architect. As Director of NORD (Northern Office for Research by Design) Alan aims to carry out practice-based research, analysing and forging propositions across writing, discourse, exhibitions, education and building. NORD was established to allow the practice of architecture and research to coexist. It is through the practice of architecture and design that NORD undertakes its research, often by using competitions and live projects as vehicles to develop and test ideas.

Current projects include a major regeneration project for the ‘potteries’ in Stoke on Trent, England, A Maggie’s Cancer Care Centre and an 18-bed Palliative Care Hospice in the UK. The new furniture galleries for the Victoria & Albert Museum, has recently been completed and the Primary Substation for London 2012 has been featured in a number of international journals as well as being the winner of an RIBA Award and European Brick Award in 2011. In 2006 NORD were awarded the title of Young Architect of The year by Building Design Magazine whilst the following year, NORD were awarded the title of Scottish Architect Of The Year by RIAS and Prospect Magazine. The recently completed ‘Shingle House’ for Living Architecture has reached the RIBA Manser Medal shortlist, while a new studio complex for Artist’s in Glasgow won the highly acclaimed Doolan Prize at the end of 2013.

Alan is also a partner in the AHRC funded ‘Invisible College’ project, which brings together academics, policy makers, artists and local people to tackle issues of regeneration, conservation and education. Modelled on the experimental networks of the early scientific revolution, and Patrick Geddes summer schools in the late nineteenth century, the Invisible College aims to convene interested parties for a series of walks, activities and debates which will make proposals for the future of a controversial landscape and Heritage listed building.