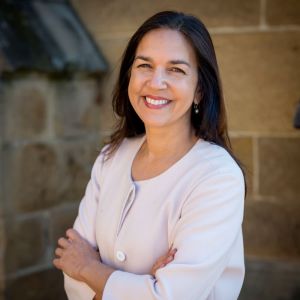 Representing Australia as an influential professional, Lisa has been advancing Australia’s social and economic ties with the Indo-Pacific region for the past decade. As a Senator on the Joint Parliamentary Committee on Foreign Affairs, Defence and Trade, she actively participated in a number of inter-country dialogues including the Australia India Institute, the Lowy Institute and the Australia-India Youth Dialogue. In 2016 representing Australia, Lisa was seconded to the United Nations General Assembly.

Lisa’s career has focused on the promotion and protection of human rights, foreign affairs and trade policy, international development, the environment, governance and access to justice. She has published widely and speaks regularly on these issues.

In recognition of her advocacy, the President of India awarded her the highest civilian honour, the Pravasi Bharatiya Samman, for her exceptional and meritorious public service as a person of Indian heritage fostering friendly relations between India and Australia.

Lisa holds a Bachelor of Arts with Honours from the University of Tasmania and a Masters in International Relations from Macquarie University.