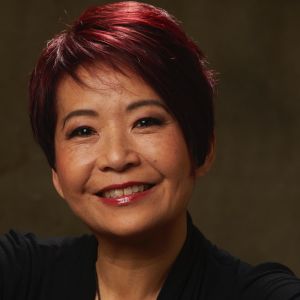 Annette Shun Wah is a writer, broadcaster, producer and theatre-maker. She is currently Artistic Director of two arts entities that champion Asian Australian artists, and international connections between Australia and Asia.

Annette has led Contemporary Asian Australian Performance (CAAP) since 2013 as its Executive Producer, and in 2021 becomes its Artistic Director. CAAP is the only professional performing arts company dedicated to bringing Asian Australian stories and artists to main stages nationally and internationally. Its acclaimed productions have been programmed by major festivals around Australia. Since 2016 CAAP has been a resident company at Carriageworks in Sydney.