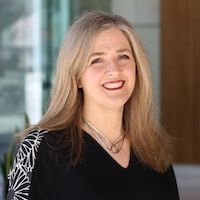 Melissa comes to Asialink after 13 years as National Executive Director of the Australian Institute of International Affairs (AIIA). Under her leadership, the AIIA was recognised as the Top Think Tank in Southeast and the Pacific and one of the top 50 think tanks worldwide in the University of Pennsylvania’s Global Go To Think Tanks Index for three years running.

She has delivered more than 40 dialogues at the AIIA, establishing and sustaining networks among Australian and international leaders through Track II dialogues involving academics, government officials, media and business. She is also a regular commentator on Australian international relations.

Melissa is a lawyer and specialist in conflict resolution, including negotiation, mediation and peace education. She was Program Manager of the International Conflict Resolution Centre at the University of Melbourne and Senior Fellow of Melbourne Law School.

In 2017, she co-authored Think Tank Diplomacy, the first-ever book length discussion of the role of think tanks in modern diplomacy.

In 2019 Melissa was honoured as a Fellow of the Australian Institute of International Affairs in recognition of her distinguished contribution to international affairs.

For media or speaking enquiries, please contact Melissa on melissa.conleytyler@unimelb.edu.au or 0409765787