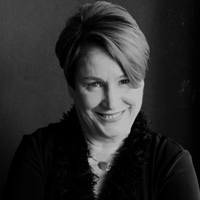 Kathe Kirby is a Director of the Asia Education Foundation (AEF) at Asialink at The University of Melbourne. AEF was established by the Australian Government in 1992 to lead, promote and support the studies of Asia and Asian languages in Australian schools and to shape a globally competent school curriculum relevant to Australians – and Australia – in the twenty-first century.

Kathe has a background in school education with a long-term focus on innovation in education. She has worked in and with China, Japan, South Korea, Vietnam, Laos, Cambodia, Thailand, Indonesia, India, the USA and New Zealand. Kathe previously worked in the areas of education policy, teacher education and as a secondary teacher. She is a Board member of the Foundation for Young Australians and Executive Director of the Global Education Leaders Partnership.  She is a Churchill Fellowship awardee and a well-known media commentator on Asia and languages in Australian schools.